While many across the globe started to pay tributes and thousands gathered outside the gates of Buckingham Palace, in light of the late monarch, identical twins and singing duo John and Edward Grimes called for the end of the monarchy. The 30-year-olds, who are best known for their time on The X Factor back in 2009 as well as previously appearing in Celebrity Big Brother, tweeted from their shared social media account that is followed by more than 600,000 people: “Abolish the monarchy and give the people real democracy!”

The pair have made several separate tweets airing their opinion on the monarchy including the following which was posted on September 10: “King Charles should hand back the six Irish counties on his visit to Northern Ireland – No war! Just words! It’s time.”

Having been met with mixed emotions by followers and Twitter users, on September 13, Jedward has since claimed they have been sent death threats.

The siblings tweeted: “Psychos are sending us death threats! Your threatening behaviour and criminality will not intimidate us.”

Gaining more than 4,000 likes on the tweet, many of the twin brother’s fans rallied around them, advising the stars to report the abuse they are receiving. 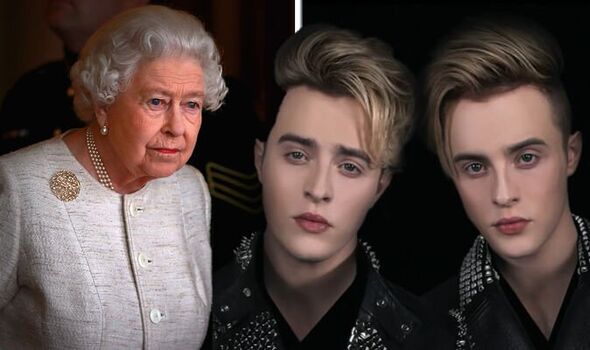 @LisaHafey tweeted: “Wow society has come to this! Hope you’re okay! Know that you are truly loved!”

User @SweetAnniina added: “That’s insane. Why can’t people just agree to disagree on things and let it be, it is what it is. No matter the subject.

“There’s no right or wrong on some stuff, just opinions.”

Stating that the singers had every right to share their views, with individuals needing to agree to disagree, other Twitter users took the chance to try and defuse the situation.

@ewaricky wrote: “People don’t always have to agree with each other but cruelty shouldn’t take place. It’s always difficult to read things like this but I know that you do what you think is right.

“I only hope that you will be very careful. Maybe it’s a selfish request but you know how much I like you.”

Continuing to share their opinions on the monarchy, most recently Jedward tweeted a picture with the words “Not my King,” along with the caption “Freedom of Speech”.

Their Twitter antics have in some cases caught the eye of a few celebrity faces. 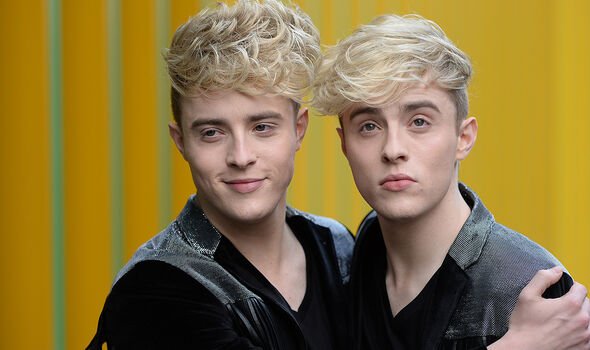 Jedward previously tweeted: “Hi Royalists – British Imperialism was the cause of the Irish famine and millions of deaths around the world. We mourn for them. Sincerely, Ireland.”

In response, Coronation Street actor Charlie Lawson, who is best known for playing Jim McDonald, left a foul-mouthed reply to the pair writing: “Shut up y’pair of t**ts!!”

The Dublin-born singers, who came sixth in The X Factor, have also begun tagging the official Twitter account for Prime Minister Liz Truss and the official page of the Royal Family, challenging them on food banks closing on the day of the Queen’s funeral on September 19.

They wrote: “Why are food banks being closed? The Homeless and vulnerable families shouldn’t suffer @RoyalFamily @10DowningStreet.”

Gaining just over 9,000 likes on the tweet alone, Jedward then went on to call the cancelling of funerals and rescheduling cancer treatments “inhumane”.

This seemed to attract even more attention to the pair, gaining more than 31,000 likes, seemingly striking a nerve with the public as social media users once again in the comments, individuals agreed or disagreed with the star’s views.

@ActiveTravelNet wrote: “I respect and sympathise with those who want to spend the day mourning. However, for the majority of people, they just want to get on with their lives. Millions of people will be negatively impacted both financially and medically because of this imposed bank holiday.”

@JamieLFC901 added: “Most likely being cancelled because staff are being given time off for the Queen’s funeral. I’m sure if it means NHS staff getting an extra day off most people won’t begrudge them of that.”

Others were quick to state that some of Jedward’s opinions may be slightly incorrect, pointing out that emergency, urgent and cancer services will still go ahead in areas including Bedfordshire hospitals and Norfolk and Norwich University Hospitals, and the Aneurin Bevan health board in Gwent and others but only a reduced routine service will run.

The Guardian reported that operations cancelled include hip and knee replacements, cataract surgery, maternity checks and some cancer treatments.