Jill Dillard and Derick Dillard will soon be a family of five. The couple announced Jill’s pregnancy in February 2022. Their announcement was met with joy by fans who have followed the unlikely rebel Duggar’s metamorphosis. Now, the couple is sharing even more information with their fans. The duo just announced the gender of their new addition.

In October 2021, Jill and Derick revealed they had suffered a miscarriage shortly after finding out that they were expecting. The duo went on to say that they were too early in the pregnancy to tell their child’s gender. They opted to name their baby River Bliss Dillard.

Derick and Jill Dillard received messages of sympathy and support following the announcement. They aren’t the first Duggar couple to suffer a miscarriage in recent years. Lauren Swanson and Josiah Duggar suffered a miscarriage before their daughter Bella Milagro Duggar was born in 2019. Rumors suggest Lauren may be currently pregnant, but no announcement has been made. Lauren and Josiah have opted to live a social media-free life. Jinger Vuolo and Jeremy Vuolo navigated a miscarriage, as well, as have several other Duggar family members.

Jill and Derick’s sad news was met with sympathy from fans, but joy would overtake that feeling soon enough. In February 2022, the couple announced that they were expecting a rainbow baby in July 2022. Duggar family followers quickly pointed out that Derick and Jill likely found out they were expecting during Josh Duggar’s child pornography trial. 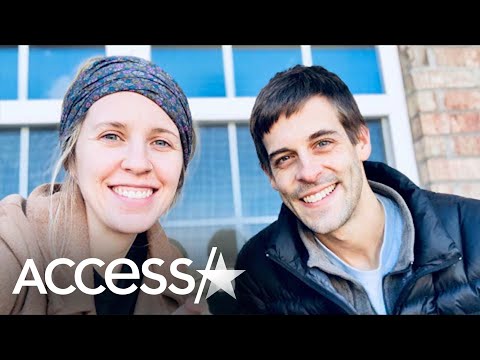 Jill Dillard’s announcement came during a serious lull in Duggar family news. The only other Duggar family member who announced a pregnancy in recent months is Jedidiah Duggar. Jedidiah and his wife, Katey Nakatsu, who wed in April 2021, made the announcement in September 2021. In January 2022, they announced they were expecting a baby boy in a YouTube video.

Jill and Derick just revealed the gender of baby number 3

It’s all blue again for Derick and Jill. On March 24, Jill and Derick announced the gender of baby number 3. The couple revealed that their third child is a boy in an Instagram post. The couple appeared to repurpose their pregnancy announcement photos for their gender reveal.

Derick and Jill Dillard are already experts at raising boys. They are parents to two boys already. Israel David Dillard was born in April 2015. He arrived just 10 months after Jill and Derick’s wedding date. Their second child, Samuel Scott Dillard, was born in July 2017. Sam’s arrival appeared to be the catalyst for Jill and Derick’s split from the majority of the Duggar family. The couple’s relationship with Jill’s parents, Jim Bob and Michelle Duggar, remains strained.