Brittany Cartwright says losing baby weight ‘has been a struggle’

Brittany Cartwright is beaming with pride after dropping the baby weight – and now she’s taking fans along for the journey.

The “Vanderpump Rules” alum, 33, took to her Instagram Stories this week to share a series of pictures and videos of her slimmed-down figure from her recent photoshoot with Jenny Craig.

“So excited to show y’all my progress!!” exclaimed Cartwright, who welcomed son Cruz with husband Jax Taylor, 42, in April 2021.

The reality star previously revealed that she wanted to lose 30 pounds after giving birth to baby Cruz, and became the weight-loss program’s newest spokesperson in January.

She began her “sneak peek” series with a few shots of herself dressed in a silk purple camisole and dark skinny jeans.

Cartwright then slipped into a short red dress and matching pumps, as seen in a fun boomerang. 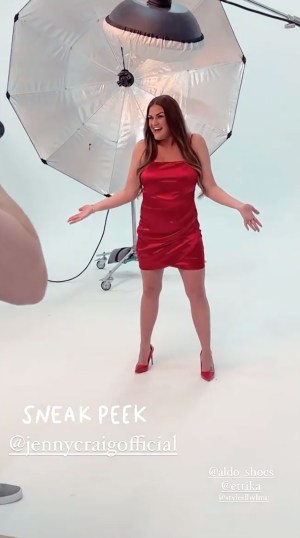 Next, the mother of one was seen sitting in a glam chair, surrounded by hairstylists and makeup artists who were prepping her for her “last look of the day!” Her long, caramel tresses were pulled up and back into a high updo, as Bill Withers’ “Lovely Day” played in the background.

Cartwright’s stylist for the shoot also shared some “behind-the-scenes” gems, including one of the former Bravolebrity in a black low-cut cocktail dress and a royal blue off-the-shoulder number. 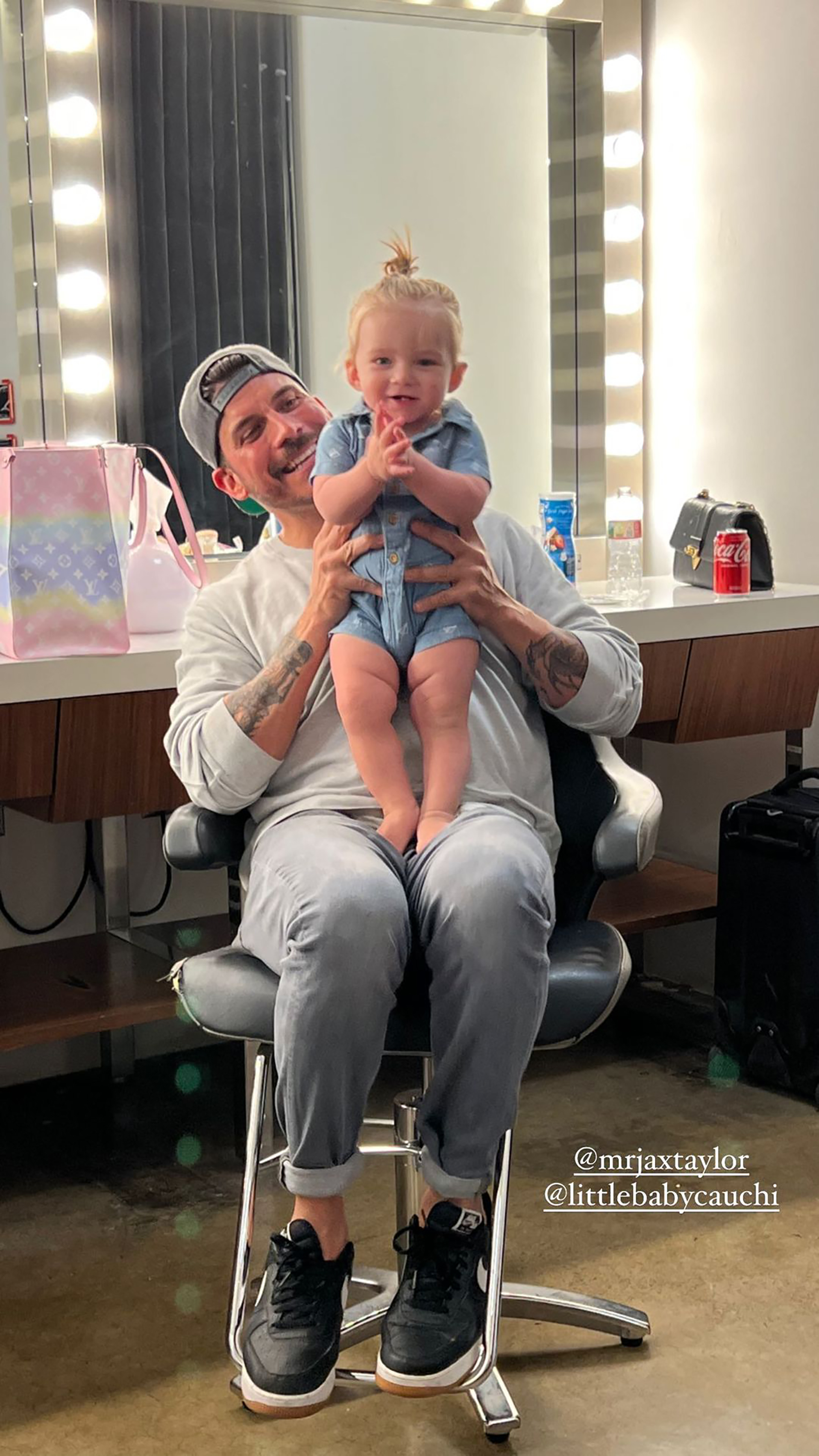 Even baby Cruz got in on the action! At one point he was seen enjoying “set life” in his own little glam chair.

“Are you getting ready?” Cartwright asked the tiny tot, as he giggled while getting his blonde hair combed to the side.

Though she’s “incredibly proud” of her body and the life it created, the former reality star previously said she joined forces with Jenny Craig to “get healthier” for her family. 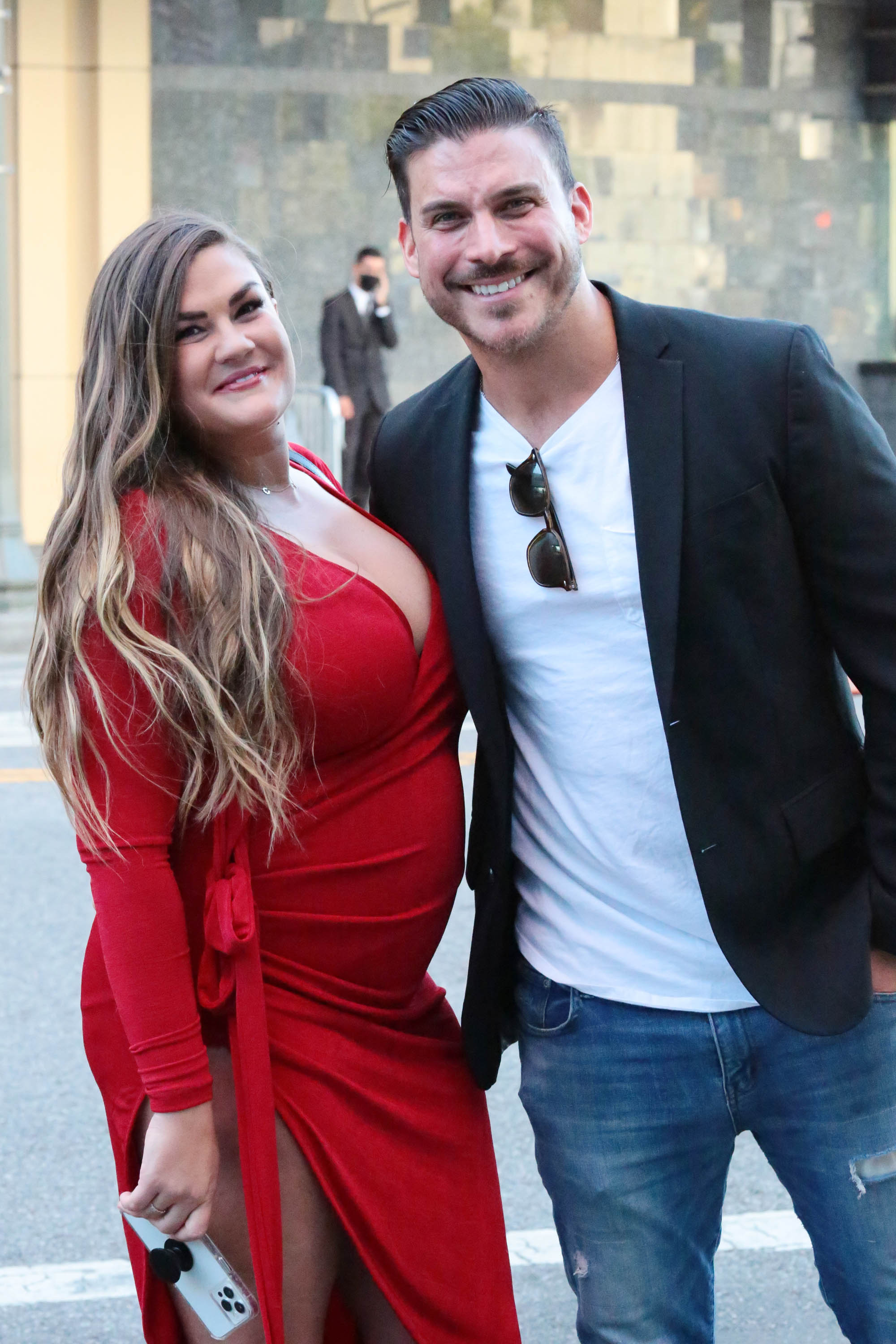 “I want to be the best version of myself for my son,” she told People back in January.

“Since having Cruz, postpartum weight loss has been a struggle and something I’ve been very vocal about with my community.”

Though she has perfected the social media clapback at trolls who comment negatively on her body, she admitted it’s “still hurtful” to see. 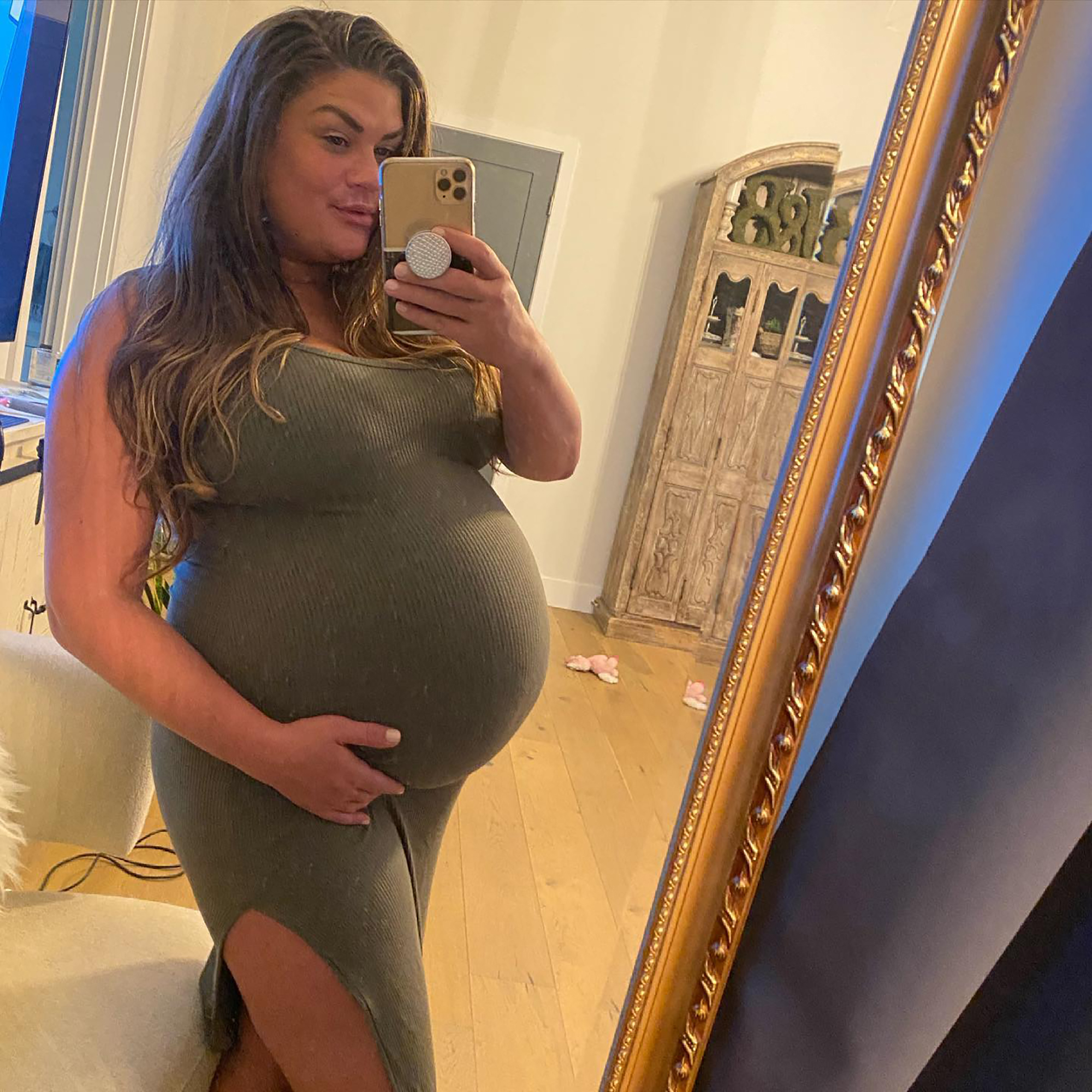 “But I remind myself that every single body is powerful and beautiful, and that I’m particularly proud of mine,” she shared. “It gave me Cruz! And then I go and cuddle my son.”

Cartwright encouraged fellow new moms to “move at their own pace” and do what feels right for them because “every person’s body is so different and uniquely beautiful.”