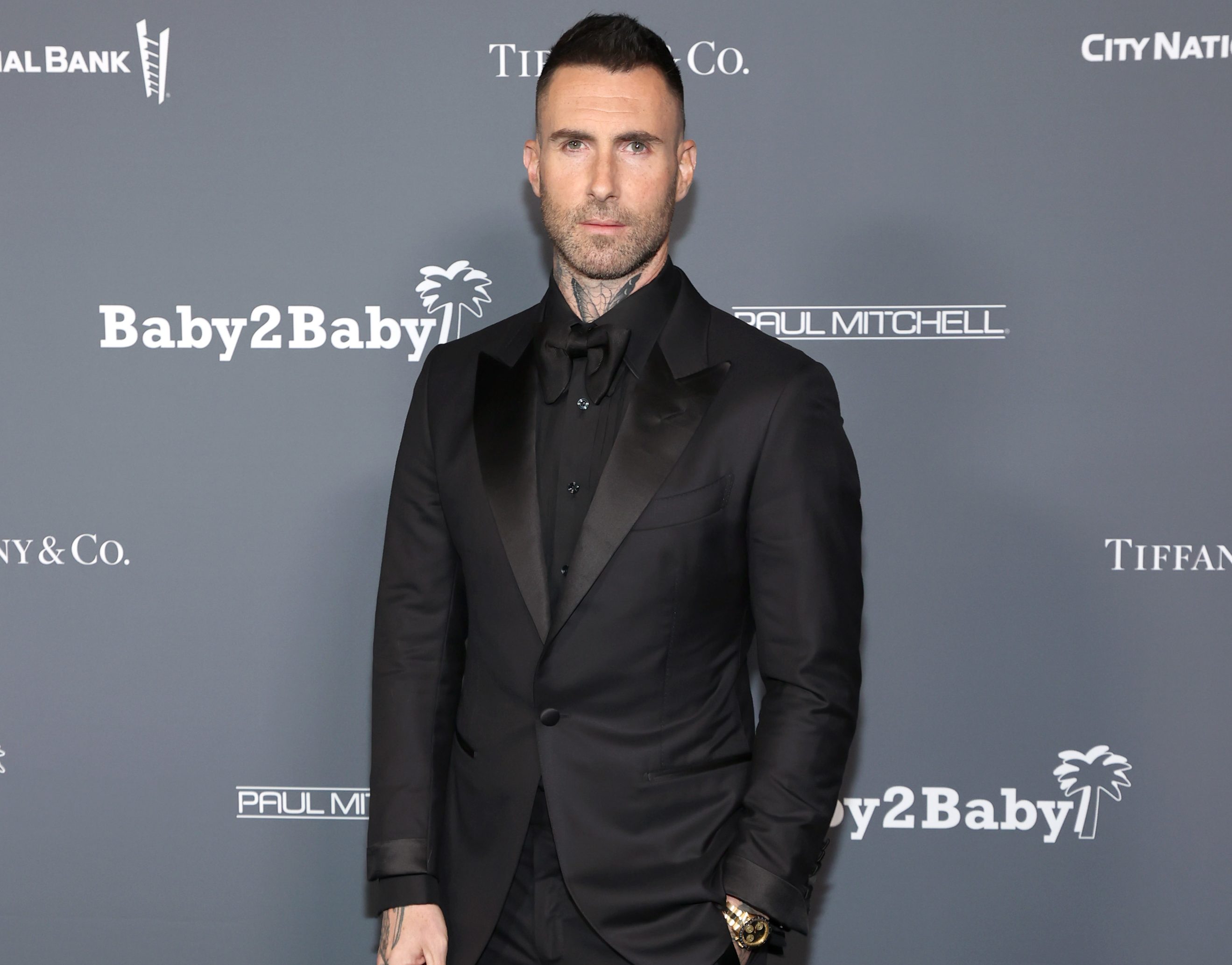 Adam Levine has spoken out over allegations that he had a ‘year-long affair’ with an Instagram model.

They are parents to two daughters – Dusty Rose and Gio Grace – and recently confirmed that baby number three is on the way.

On Monday, Sumner Stroh shared a TikTok video, claiming that she had an affair with the 43-year-old, explaining that she felt ‘exploited’ by the situation.

The She Will Be Loved singer has now addressed her claims, explaining that he used ‘poor judgement’ in speaking to anyone that wasn’t Behati in a ‘flirtatious manner’.

Taking to his Instagram story, he vowed: ‘A lot is being said about me right now and I want to clear the air. I used poor judgment in speaking with anyone other than my wife in ANY kind of flirtatious manner.

‘I did not have an affair, nevertheless, I crossed the line during a regrettable period of my life.

‘In certain instances it became inappropriate. I have addressed that and taken proactive steps to remedy this with my family.’

‘My wife and my family is all I care about in this world. To be this naïve and stupid enough to risk the only thing that truly matters to me was the greatest mistake I could ever make,’ he continued.

Sumner made headlines when she spoke of their alleged tryst on TikTok, claiming: ‘Essentially, I was having an affair with a man who is married to a Victoria’s Secret supermodel.

‘At the time, I was young and naïve. And I mean, quite frankly, I feel exploited. I wasn’t in the scene like I am now, so I was definitely very easily manipulated’.

embarrassed I was involved w a man with this utter lack of remorse and respect. #greenscreen

She named Adam and then shared screenshots of Instagram DMs, appearing to be sent from the musician, which read: ‘It is unreal how f***ing hot you are. Like it blows my mind.’

However, things took a turn when she said they had stopped speaking for a few months, before he allegedly messaged her to ask: ‘Ok serious question. I’m having another baby and if it’s [a] boy I really wanna name it Sumner. You ok with that? DEAD serious.’

She insisted that she didn’t want to make the situation public knowledge, but had confided in a ‘friend’, who had threatened to take the story public.

Sumner did not confirm the timeline of the alleged events, but her screenshots detailing their alleged final interaction appeared to be on June 1.

In a follow-up video, she added that ‘hindsight is 20/20’ and that she initially wanted to share how ‘remorseful, embarrassed and disgusted’ she feels, but didn’t want to make it appear as though she is the victim in the situation.

‘I was under the impression that their marriage was over. I believed that they were keeping it quiet to avoid the negative press, because as I said, I was new to LA. I just assumed that, with celebrities of that calibre, that’s how it was.

‘That’s why I feel exploited because he knew I believed everything he said. Because of my vulnerable position of being new to LA.’

She said that, when she realized that this was not the case, she made the decision to ‘cut things off with him’.

Adam and Behati first met in 2012 when the singer was looking for a model for a music video, and a mutual friend suggested his now-wife.

They tied the knot in 2014, before welcoming their first child, Dusty, two years later.

In 2018, they added to their family once again with Gio.

Over the weekend, Behati confirmed that they are set to expand their brood once more, sharing a glimpse of her growing baby bump on Instagram.