Michael Consuelos is back on ‘Riverdale’ — and he looks more similar to dad Mark Consuelos than ever! See the uncanny resemblance.

Mark Consuelos‘ mini-me son Michael Consuelos, 24, is continuing to following in his dad’s footsteps. Michael shared an Instagram photo on Tuesday (July 27) that showed him back on the set of Riverdale to reprise his role as the younger version of Mark’s villainous character, Hiram Lodge. But what stood out most about the snapshot was how eerily similar Michael looked to his father, who certainly passed down his good looks to his three children. See the indistinguishable photo below!

Michael dressed in the photo just like Hiram, wearing a black and white suit and tie and glasses. He sat at a table in a fancy office looking mischievous and professional as ever, with his hands folded. Behind him, a painting could be seen of Mark himself as Hiram, further highlighting just how much the father-son pair look alike.

The 24-year-old captioned his photo “8/18,” likely indicating that his episode of the hit The CW series will air on August 18. Mark seemed to be pleased that his son was back on the show, commenting, “Nice!!!” on the post. Meanwhile, mom Kelly Ripa, 50, was just like the rest of us and couldn’t get over the uncanny resemblance between her eldest child and husband. “Son? Is that you,” the Live with Kelly & Ryan co-host jokingly said. 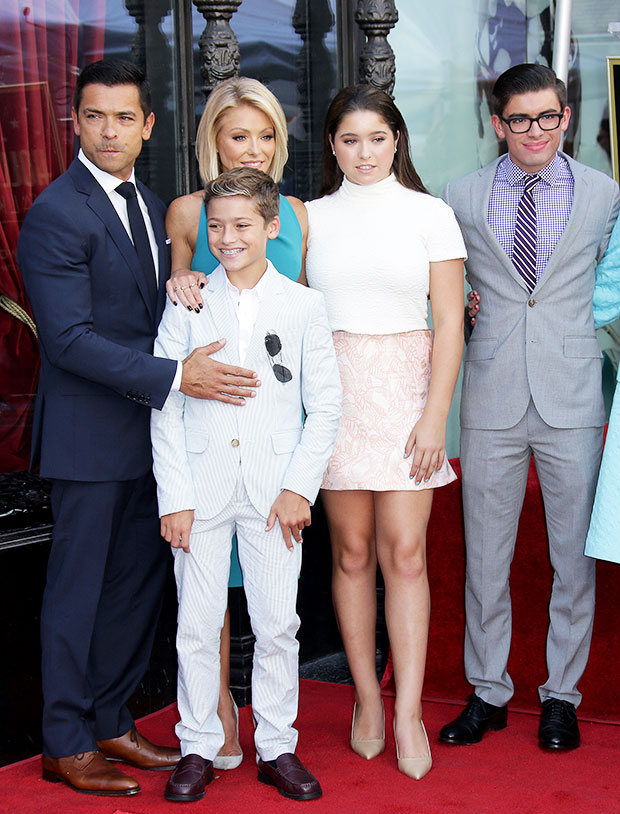 Michael last played young Hiram on Riverdale in 2018 for the fourth episode of season 3. Even at that time, Michael looked just like Mark for the episode, which saw him in a scene alongside Charles Melton as the entire cast, including KJ Apa, Lili Reinhart and Cole Sprouse, played the younger versions of their onscreen parents. It was Michael’s first major TV role, and he clearly liked it enough to make a big return!

Aside from the Riverdale stints, Michael is constantly caught looking like his dad’s twin. In fact, the father-son pair had near-exact features during a recent family vacation to Italy. In one family snapshot, both Michael and little brother Joaquin, 18, made fans think they were seeing triple when the boys posed with Mark in an Italian village late at night. Kelly also posed with her sons for a photo, but the trio did not look anywhere near as similar to one another as Mark did to his boys.