In the video, Trump ran off a long list of items in the bill that were not directly COVID-relief related and said he wants the amount given to each American raised from $600 to $2,000. For the record, Democrats have been pushing for bigger checks for months but their efforts have been blocked by Republicans.

The MSNBC morning show hosts and guests all agreed that Trump’s attempt to block the bill comes too little, too late, and AP White House reporter Jonathan Lemire also pointed out that he might not even veto it at all but rather “spend a few days railing about it and then quietly give in.”

“This is again the president in the 11th hour trying to seemingly almost self-destruct or detonate a deal that Congress had worked on for months,” said Lemire, who added that Trump could be taking out his anger on Republicans who have acknowledged that President-elect Joe Biden won the election.

Democrats are now trying to pass a standalone $2,000 relief bill. After Trump posted his video, House Speaker Nancy Pelosi tweeted that Democratic congress members “are ready to bring this to the Floor this week by unanimous consent. Let’s do it!”

Lemire said there is “little chance” Trump’s demand for more money in the checks will come to fruition.

Brzezinski went in then, focusing her anger on Chief of Staff Mark Meadows, who she said is “too weak” for his role and enables Trump in moments like these.

“He will do anything for President Trump. He’s just not able to stand up for this country,” she said. “He’s too weak, so here we are having him hide, coveting a little video that undermines the entire COVID-19 legislation and hiding it from everyone in the White House because he’s too weak to stand up to a president who is literally doing crazy things right now. He can’t deal with it. He can’t handle it because he’s just too weak. He’s too spineless.”

Later in the show, MSNBC’s Garrett Haake agreed that the video “could not have been a bigger debacle for Republicans who were barely able to get this bill over the finish line in the Senate with the $600 check that were in it.”

He questioned whether Trump would have had better luck getting more money for Americans if the video hadn’t been figuratively “stuck in his drafts folder on Twitter.”

Now, Haake said, the public has to wait and see if anything happens or this was just “kind of a tantrum thing online.”

Watch above, via MSNBC. 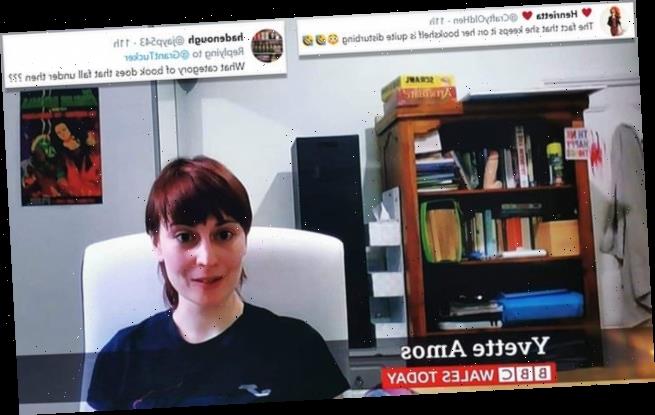