The Duke and Duchess of Sussex shocked the world on Thursday as Netflix released the first trailer for their docuseries, titled Harry & Meghan, which is due to air later this month.

LATEST FROM HARRY & MEGHAN: 5 key details you may have missed from Meghan and Harry’s Netflix trailer

The trailer dropped just after midday and has since received more than 1.6 million views. It has also been one of Netflix’s most popular posts in terms of comments left, as viewers of the popular streaming platform have had a lot to say.

The “unprecedented and in-depth documentary series” will see “the Duke and Duchess of Sussex share the other side of their high-profile love story”, Netflix have revealed.

TRENDING: Prince William and Kate Middleton joke about being ‘better in cold weather’ on day two of Boston tour

“Across six episodes, the series explores the clandestine days of their early courtship and the challenges that led to them feeling forced to step back from their full-time roles in the institution.” 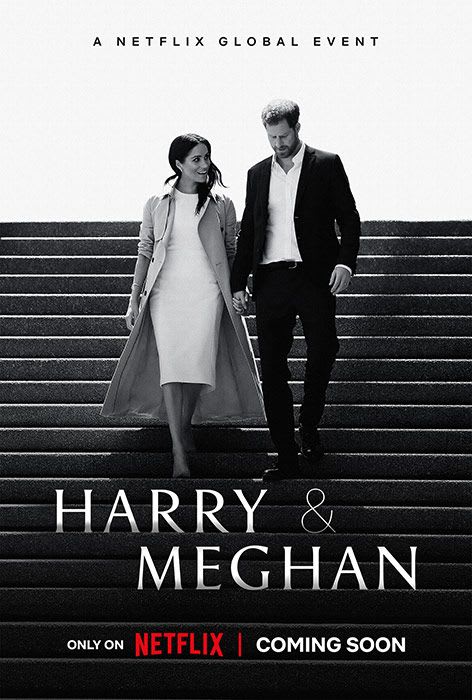 It is thought the docuseries will air next week

The one-minute trailer features never-before-seen private photographs of the couple. It also features footage of Meghan wiping away tears with both hands as they stream down her face, while Harry sits and tilts his head right back, seemingly in distress.

The couple are heard being asked: “Why did you want to make this documentary?”

Harry says “No one sees what’s happening behind closed doors… I had to do everything I could to protect my family”, while Meghan says, “When the stakes were this high, doesn’t it make more sense to hear our story from us?”

Fans were quick to comment on Netflix’s official Instagram account, many reacted negatively, as the trailer was released during the Prince and Princess of Wales’ royal tour of Boston, but others couldn’t help but share their excitement.

“So glad they decided to do it. Prince Harry is the first one in his family to step out of that cursed cycle. And for love,” wrote one. A second remarked: “Look what happened to his mom. Can you blame him for protecting his wife and kids?”