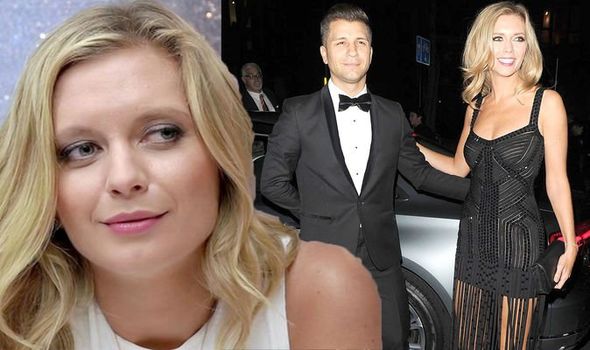 Rachel Riley and Pasha Kovalev wed each other earlier this month in a very private ceremony in Las Vegas. The pregnant Countdown star has now jumped on the bandwagon, sharing a snap of the pair in view of her 404,000 Instagram followers today. The 33-year-old was seen cosying up to the ex Strictly Come Dancing professional, seemingly on their wedding day. However, she had used the new FaceApp, which allows you a glimpse of what your older self might look like.

Anyone else think that old Pasha Kovalev looks a bit like Jeff Stelling?

Rachel quipped in the caption: “4 weeks of married life already and it’s definitely taken its toll!

“Anyone else think that old Pash looks a bit like Jeff Stelling?! #faceapp.”

She was referring to the English sports journalist, 64, who fronts the likes of Soccer Saturday for Sky Sports and previously the Champions League.

Wearing her blonde tresses tied up, Rachel placed a sweet arm across Pasha’s chest as they both beamed at the camera in the candid selfie.

A rose bouquet could be seen in the front of the shot as the small screen favourite’s pink embellished dress was just in view.

Her professional dancer partner looked dapper in a navy suit and a floral, patterned shirt, while a number of graphics could be seen around them, including wedding bands.

Introducing the new Mr and Mrs KovalevWe both said yes!

Rachel was soon inundated with comments, with one user simply telling them: “That’s amazing.”

Two others continued: “How old is Countdown?! Lol,”(sic) and: “You look like Shelia Hancock and she’s still so beautiful.”

While a fourth said Pasha bared a resemblance to This Morning host Phillip Schofield.

It comes just weeks after Rachel revealed she and her beau had tied the knot in the US, via the picture sharing app.

“Introducing the new Mr and Mrs Kovalev. We both said yes!” she wrote, as they stood in front of a show-stopping floral backdrop 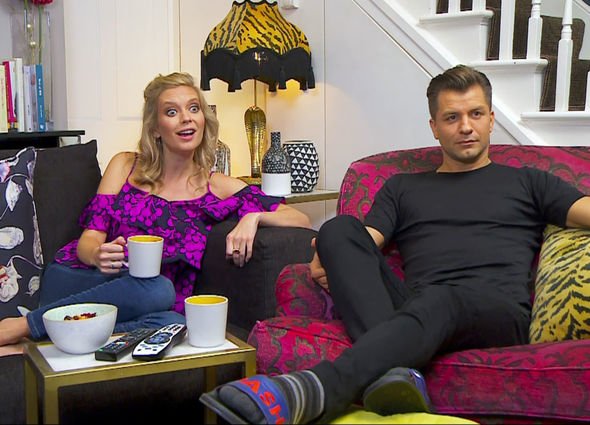 She was again seen in the aforementioned dress, but this time her endless pins were were visible in nude stilettos.

They were instantly congratulated by their famous friends, including fellow Strictly pros Janette Manrara and Katya Jones.

Rachel and Pasha have been dating for around five years, following the former’s split from husband Jamie Gilbert.

They confirmed they were expecting their first child in May, with a cute Countdown conundrum.