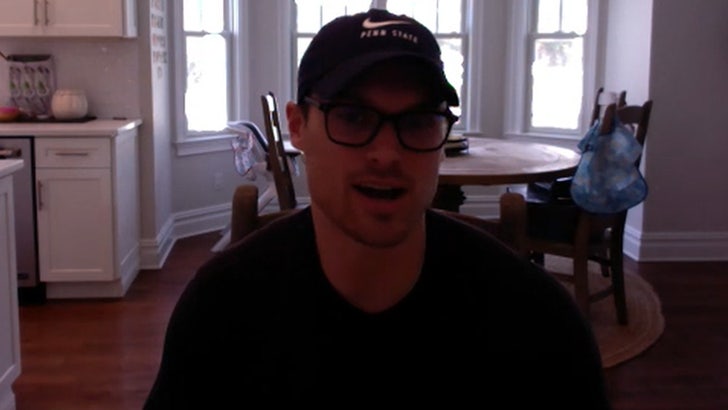 Rob Gronkowski could do exactly that … so says his former Patriots teammate Chris Hogan, who tells TMZ Sports the future Hall of Fame tight end could be lethal in lax!!

“I mean, Gronk would be a force to be reckoned with, man,” Hogan says. “I don’t know how you would be able to take the ball away from him. He’s such a physically gifted person and athlete.”

As for how Hogan would know … if you ain’t familiar, he’s a damn good lacrosse player himself.

In fact, 33-year-old Hogan — who was a 1st-team all-conference star at Penn State before transferring to Monmouth for football — just signed on to play in the Premier Lacrosse League in 2021.

And, he says with some training, Gronk might be able to join him there in a short time.

“I think if he were to pick up a stick and put a little training into it,” Hogan said of Gronk, “I think he’d be a great lacrosse player.”

As for Chris’ future in the sport … Hogan seems fired up to get his pro lacrosse career off the ground — telling us, ideally, the stint in the PLL would cap off his sports career.

“I think always in the back of my mind when I was playing football,” Hogan says, “it seemed like this would be a cool way to kind of tie off the end of my career.”

Hogan — who played just 5 games for the Jets in 2020 and is now a free agent — says he’s not officially slamming the door on the NFL … he tells us the lax opportunity is just too good to pass up for now.

“Where I’m at in my career and just how kinda things evolved over the last year, it kind of seemed like this would be a pretty unique opportunity to go back to lacrosse.”

Hogan is expected to be picked in the PLL’s Entry Draft next month.