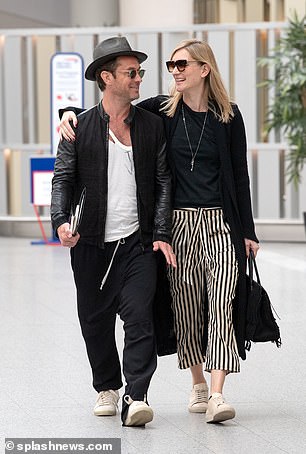 Film star Jude Law never fails to surprise when it comes to his love life.

Just weeks after quietly marrying his psychologist girlfriend Phillipa Coan at an intimate register office ceremony in London’s Marylebone, I can reveal he has pulled off another clandestine affair.

The Talented Mr Ripley star, 46, hosted a secret wedding party at the weekend to celebrate his marriage to Phillipa, 32, whom he started dating in 2015.

The bash, which included a matrimonial ceremony, took place at the house owned by Law’s parents, Maggie and Peter, at Vaudelnay in the Loire Valley in western France.

While it had previously been rumoured that a party would take place after the small London service, no details had been confirmed.

‘It was a very beautiful ceremony and everyone had a great time,’ reveals my source. ‘Jude may have had his share of fun back in the day, but this was certainly a party he’ll never forget.’

Among the 150 guests in attendance were his children from his first marriage to former model Sadie Frost, 53, which lasted for six years until 2003 — musician Rafferty, 22, who was reportedly the best man and dressed in pink trousers, Burberry model Iris, 18, who opted for a white shirt and black tie, and Rudy, 16. 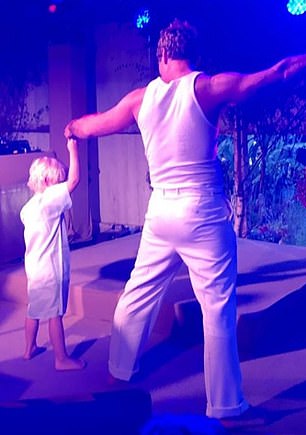 Law dances with his sister’s daughter (left) at the bash. His daughter Iris (right) posted a selfie from the party

While Sadie was absent — she was in London giving a talk on well-being — Jude was joined by his artist sister Natasha and her children, as well as his parents.

The actor, who has five children by three women, showed off his moves on the dancefloor until late, as guests enjoyed a live brass band and tucked into a buffet including salad and quiche.

According to neighbours, Vaudelnay mayor Jean-Marcel Supiot had made a bylaw that prohibited public access to the local cemetery over the weekend because one of its walls adjoins the property of Law’s family.

‘Nothing about our relationship is an effort,’ Jude has said of Phillipa, ‘but it takes a lot of effort to keep it [private].’ 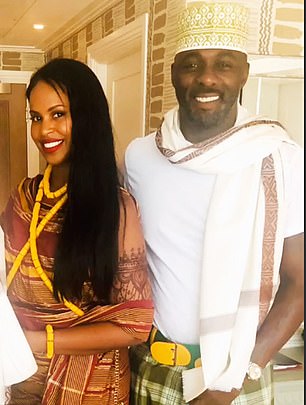 Idris Elba, 46, has been taking part in Ramadan, the Islamic holy month when Muslims fast from sunrise to sunset

Marriage is a steep learning curve for Idris Elba.

Just weeks after his extravagant, three-day wedding to Sabrina Dhowre in Marrakesh, the 46-year-old Hackney-born actor has been taking part in Ramadan, the Islamic holy month when Muslims fast from sunrise to sunset.

Model Sabrina, 29, who was raised a Muslim by her Somali parents, has been observing the tradition, which comes to an end next week.

Idris shared online a photo of himself (left) in a taqiyah cap and shawl next to Sabrina. ‘Ramadan vibes,’ he explains.

In 2012, Elba said: ‘I am not a religious person, but as I move forward, that is something I want to work on, my spirituality. My father always told me that a fool at 40 is a fool for life.’

Former newspaper tycoon Conrad Black, 74, has a new bounce in his step after U.S. President Donald Trump gave him a full pardon two weeks ago.

The colourful Canada-born Briton — or, to use his official title, Baron Black of Crossharbour — served three years in prison in America for fraud and obstruction of justice. 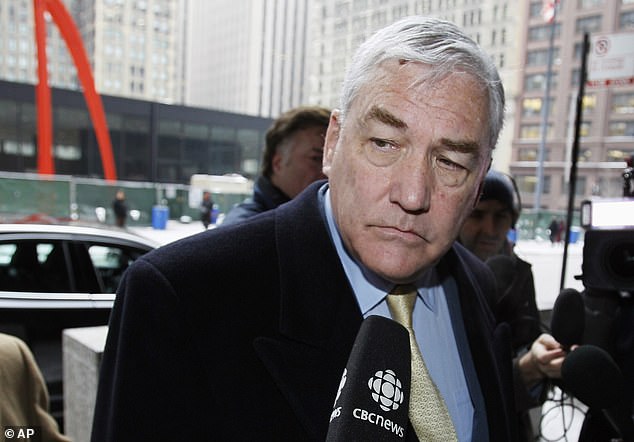 Now, he has declared that he plans to spend time in the UK resuming his seat in the House of Lords.

He announces to readers of his column in the National Post, the Canadian newspaper he founded: ‘I will be in England for the next five weeks plumbing the depths of my socioeconomic status and enjoying Their Lordships’ House.’

No doubt that will include the £300 daily attendance allowance to which he is entitled. One can only imagine the warm welcome he’ll receive.