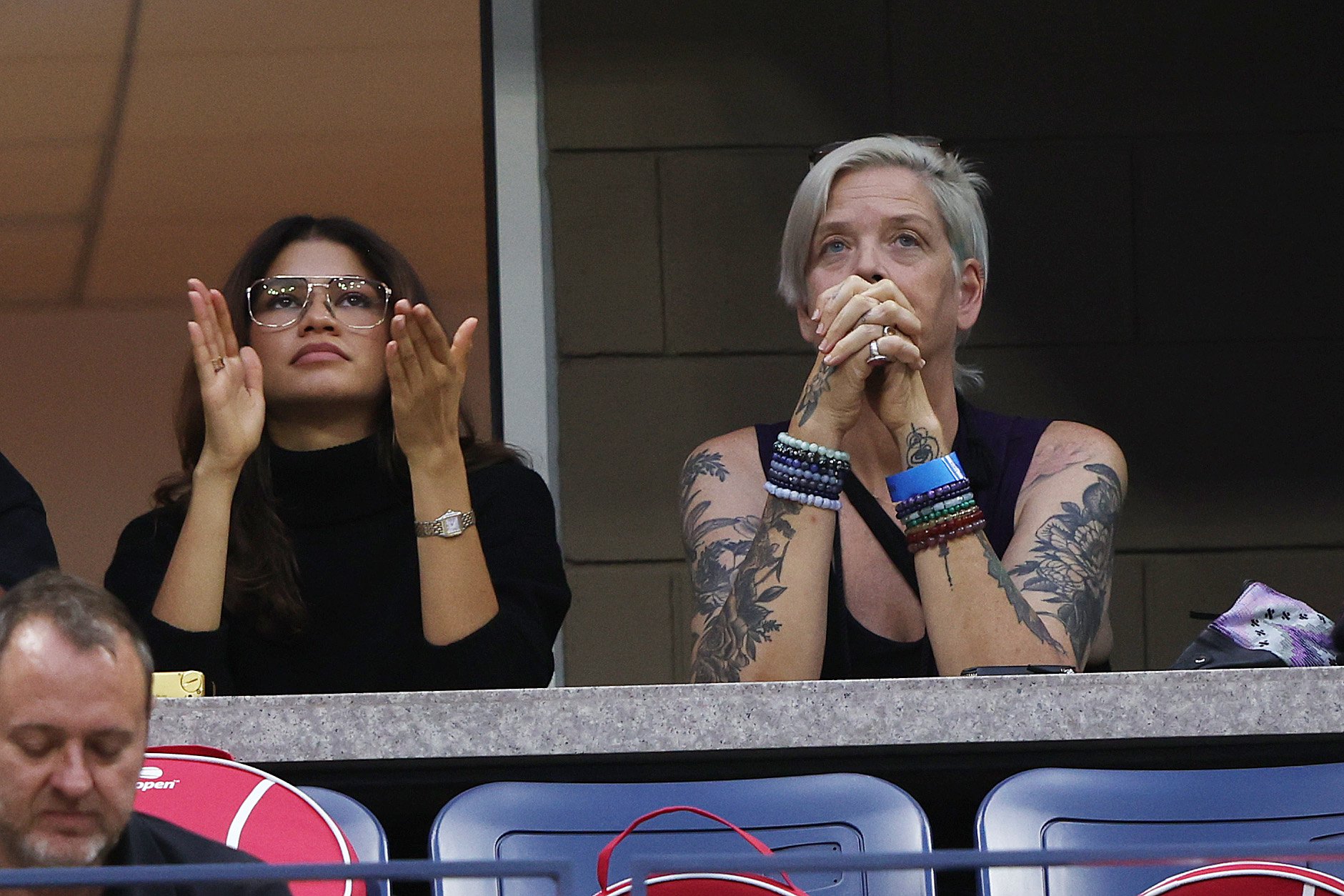 Serena Williams drew yet another huge crowd at the US Open, as stars took their seats to watch her battle against Ajla Tomljanović unfold.

The tennis icon previously suggested that this could be her last tournament after announcing her plans to retire from the sport last month.

She successfully made it into the third round of the competition after seeing off Danka Kovinic, before beating Anett Kontaveit earlier this week, but sadly lost in three sets against Tomljanović at 7-5 6-7 6-1.

That didn’t stop the celebs cheering for her, though, in a match when emotions certainly ran high.

The likes of Zendaya, Gigi and Bella Hadid, and Tiger Woods were all spotted in the stands looking totally engrossed as the action unfolded.

Shortly after celebrating her 26th birthday, Euphoria star Zendaya enjoyed a thrilling outing to the game in Serena’s latest stop of her apparent farewell tour in New York.

The Greatest Showman actress looked stunning in a casual yet chic ensemble of a black turtleneck and denim jeans, also wearing her glasses with her hair styled in effortless waves.

Zendaya – who brought her mother Claire Stoermer along – was totally hooked on the match, as were the Hadid sisters, who put on an animated display.

Gigi and younger sis Bella – who has been to every one of Serena’s matches in the Open – could be seen fist pumping the air and giggling away together while they munched on snacks.

Meanwhile, English crooner Seal, who was once married to Heidi Klum, was spotted in the stands, capturing some of the antics on his phone.

Elsewhere, NBA superstar Ben Simmons was seen smiling as fellow Aussie, Tomljanovic stormed to victory, with Spike Lee rocking a quirky blazer for his latest outing after being a constant supportive presence at Serena’s recent matches.

Also in the stands was golfing legend Tiger Woods Woods and his girlfriend Erica Herman, who looked thrilled to have the perfect view of the 40-year-old’s latest stint on the court, sitting comfortably in the VIP box.

Serena actually heaped praise on the golfing great after a recent win, and explained that he was one of the ‘main reasons’ why she still has a racket in her hands.

‘There’s a few people, but we were like, ‘Okay, we can do this together’. It was good, because I didn’t know what I wanted to do. I was just lost, so many questions.

‘When you can rely on someone like that – I mean, my goodness, he’s Tiger Woods – it was really helpful to get clarity.’

Completing the star-studded crowd were Denver quarterback Russell Wilson and his musician wife Ciara, who looked every inch the ‘it’ couple in chic outfits and designer shades.

Serena is no stranger to celeb-filled stands, with the likes of Hugh Jackman, Anna Wintour, and former US President Bill Clinton all showing up to her recent matches.

The tennis queen recently discussed her future in tennis and confirmed that she had decided to step back from the game after an incredible, trophy-filled career.

‘Believe me, I never wanted to have to choose between tennis and a family. I don’t think it’s fair,’ she penned in an open letter in US Vogue of her decision. ‘A lot of people don’t realize that I was two months pregnant when I won the Australia Open in 2017. But I’m turning 41 this month, and something’s got to give.

‘I have never liked the word retirement. Maybe the best word to describe what I’m up to is evolution. I’m here to tell you that I’m evolving away from tennis, towards other things that are important to me.