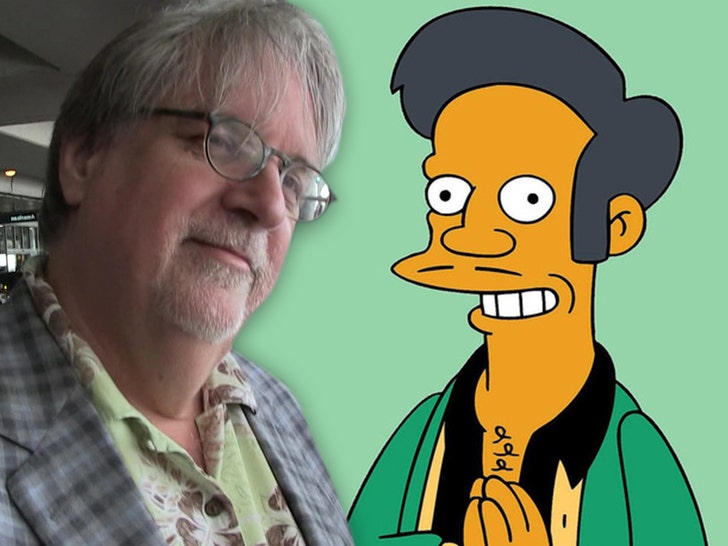 The creator of “The Simpsons” appears to be suggesting that the blowback over having a white actor voice Apu for all these years really isn’t all that big a deal … in his eyes.

Animator Matt Groening did an interview with USA Today in honor of the upcoming 700th episode, and he was asked about the controversy — namely, not having an Indian actor voice the Indian character … not to mention claims Apu was portrayed as a walking stereotype.

Groening had some interesting answers … for starters, he says he embraces bringing on new voice actors in the name of diversity — the more the merrier, he explains. However, you can tell Matt’s not nearly as up in arms as some have been about Apu’s handling.

He was asked if he would change the nature of Apu’s character and/or stories in light of the criticism that he lacks depth, and MG says this … “I think the Apu stories are fantastic, and he’s one of the most nuanced characters on a silly two-dimensional cartoon show. So, yeah, I’m proud of Apu.”

He also adds this knowing he might get blowback, “I’m trying not to open up another chasm of criticism, but it doesn’t matter what I say. I’ll get it anyway.” Matt goes on to say that the idea of having white actors voice non-white characters — which is what ‘Simpsons’ opted to do in the end — was not his idea, but that he’s “fine with it.”

Matt also says that the original intention was not to have some actors voice some characters — they were just trying to use everyone’s talent to the max, but he says he gets it. As to whether ‘Simpsons’ brass shoulda embraced this change years ago, he says … “Yeah. And I hear they want to take the guns away from Yosemite Sam. He’s a little hot-headed.”

Quite telling … especially since the longtime voice actor for Apu, Hank Azaria, seemed way more empathetic to the diversity concerns than Matt is here. Different strokes, we suppose 🤷🏽‍♂️