Turtle time! Blake Lively swooned over her husband, Ryan Reynolds, and his toned physique after he posted photos from a rescue mission to save an animal on Sunday, July 18.

“Snapping turtle: pick a worse place to chill,” the Deadpool actor, 44, captioned a snap of himself grabbing the turtle out from under a car.

The Gossip Girl alum, 33, later shared a screenshot of her Instagram direct messages with Reynolds, in which she called him out for the thirst trap photo. 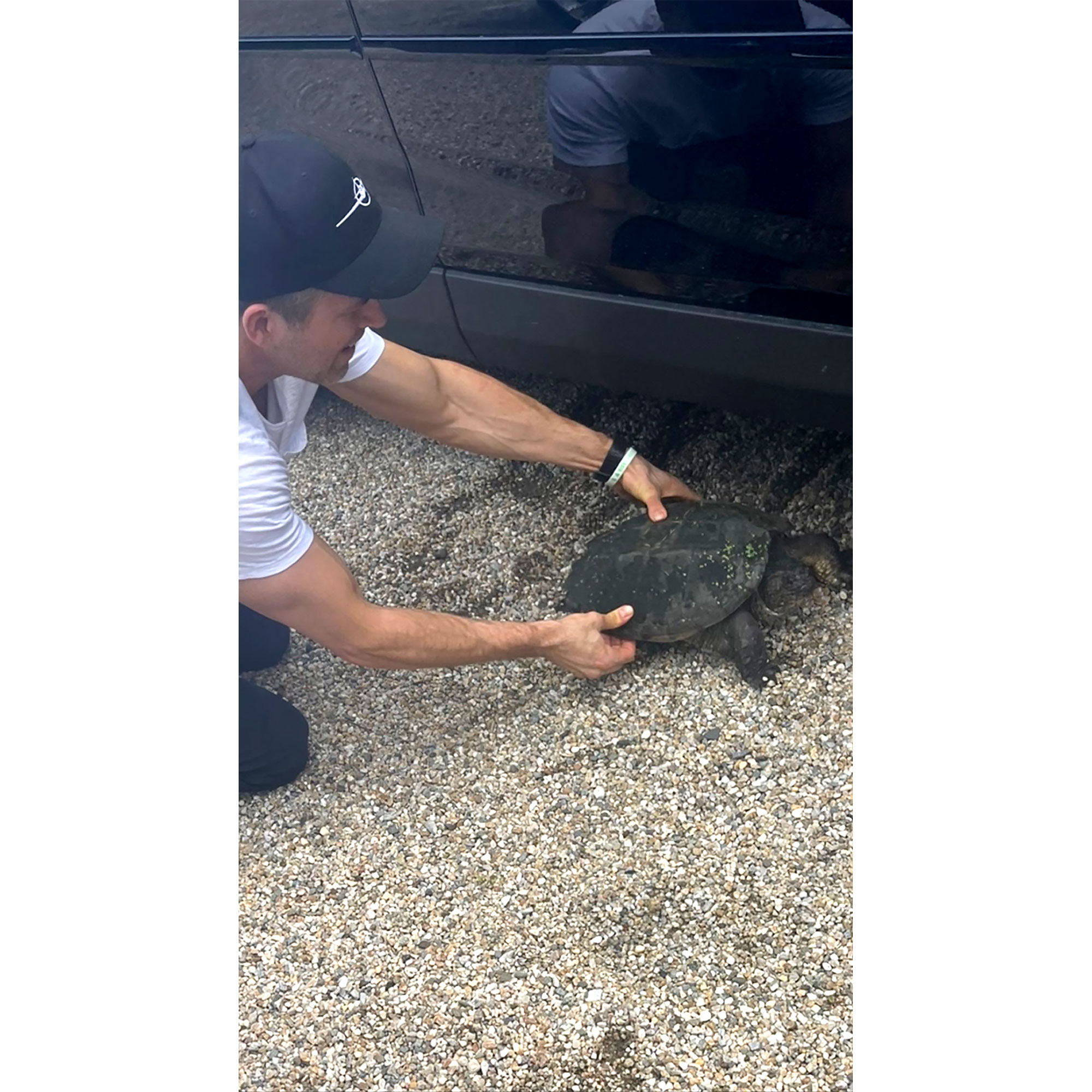 “Are we supposed to believe this isn’t a post about your fine ass arms?” she joked via her own Instagram Story on Monday, July 19.

The Sisterhood of the Traveling Pants actress then shared multiple zoomed-in angles of her husband’s heroic act, captioning the first picture, “Exhibit A.”

After posting four closeups of his left arm muscles, Lively showed fans another photo of Reynolds attempting to retrieve the turtle, which highlighted his right bicep.

“But wait, there’s more. You’re welcome,” she captioned the next series of zoomed-in photos. 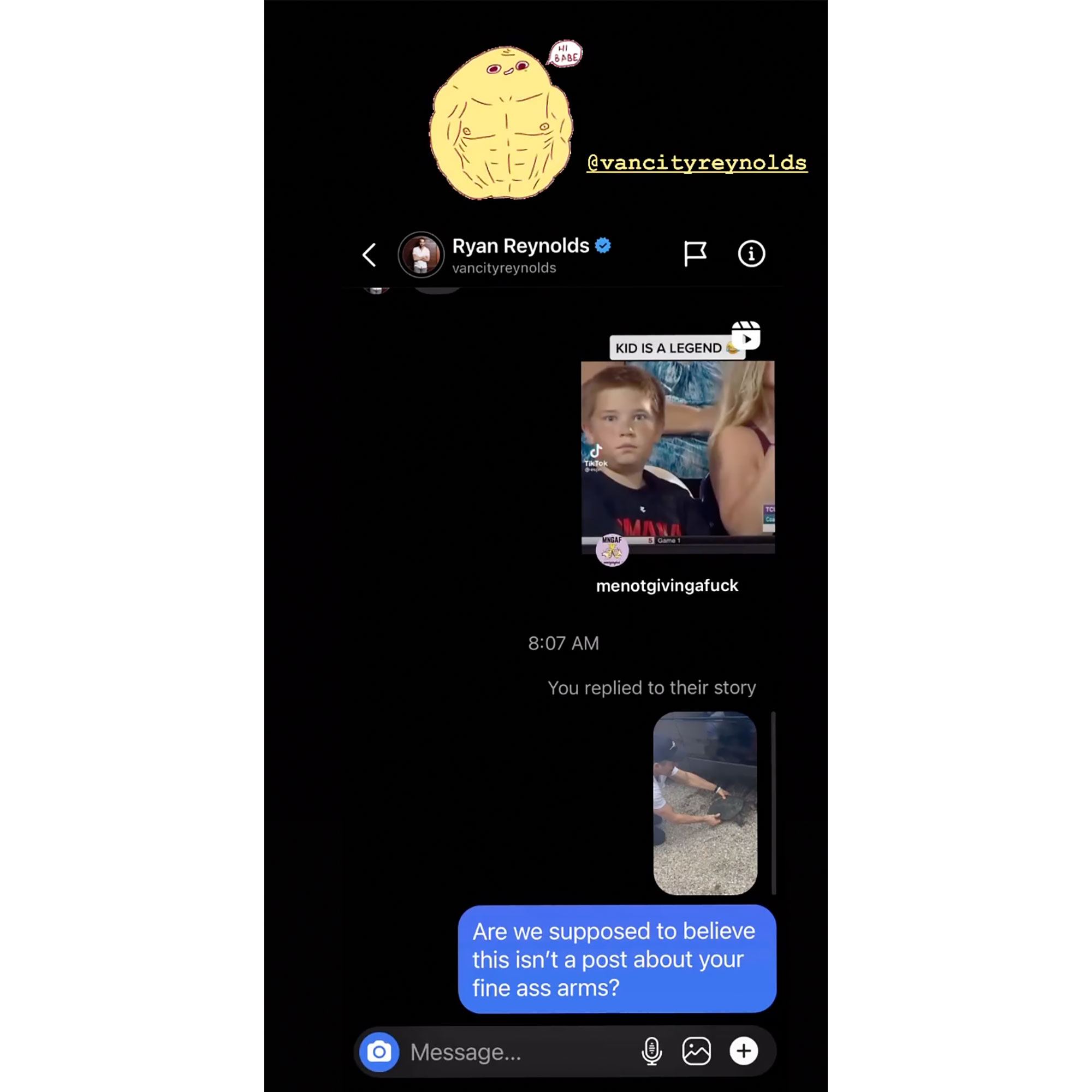 The Shallows star added a whipped cream and cherry on top sticker next to one of the images to show off Reynolds’ hot body. She shared a fireworks GIF alongside an even closer look at his muscles.

Lively, who shares three daughters — James, 6, Inez, 4, and Betty, whom they welcomed in 2019 — with the Proposal actor, also gave her followers a look at her own turtle rescue.

“Found this sweet baby on the road and returned it back to its home,” she captioned a smiley snap via her Instagram Story.

The photo, which was taken by Reynolds, showed Lively holding onto a tiny turtle while wearing a blue long-sleeve shirt. The Teenage Mutant Ninja Turtles theme song played in the background.

Ryan Reynolds and Blake Lively’s Sweetest Quotes About Their Daughters

The couple’s turtle adventure is the latest outing in the “Mom&Dad Girl Summer.” The pair previously documented an April date night where they took in a New York Yankees game, leaving their little ones at home. 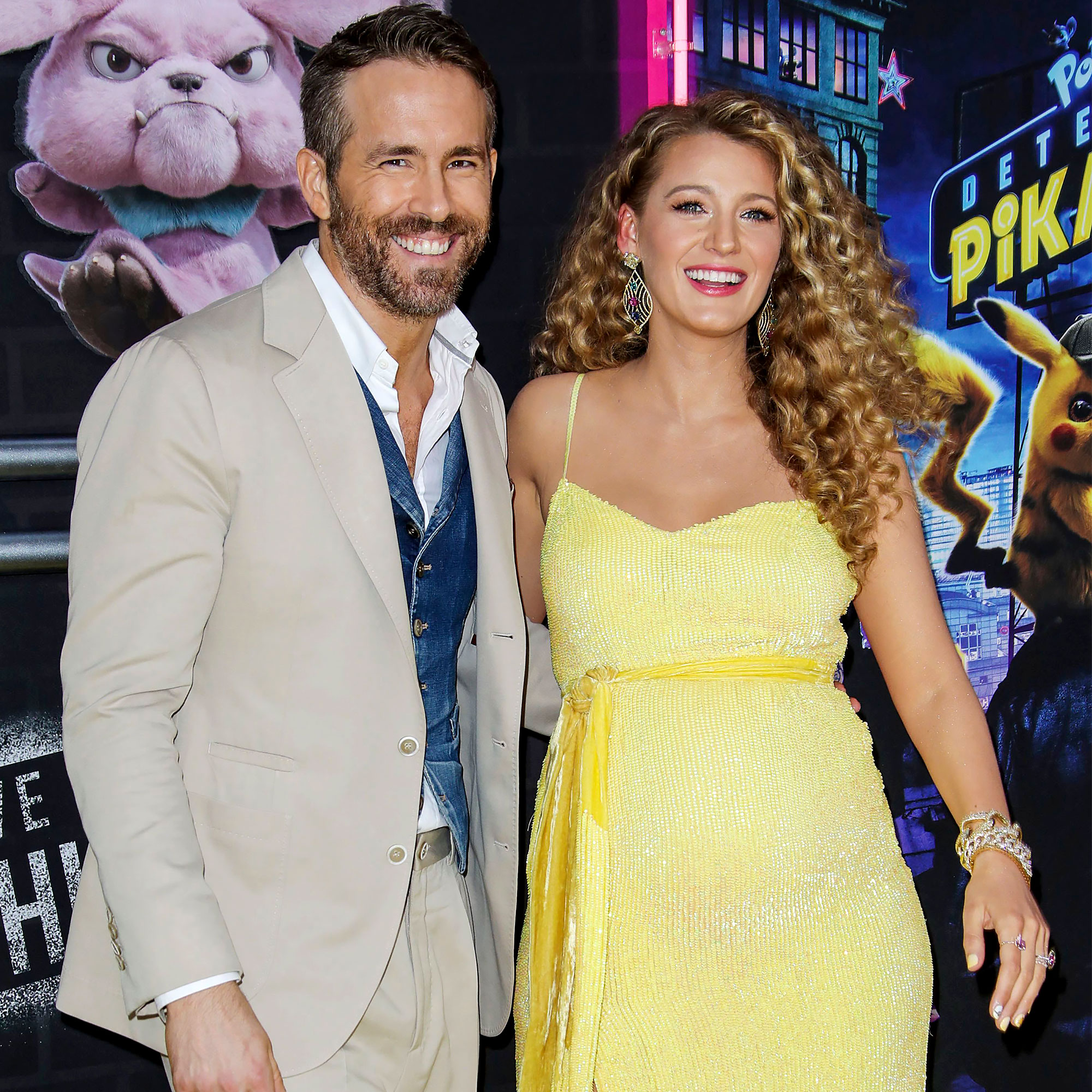 “Thanks @clintfrazierr for being my personal stylist. This hat is a vast improvement from the 💩 I showed up in,” Lively captioned a series of photos from the stadium, giving player Clint Frazier a shout-out after he signed a hat for her and Reynolds. “After 14 years in NY, I think tonight made me an official Yankee…⚾️🍎.”