For some Black Women athletes, the 2021 Summer Olympics in Tokyo are turning out to be a manifestation of Miss Sophia’s declaration in The Color Purple: “All my life I had to fight.”

These women have clawed, kicked, sprinted, and swam to the top of their fields to become the best in the world, only for someone at the top to come along and say “aht aht aht” and steal their Olympic dream right from under them. Each of the injustices that have made headlines in recent days I’ve either experienced as a Black woman athlete myself or I’ve covered during my career as a sports journalist. The tropes are age-old and feel like we’re doing nothing more than spitting in the wind when it comes to equality on the turf. Prime example: Sha’carri Richardson, aka “that girl.” 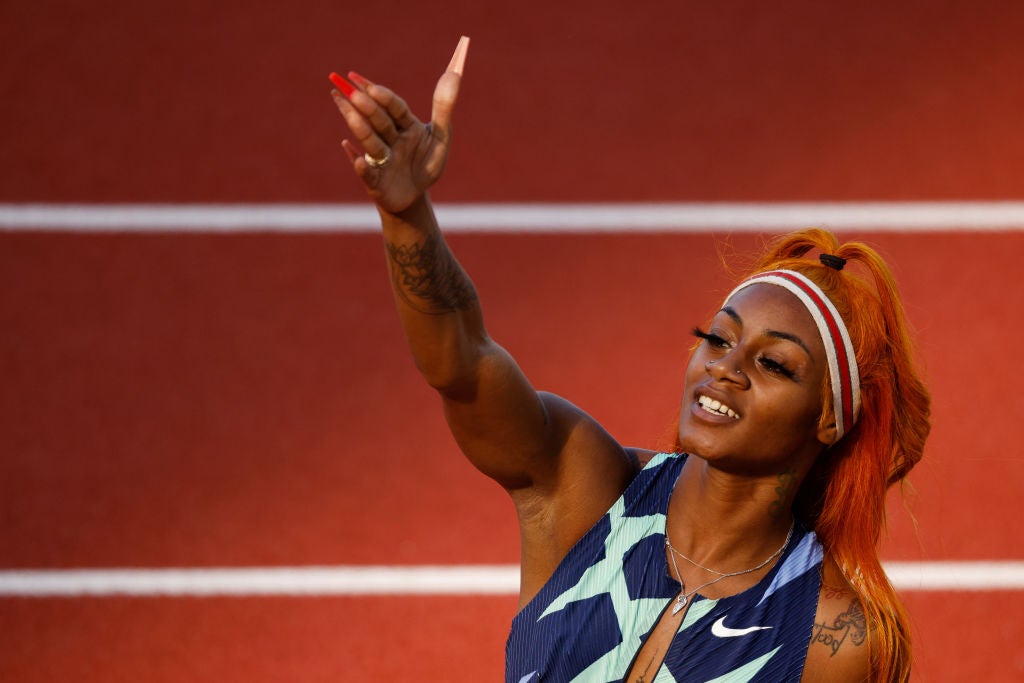 As the Olympics came closer into view, Richardson ran a 10.64 in the 100-meter dash making her the fastest woman in America. And she did it with her fiery orange-red hair, long nails, and makeup beat for the gawds, a la Flo Jo. The 21-year-old was the embodiment of the flame emoji going down the track, and once on the sidelines, she had no issue instructing reporters on how to pronounce her name while speaking to women who looked like her, telling them to be themselves. She was loud, she stood out, and she refused to dim her light for anyone – a key character trait of Black women we know doesn’t sit right with the world.

Enter the World Anti-Doping Association. Richardson’s Olympic dreams and her fastest woman time were stripped from her when she tested positive for THC. Even though she smoked marijuana in a state where it’s legal – Oregon – and despite the substance not being a performance-enhancing drug, it’s still banned. Remaining on brand, in true Richardson fashion, she took full responsibility for her actions, explaining she took the drug after learning in an interview that her biological mom had passed away. She simply wanted to stop the pain which she had been shouldering while performing at her highest level.

Yes, the rules are the rules, but grandfather clauses were once a rule, being three-fifths of a person was once a rule. At what point are we going to examine the way this antiquated policy unfairly affects Black athletes, much in the way the war on drugs disproportionately affects the Black community.

Sadly, the discrimination doesn’t end there. Last week the International Swimming Federation (FINA) chose not to approve competitive usage of Soul Cap, a swim cap made especially for swimmers with curly and voluminous hair, i.e. predominately Black women. The justification for the ban was that Soul Cap doesn’t “follow the natural form of the head.”  It’s worth noting this judgment came on the heels of Great Britain’s Alice Dearing making history as the country’s first Black woman swimmer to qualify for the Olympics. 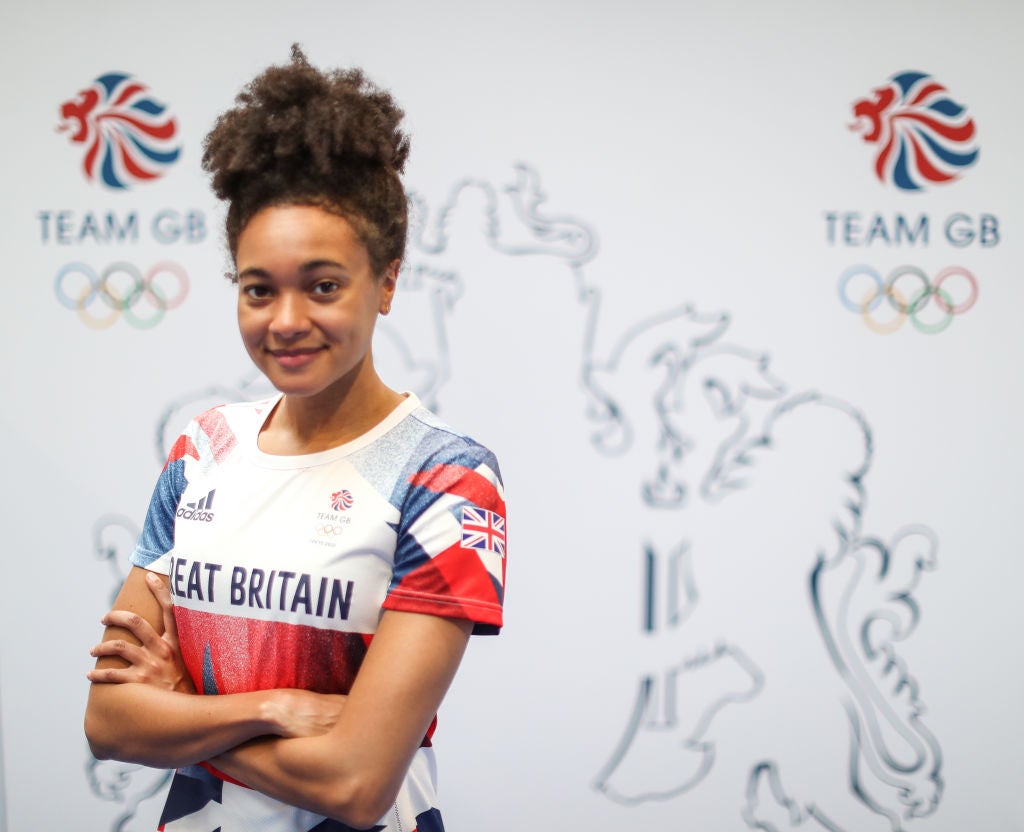 It’s not enough that for decades Blacks were turned away from pools with violence and legislation prohibiting us from learning how to properly swim. Or that even post-segregation the increase of privatization of pools equals lack of access to aquatic facilities — meanwhile we have the highest rate of drowning among all races. Now, properly trying to maintain our hair so we can compete in a sport which we’ve historically been considered too preoccupied with our mane to participate in has become another unnecessary obstacle to overcome.

As a former swimmer –and one of only two Black swimmers on my high school swim team – I know firsthand the struggle my mother and I had to navigate maintaining my hair. Getting a perm was out of the question due to the chlorine so I went through a phase of having a head full of microbraids that took the strength of the ancestors to get into a swim cap and stay in place. Eventually, I either hit the braid shop every two weeks or rocked a good ol’ afro puff. Imagine what my hair fate would have been if I had the option of a Soul Cap back in the early 2000s.

After the public backlash, FINA has announced it’s reviewing its ruling, but given the widespread, and seemingly blatant, attempts to limit Black women’s participation in the games, hope is low regarding a different outcome. Particularly in lieu of news that an additional five women have been barred from Olympic events due to naturally high testosterone levels.

All five women, who are competing for African nations (South Africa, Nambia, Kenya and Burundi) have been removed from specific sporting events due their natural biological makeup. This issue has been an ongoing debate in the sports world and Castor Semeyna, one of the barred athletes, has been at the forefront of the fight against a rule that the African National Congress argues is blatantly racist. In order to compete in certain events, the mandate requires Semeyna to take hormone-suppressing drugs to bring her hormone levels to an acceptable range. This claim that Semeyna is at a competitive advantage due to her biological makeup directly demeans her hard work as an athlete. Yet, we’ve heard this story too many times. Not only are officials across the globe coming up with new ways to disqualify us, they’re also pulling old tricks out of their Bag O’ Discrimination. 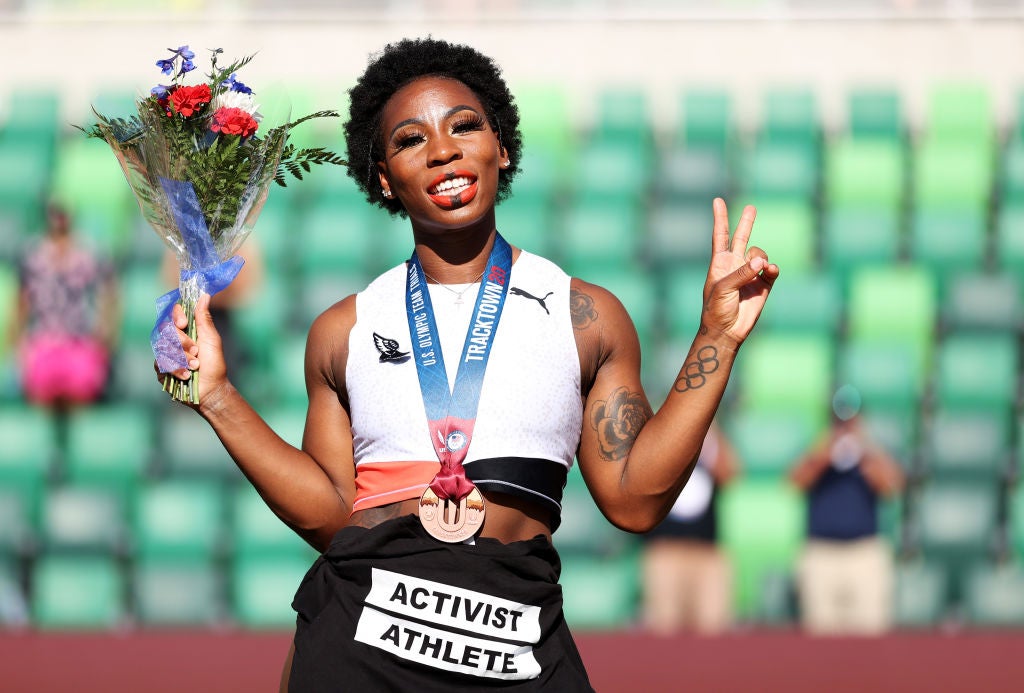 Recently hammer thrower Gwen Berry, who has been a vocal activist athlete expressed concern that she was set up by sporting officials. As she stood on the medal stand and turned away from the flag to put a shirt over her head that said “Activist Athlete,” event officials played the national anthem, making it seem as if she was protesting the anthem. We all know such behavior doesn’t sit well with a certain segment of Americans — just ask Colin Kaepernick. According to Black Enterprise, the anthem played off schedule and seemed conveniently timed to Berry’s protest. Because protest is allowed by athletes in trials, Berry won’t be reprimanded but she is currently being villainized and dealing with backlash from the “if you don’t like it here, then go back to where you came from” crowd.

The lengths that have been taken to ban, browbeat and embarrass Black women athletes before these Olympics is astonishing but not surprising. As a Black collective the Olympics is our chance to root for the diaspora or, as queen Issa Rae once said, root for everybody Black. Yet with the way these women have been treated, many Black people have expressed lackluster interest in watching the games. Track & Field athlete Gabby Thomas encouraged people to watch her and all the other amazing Black athletes who are still competing, but I completely understand those who have no desire. I’m personally torn on my decision to be a spectator, but I’m certain about the machine is hard at work to keep Black women at bay. Malcolm X didn’t lie when he said we are the most disrespected and unprotected in America.

I wanted to end this piece on an inspirational, “we shall overcome note” but the fact is I am tired. We are tired. All I can do is I implore the women in the midst of these controversies – and Black women as a whole – to protect your edges and your peace because they are coming for it all and then some.