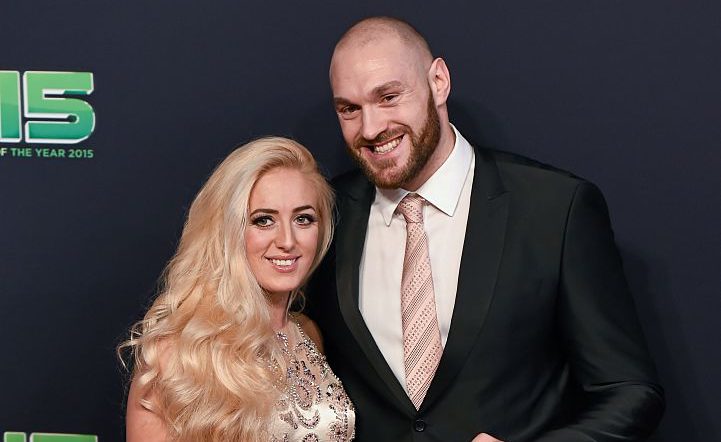 Tyson Fury’s wife Paris has given the world its first glimpse of their newborn daughter Athena, who has spent her first days in intensive care.

The boxer welcomed his sixth child with wife Paris on Sunday but had asked their followers for ‘prayers’ as Athena was taken to ICU.

After sharing a positive update with fans, Paris posted the first photo of Athena in her Instagram stories and, it’s safe to say, the little one’s adorable.

In the image, Athena is seen bundled up in blankets designed with a bunny on it, and her tiny head poking out at the top.

‘Thank God she is doing well, and thank you for all your messages, thoughts and prayers,’ Paris captioned the photo.

Tyson, 32, was able to get some cuddles in with his baby girl and also updated his Instagram followers in a short video while cradling the newborn.

He has also launched a GoFundMe fundraiser for Ronald McDonald House in Liverpool, which provides accommodation for families while their children are treated at the hospital. Tyson will be auctioning two signed WBC belts and offering a meet and greet to a randomly selected donor.

Announcing Athena’s arrival, the sports star previously said: ‘Please can everyone pray for my baby girl who was born this morning. Athena Fury born 8/8/21. Thanks. God is great.’

On Monday, he added: ‘Massive thanks for all the messages and support. The baby is is a stable position & doing well hopefully she comes out icu today(sic).

Hours before giving birth, Paris shared footage from the hospital delivery room showing Tyson watching a fight on his phone.

‘Even in this situation he’s watching the boxing,’ she captioned the clip in her Instagram stories.

Tyson announced Paris’ pregnancy in February and said he was ‘thankful’ to be a dad again.

He told boxing reporter Gareth A Davies: ‘Paris is pregnant again. The Lord has blessed us with another child and I’m very thankful. I have a beautiful wife, beautiful kids, we’re all healthy.

‘That’s the most important thing you know, your health and your family. Nothing else really matters.’

The couple, who married in 2009, are also parents to daughters Venezuela, 10, and two-year-old Valencia Amber, and sons Prince Adonis, one, Prince Tyson, three and Prince John James, seven.