Vanessa Hudgens has posed for a sultry new snap while celebrating Easter Sunday with her best friend, GG Magree.

Vanessa Hudgens has celebrated Easter with a gorgeous new pic. She stood in the sunshine while posing for a snap posted by her best friend, GG Magree. “Baddest Bunnies,” she captioned the pic, which showed her posing in the foreground, wearing an oversized black and red tee. GG also rocked a studded, black mask with bunny ears, while Vanessa wore a cropped a grey tank top, high waisted pink sweatpants, and a grey headpiece with tall, bunny ears.

It comes just two weeks after the High School Musical alum was seen cheering on her 24-year-old MLB player boyfriend Cole Tucker in Bradenton, FL. She and GG supported the Pirates at the city’s LECOM Park when they took on the Minnesota Twins during Spring training. Vanessa and Cole started dating in Nov. 2020, but they didn’t confirm they were officially a couple until sharing some Valentine’s Day Instagram posts.

In the February 14 photo Vanessa shared, the couple shared a sweet kiss as the actress wrote in the caption, “It’s you, it’s me, it’s us” and tagged Cole along with a red heart emoji. Cole also posted a photo of the pair cuddling on a sofa in tie-dyed sweats and wished Vanessa a “Happy V-Day” to which she responded in the comments, “Melted” with heart emojis. 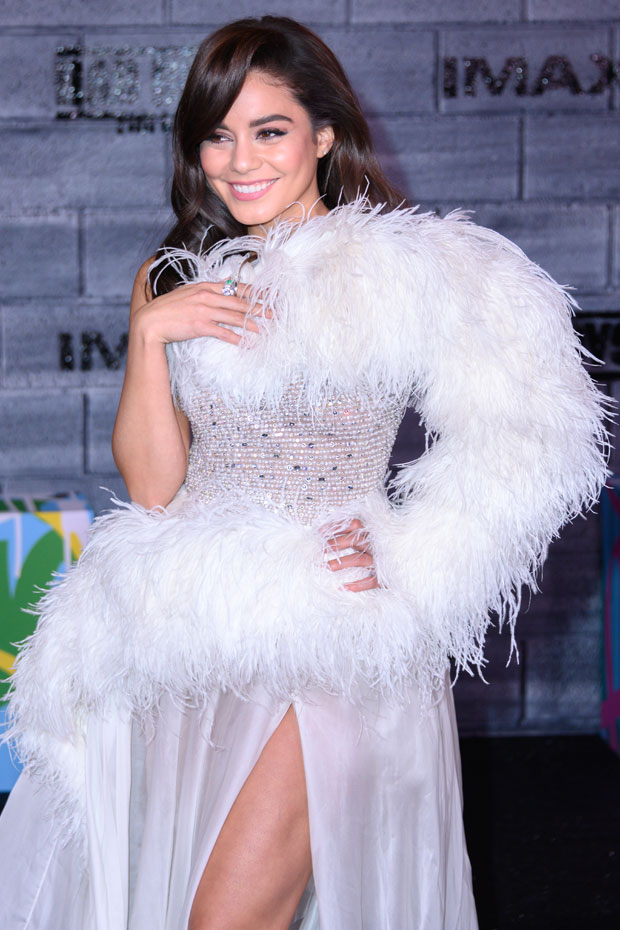 Back in 2020, a source close to the actress revealed she “couldn’t stop smiling” when she was around Cole. “Although she doesn’t want to rush things, she really likes being with him because there’s a level of comfortability there. She thinks he’s really genuine, down to earth, and she feels like she can just be herself around him,” the source dished. “She actually has a lot more in common with him than people might think. Cole is well-known because he’s a baseball player, but he’s also played music since he was a kid and can tear it up on the drums.”