“Booksmart,” a critically acclaimed teenage comedy with a 97% critic score, flopped in its opening weekend last month with $7 million.

Adam Sandler’s latest panned Netflix comedy, “Murder Mystery,” waswatched by nearly 31 million accounts in its first weekend of release, a record for a Netflix original movie, the streaming giant said on Tuesday (It has a 45% Rotten Tomatoes critic score).

READ MORE:6 great movies that have flopped at the box office this year

You might conclude from these numbers that “Murder Mystery” simply had a bigger impact on the pop-culture conversation, despite critics loving “Booksmart.” But that’s not the case.

At the peak, the number of social-media posts regarding “Booksmart” was much higher than the number at “Murder Mystery’s” peak, according to social-media analysis provided to Business Insider by Talkwalker.

“Booksmart’s” disappointing box office raised the question of whether the movie would have fared better if it had gone straight to streaming. And that could be the case. While millions of people watched “Murder Mystery,” it didn’t get them talking like “Booksmart” did. The problem was that “Booksmart” couldn’t get enough people into theaters. Imagine the impact “Booksmart” could have had if it were only a click away on Netflix.

‘Booksmart’ is a symptom of larger box-office trends

“Booksmart” isn’tthe only well-reviewed comedy this year to fail to attract audiences to the theater. Others, like “Long Shot” and “Late Night,” have also underperformed. And the genre has been stale at the box office for the last decade.

In 2009, “The Hangover” was a blockbuster, especially by modern comedy standards. It was the sixth highest-grossing movie in the US that year with $277 million. Since then, only two live-action comedies have managed to crack the top 10 of the domestic box office in their respective years: “The Hangover Part II” in 2011 and “Ted” in 2012.

Given the low budgets of comedies compared to the likes of superhero blockbusters, that’s generally not a bad thing. But there also hasn’t been a comedy in the top 20 since 2014, when “22 Jump Street” made $191 million. 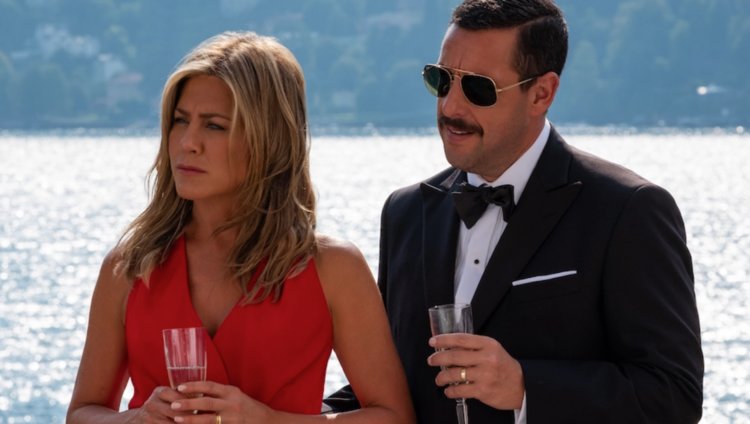 The comedy genre represents the shifting interests of audiences today, who are less and less likely to go to the theater for movies that aren’t major tentpole releases like “Avengers: Endgame.” In a conversation withThe New York Times, filmmaker J.J. Abrams acknowledged this trend.

“When you have a movie that’s as entertaining, well-made, and well-received as ‘Booksmart’ not doing the business it should have, it really makes you realize that the typical Darwinian fight to survive is completely lopsided now,” Abrams said. “Everyone’s trying to figure out how we protect the smaller films that aren’t four-quadrant mega-releases. Can they exist in the cinemas?”

READ MORE:Adam Sandler’s Netflix movies have been trashed by critics, but ‘Murder Mystery’ shows his value

“Bridesmaids” director Paul Feig admitted to the Times that he often wonders if his comedic thriller, “A Simple Favor,” should have gone straight to streaming (it made $53 million domestically last year).

“That’s the kind of movie you want to watch when you’re ready to have fun, but is it necessarily the kind of movie where you rush out to the theater, park your car and pull out your wallet just to see it?” he said.

Netflix has attempted to capitalize on this pattern by regularly releasing comedies like this year’s “Always Be My Maybe” and “Murder Mystery.” The latter not only showcases why Netflix lured Sandler into a four-movie deal in 2014 (and then renewed it for four more movies in 2017), but also why it’s betting big on the comedy genre.

Social media proves that there’s buzz around “Booksmart,” even if people aren’t paying to see it in a theater. Maybe viewers would be more inclined to do so if it were available to watch at any moment in their homes.