After a pandemic hiatus, dancing under the stars has returned, uniting old friends and acquaintances.

A giant disco ball reigned over the Lincoln Center dance floor this summer, and a miniature one adorned a dancer on Lindy Hop night.Credit…

By Julia Jacobs and Rachel Sherman

Three summers ago, on a mid-July evening, Margaret Batiuchok was teaching the basics of Lindy Hop on an outdoor stage at Lincoln Center when her microphone cut out.

It was the final night of Midsummer Night Swing, a more than 30-year tradition in which New Yorkers obsessed with — or merely curious about — partner dancing have flocked to a vast dance floor on the Upper West Side.

Batiuchok switched to a megaphone, but it soon became clear that the problem went beyond technical difficulties: Part of the West Side of Manhattan had lost power and would not regain it for several hours.

The dancers were asked to scatter before the sun set that night, and some now joke that the blackout of 2019 was a bad omen.

In 2020, the coronavirus pandemic bore down on the city, forcing Lincoln Center to cancel Midsummer Night Swing for the first time since it started in 1989. It was canceled again in 2021.

Lana Turner, 72, a Harlem resident who has been referred to as the doyenne of the Lincoln Center swing dancing community, recalled the days when she and her fellow dancers were without their usual summer haunt.

“There was a lot of pent-up energy,” Turner said.

In June, that energy was set free again: The dance floor returned to Lincoln Center, and regulars reunited with friends and familiar faces. They didn’t necessarily know each other’s last names, but they had long been fixtures in each other’s lives.

“You realize they’re important to you even though they’re semi-strangers,” said Mai Yee, who has been dancing at Midsummer Night Swing for more than 20 years. “It was like ‘Oh my God, you’re here — we survived this!’” 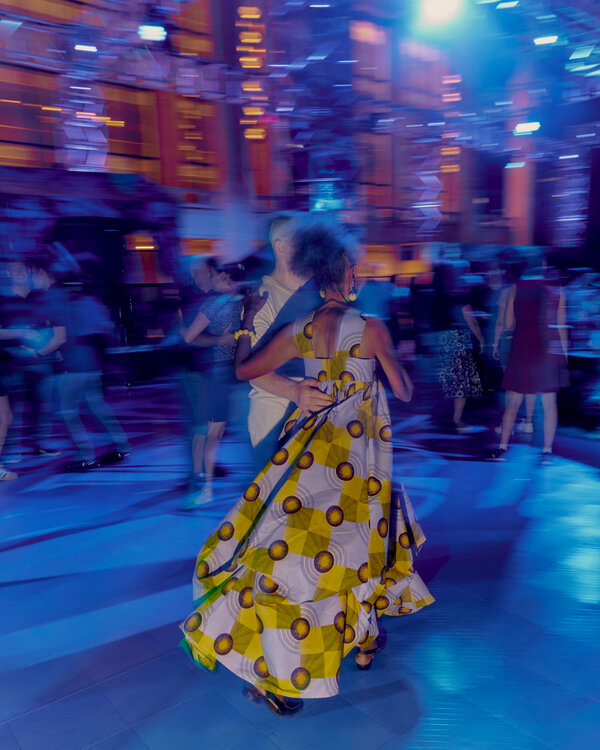 One of the people Yee typically sees only when out dancing is Turner, who started attending Midsummer Night Swing at roughly the same time. Yee remembers Turner, on the floor year after year, always wearing something exquisite. (Turner’s eye-catching fashion used to attract the attention of The New York Times fashion photographer Bill Cunningham.)

On a tango night this summer, Yee and Turner, wearing a floor-length yellow dress with a peacock design, chatted with other longtime attendees, discussing the lengths to which they would go to partner dance during the pandemic. Some would hold one end of a ribbon or a rope, with their partner holding the other, so they could form a connection without touching. Some took classes virtually, and once they could dance with others in person, wore gloves and masks for protection.

“It’s not an addiction; I can stop at any time!” said Anahý Antara, as couples tangoed around her in tight embraces. 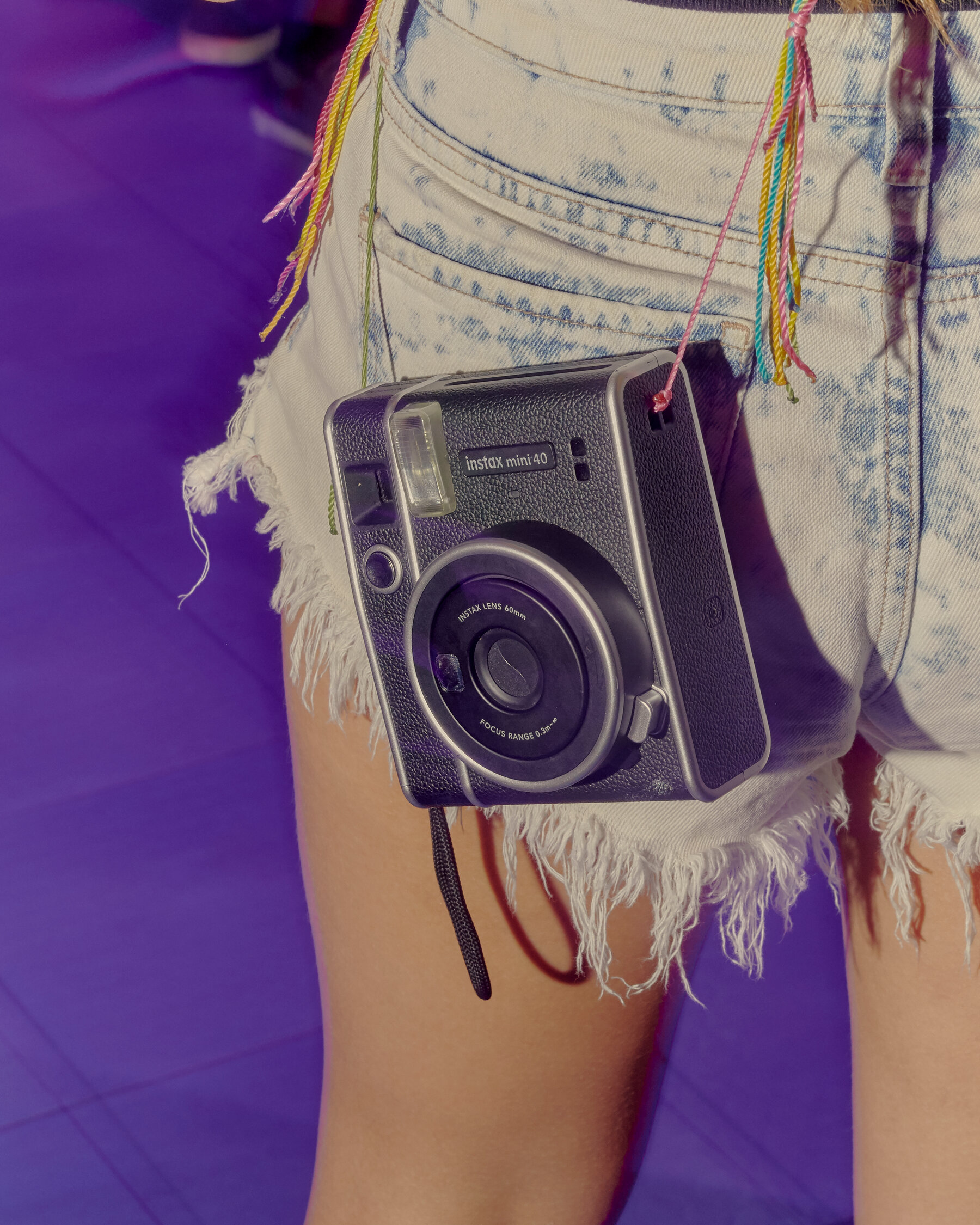 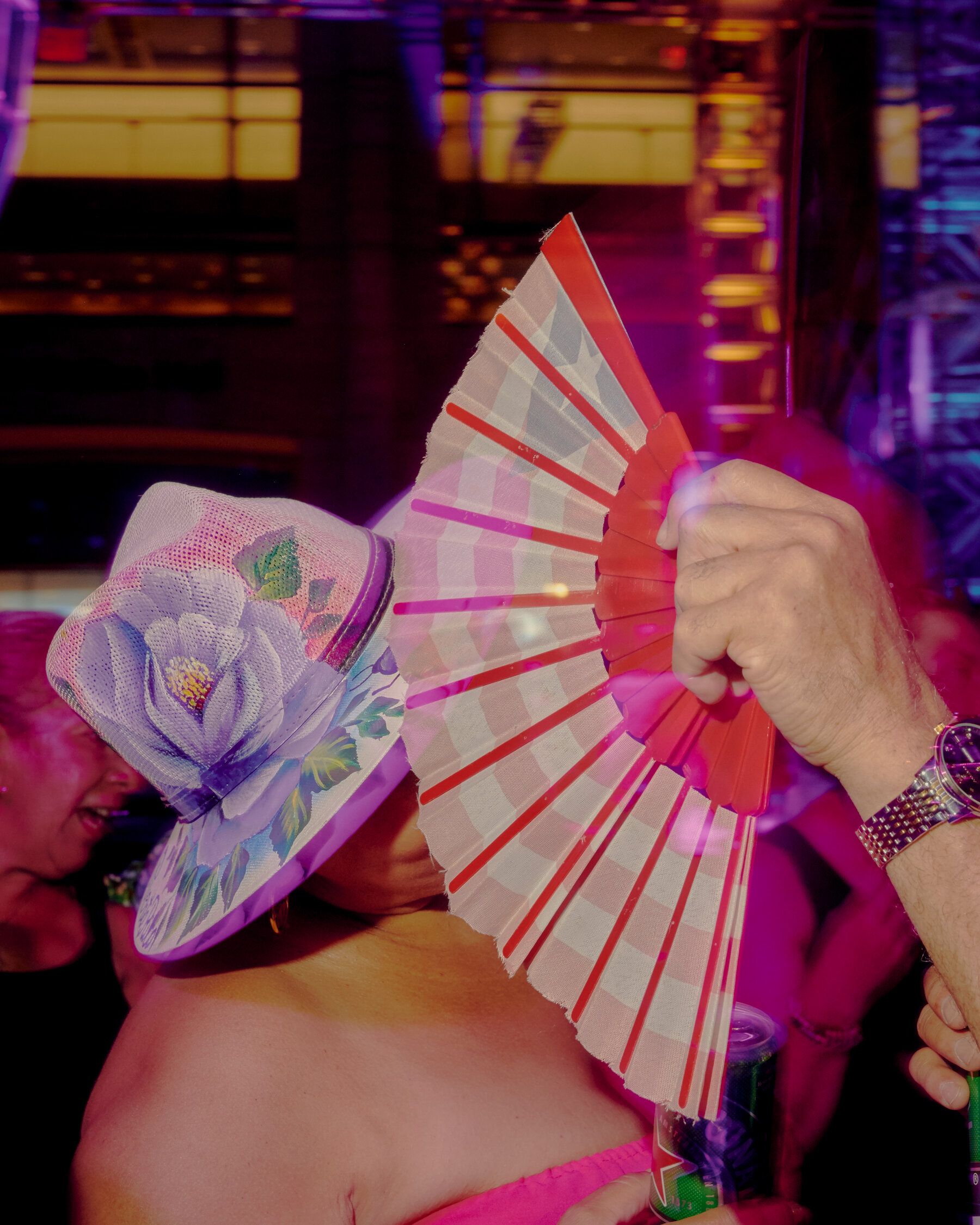 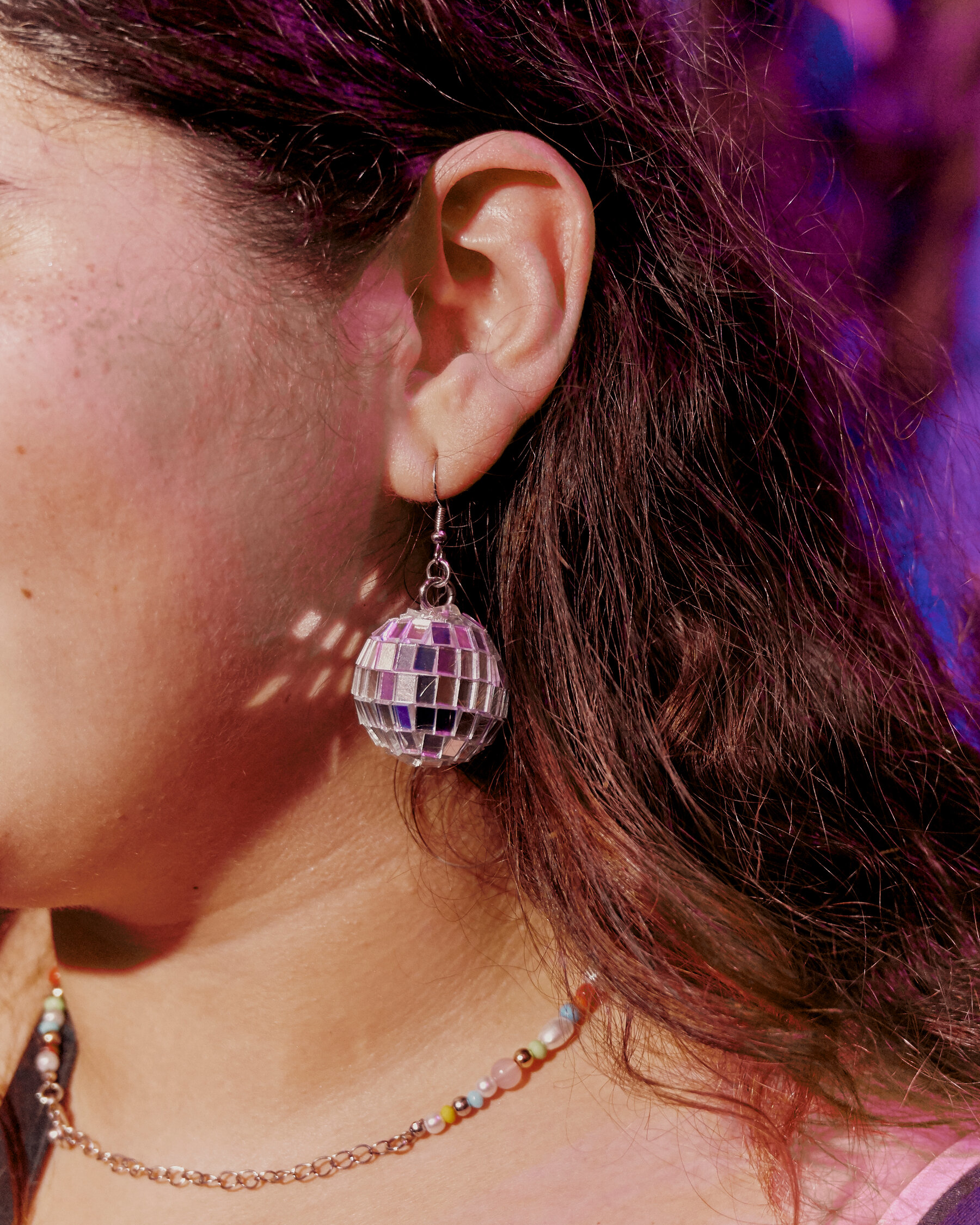 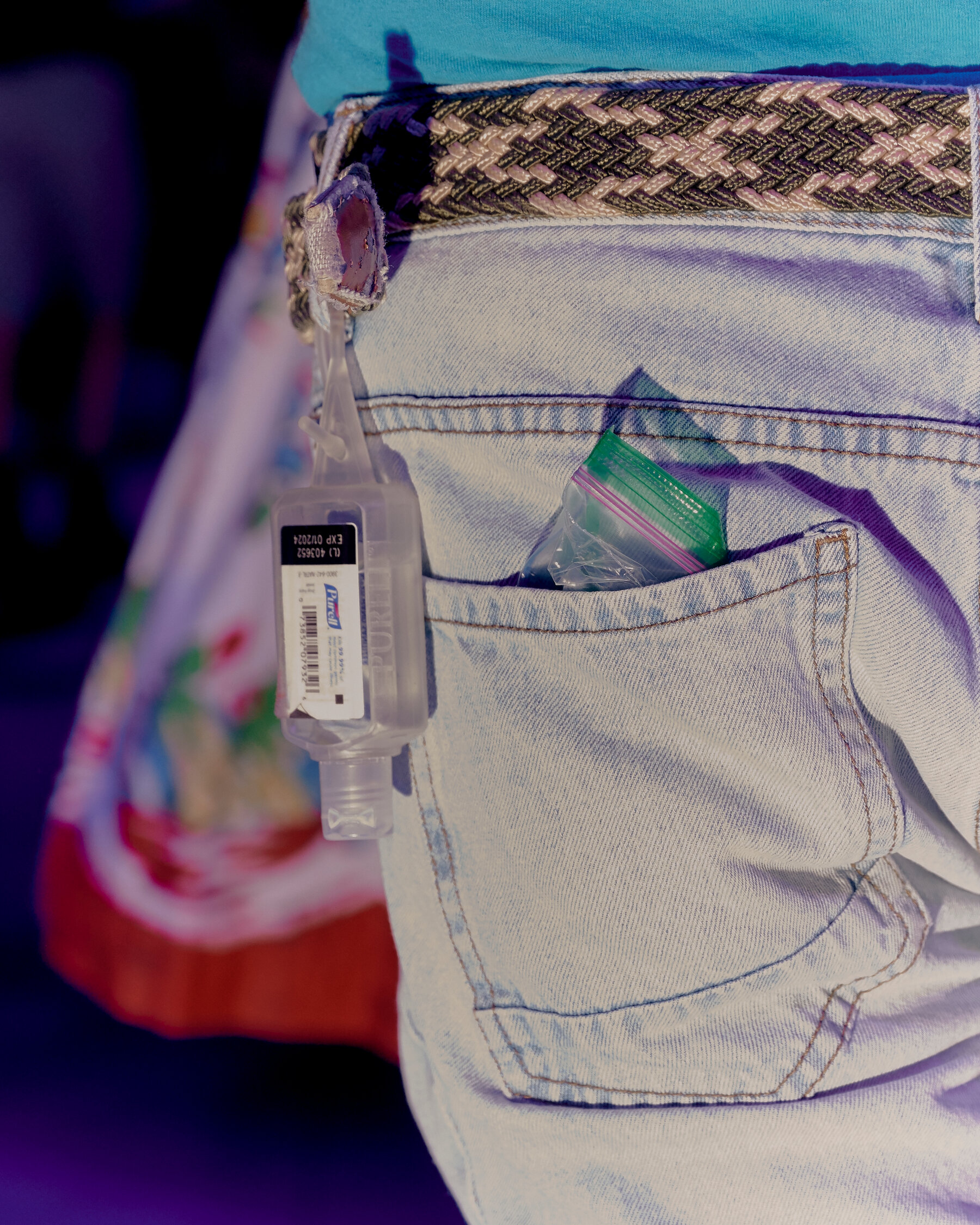 Back when she would dance five nights a week during Midsummer Night Swing, which typically lasted for three weeks, Antara said, she had a voice mail message that said, simply, “You know where I am.”

The event the dancers returned to was different than in the before times. For years, Midsummer Night Swing was held in Damrosch Park; this year, the dancing was back on the plaza, where it started 33 years ago when a big-band Lincoln Center anniversary party turned into an annual tradition. (It moved to Damrosch Park in 2008 because of construction on the plaza.)

For the program’s grand return, Lincoln Center hired Clint Ramos, a Broadway costume and set designer, to create a flashy outdoor dance hall on the plaza in between the grand buildings that house the Metropolitan Opera, New York City Ballet and New York Philharmonic. Called the Oasis, it featured a disco ball 10 feet in diameter, a mirrored stage and an electric blue dance floor that had a way of coaxing in passers-by, many of whom preferred to sit on the sidelines, sipping wine and watching the spectacle.

“It’s more like a party, like a celebration,” said Batiuchok, who is the ultimate veteran of Midsummer Night Swing, having performed at the first two events with the swing dance master Frankie Manning.

Another important change this year: Admission was free. Originally, attendees who wanted to dance on the main floor paid admission, while others could salsa and rumba on the outskirts as the band blasted music out into the park.

The free dance events — which ended on Aug. 6 — drew more people than previous years, not all of them serious dancers, which prompted some grumblings among regulars that it was harder to find skilled partners. Lincoln Center estimated this year’s attendance at 54,000. In 2019, Midsummer Night Swing drew around 15,000 ticket holders onto the dance floor, with an additional 23,000 people around the periphery, the organization said. 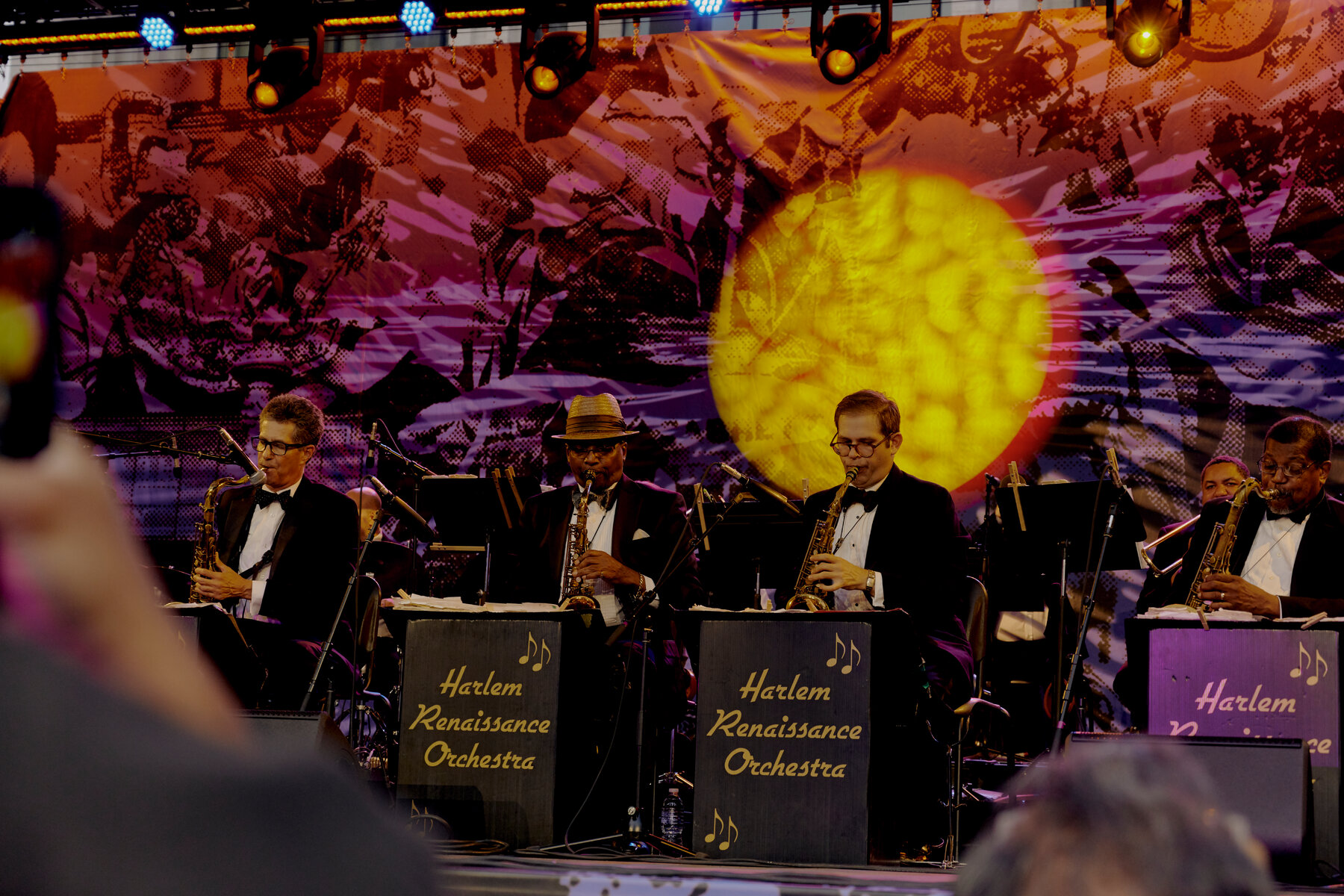 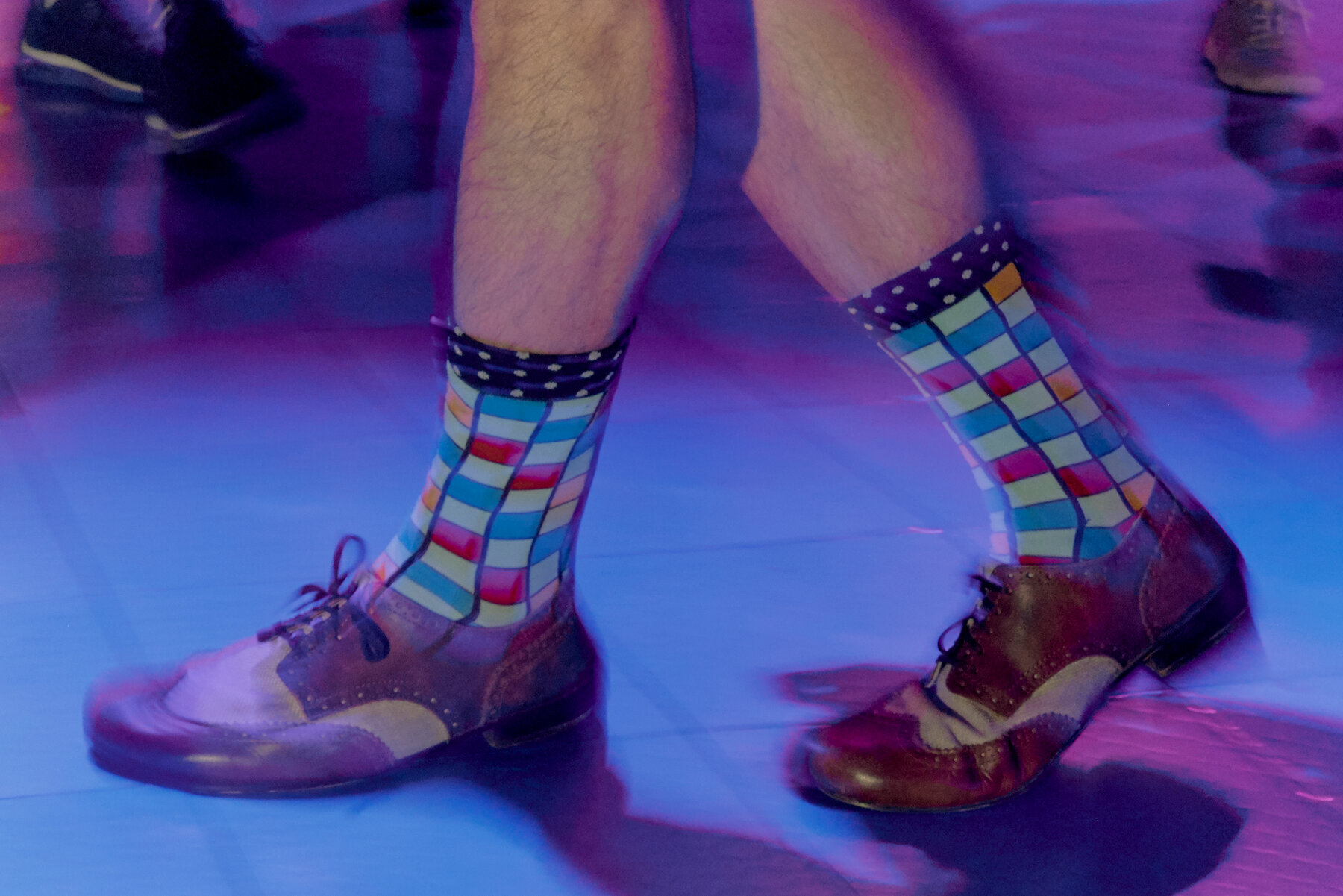 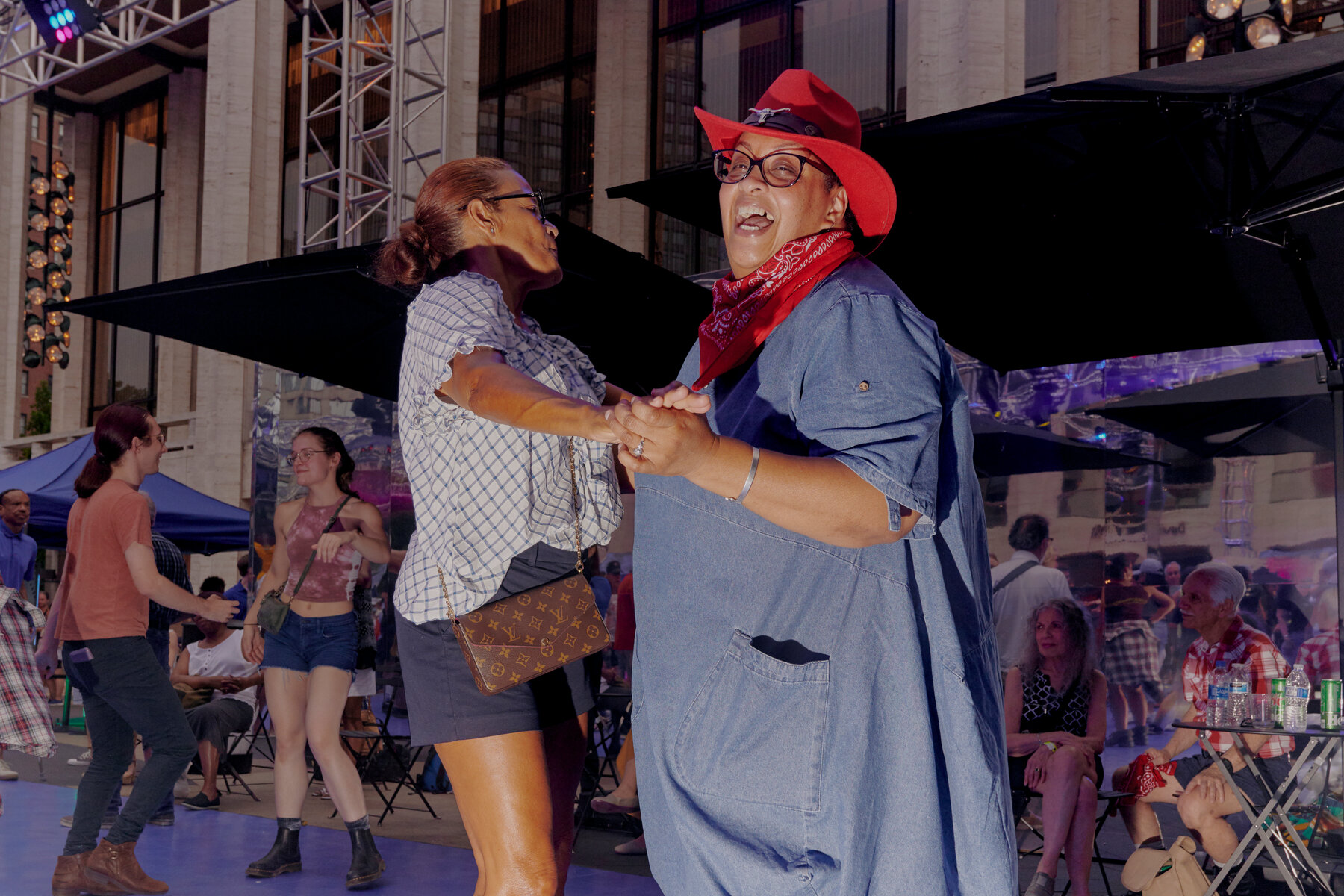 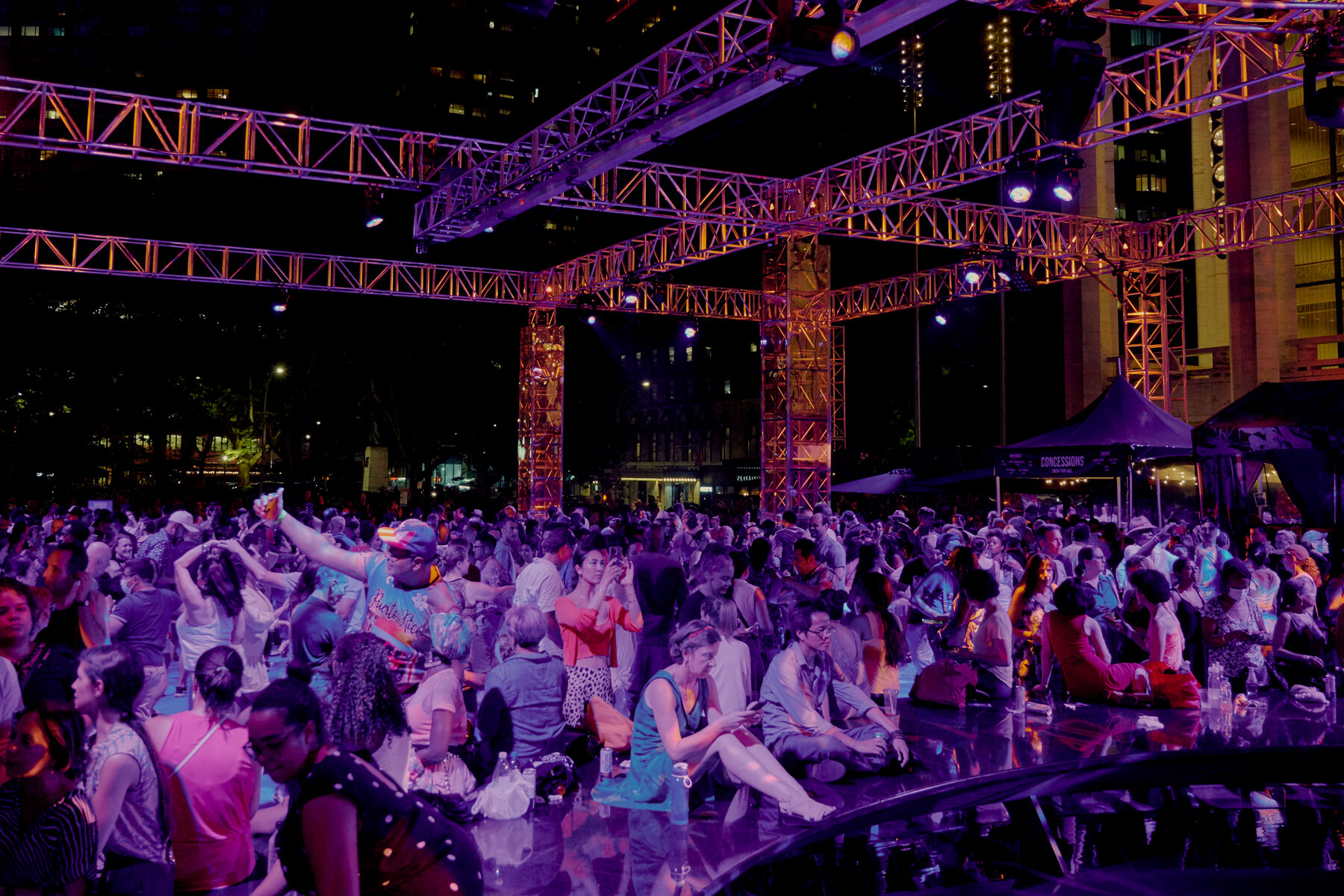 And perhaps the biggest change: The name Midsummer Night Swing disappeared, at least for now. This year, the social dancing was under the umbrella of Lincoln Center’s Summer for the City festival, which also encompassed workshops for children, orchestra concerts and poetry readings.

The dancers came with all kinds of back stories: A 67-year-old woman who convinced her husband to move from Paris so she could dance with the salsa greats of New York City; a 24-year-old doorman who began attending the events with his church friends; a 53-year-old mother with Stage 4 cancer who dances to find joy, calling it a “life force.”

They danced to connect with their cultural history.

“To have a dance created by our community, by our ancestors, is a form of resilience,” said Taneeka Wilder, 41, a Bronx resident who started dancing Lindy Hop, a form born in Harlem in the late 1920s, about six years ago.

They danced for their health.

“At 72, my blood pressure is excellent,” said Joanne Swain, who has been dancing since she was 14, when she would sneak into the Palladium nightclub on East 14th Street. “My doctor told me, ‘Whatever you do, keep doing it.’”

And they danced for human connection, something that many felt deprived of during the height of the pandemic. Here, it’s normal to take the hand of a stranger and be whisked off for a song or two. (Even these reporters found themselves coaxed onto the dance floor.)

“I realized during Covid that, other than human touch, the thing I missed the most was dancing,” said Veronica Cabezas, 42, who glowed with excitement on a salsa night last month. “It puts you in a disposition of openness to meeting a new person.”

Few attendees wore masks at the events, and everyone agreed: Zoom could not compare to dancing under the stars, nor could dancing at home with a broom as a partner, which Swain recalled doing at her home in the Bedford-Stuyvesant neighborhood of Brooklyn.

On one of the final nights of the season, just days before the Oasis would be deconstructed, swing dancers convened for the Harlem Renaissance Orchestra, the same group that was performing when the power went out in 2019.

W.R. Tucker, 88, whose dance name is Tommy Tucker (another regular dancer referred to him as Ice), wooed partners in a cream linen suit and matching fedora.

After moving to New York from Florida in 1954, he was a regular at the Savoy Ballroom in Harlem. Tucker, who has attended the social dance events at Lincoln Center for about a decade, credits dancing with keeping him “out of trouble.” He didn’t stop during the pandemic, even if he had to do it at home alone.

“New York was about to die, but I danced in the house,” Tucker said. “To be here right now feels like a new life.”