Bella Thorne revealed that growing up as a child star was a challenging situation because it often put her in a room with adults, who didn’t always have her best interest at heart. Her tale is an eye-opening look at how scary the entertainment industry can be — and it’s why Hollywood has to keep setting boundaries on what is appropriate for kids working on set.

The 25-year-old actress is best known for her work on Disney Channel’s Shake It Up series with Zendaya, beginning in 2010. She explained on Emily Ratajkowski’s podcast, High Low with EmRata, how “f**king stressful” it was to have a career at such a young age. Thorne recalled an audition she had when she was 10 years old and how uncomfortable a director made her feel with his feedback. “The casting director calls my agent, and the agent calls my mom, and they’re like, ‘So, she’s not moving forward because the director felt like she was flirting with him and it made him really uncomfortable,’” Thorne recalled.

Ratajkowski cut in, “Also him feeling that was a real issue.“

Thorne, who mentioned that she thinks about this moment “every day,” she added, “Also, you’re in a director session. You can’t really say or do much. You do the scene, you say hello, you walk out. There’s no time to like, lemme go sit on your lap or make you feel uncomfortable. What the f**k are you talking about, man?”

The former Disney Channel star has worked hard to reclaim her voice, which she feels was taken away from her at a young age. “I feel like I’ve rocked the word ‘sex’ for a long time, and I’ll always keep rocking this word because it’s what’s been put on me since I was so little, and yet it’s still something that I’ve taken so much of my own power back by owning that word,” she explained. 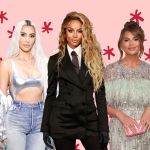 If you or someone you know has been a victim of sexual abuse, text “STRENGTH” to the Crisis Text Line at 741-741 to be connected to a certified crisis counselor.

Before you go, click here to see celebrities who have spoken out about being sexualized too young.