Brad Pitt busted out a few dance moves on Monday night at the Los Angeles premiere of Bullet Train, and we have to say it’s a side of the actor we haven’t seen in ages. From his recent out-of-the-box fashion choices to his sense of joy on the red carpet, the 58-year-old actor seems to be living his best life.

There’s been a lot of dancing going on this summer with the Jolie-Pitt clan. With daughter Shiloh, 16, becoming an internet sensation with her hip-hop moves, and ex-wife Angelina Jolie doing the electric slide at Spelman College, maybe Pitt wanted his own moment in the spotlight. However, he admitted he just doesn’t have the grace of his teen daughter. “I don’t know where she got it from. I’m Mr. Two-Left-Feet here,” he joked to Entertainment Tonight. 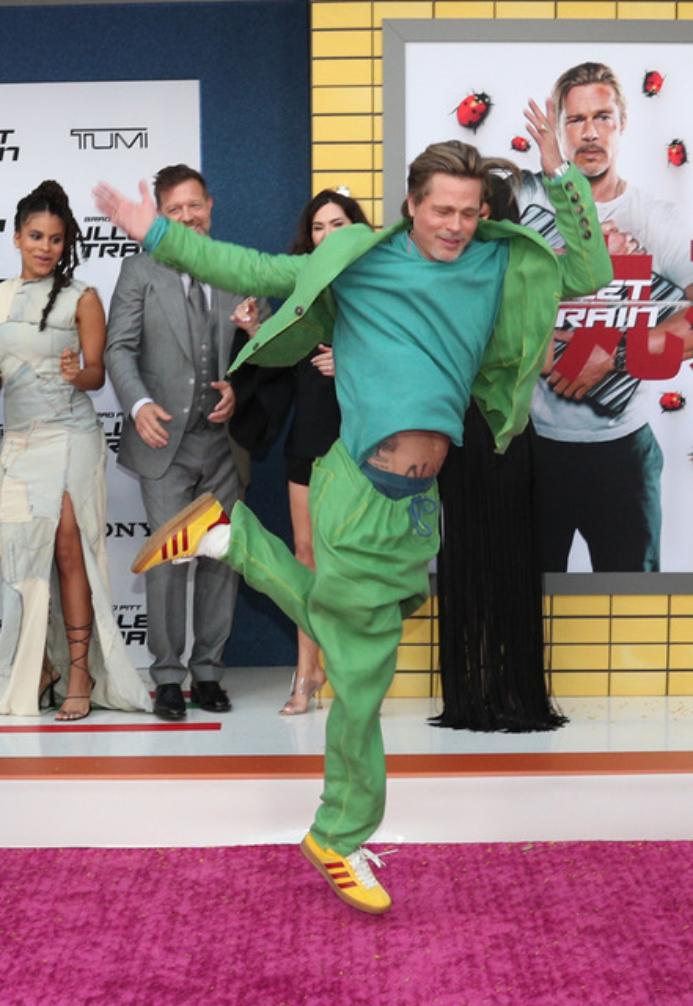 While Shiloh is making him proud, the Oscar winner is “living his best life under the circumstances,” according to a People source. The last six years of his life have been consumed by his contentious divorce from Jolie, a custody battle, and a court case regarding ownership of the former couple’s Château Miraval winery. Let’s just say, it hasn’t been an easy time for him. 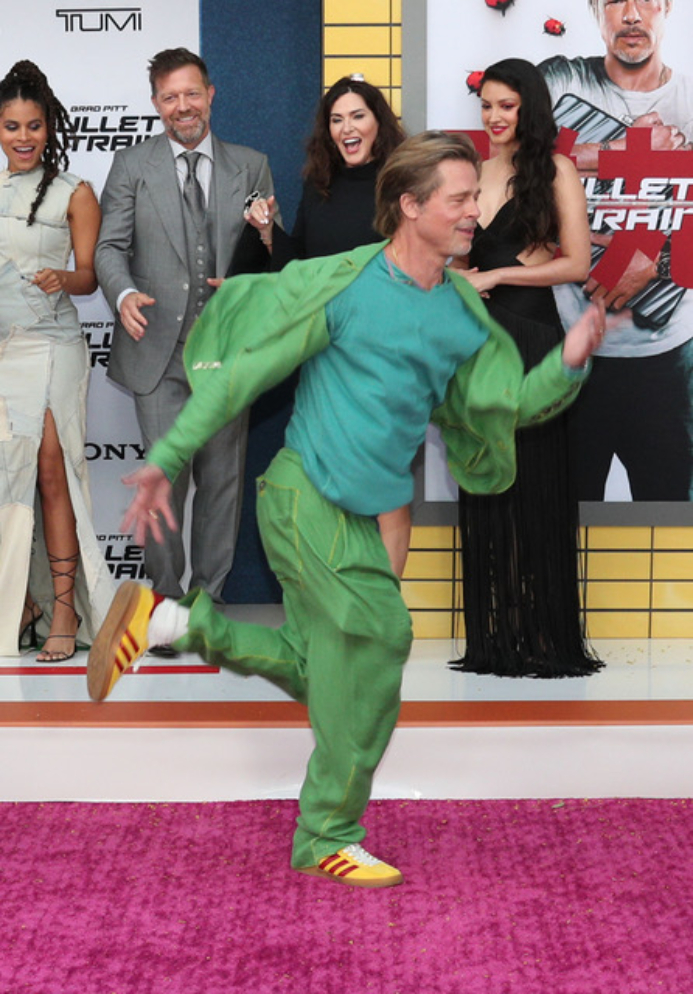 He’s been flirting with the press about a possible retirement from acting in the coming years, but he clarified his intent to Deadline. “I was just saying, ‘I’m past middle age and I want to be specific about how I spend those last things however they may be,’” he shared. “I’ve never been a five-year plan kind of guy. I’m just, whatever feels right for the day. I still operate that way.” That newfound spontaneity may explain his sudden bold color choices and a goofiness that’s been hidden away for some time — Pitt is living in the moment and enjoying it every step of the way.