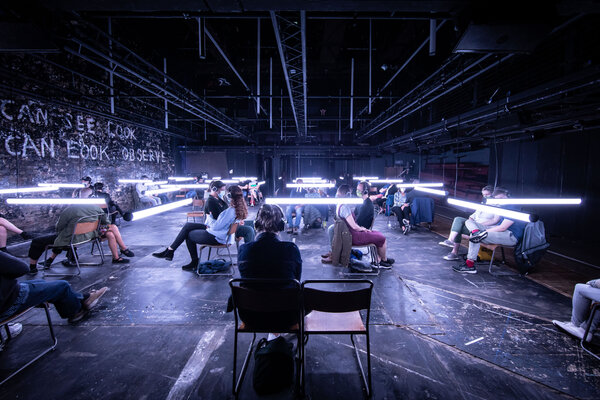 A British theater found a hit during the pandemic with “Blindness,” a sound installation in which masked and socially distanced audience members spend 75 minutes listening to Juliet Stevenson perform an adaptation of José Saramago’s dystopian novel about a society afflicted by an epidemic.

Now three important North American producers — one each in New York, Washington and Toronto — are planning to bring the work, with the Stevenson audio, to their theater-starved cities.

Each producer — the Broadway veteran Daryl Roth, the Canadian theater owner David Mirvish, and Simon Godwin, the artistic director of Shakespeare Theater Company in Washington — must overcome local hurdles before welcoming patrons. But each is confident they will get there this year.

The show, created for London’s Donmar Warehouse by the playwright Simon Stephens and the director Walter Meierjohann, was a critical and popular success in England, and the Donmar is hoping it will eventually be staged in multiple global cities.

“It became such a visceral, apposite thriller,” said Michael Longhurst, the Donmar’s artistic director. “It’s pretty full-on with its resonances with now.” 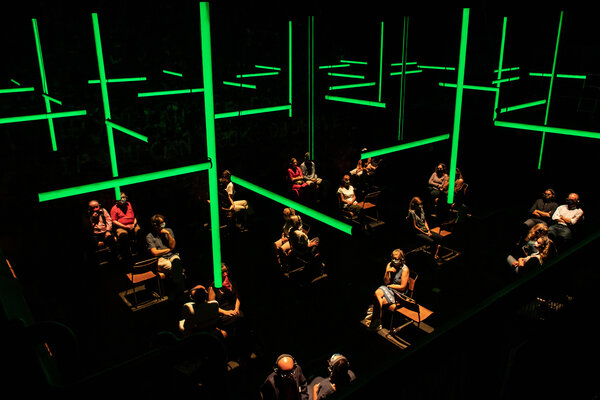 The production, a fable about an inexplicable outbreak of blindness, involves no live performers, avoiding labor issues and reducing costs. Each venue has its own safety plans, but all include mandatory masking and socially distanced seating, and each pledges to carefully sanitize the headphones patrons wear to hear the binaural sound recording. To help defray costs while playing to small audiences, each venue also plans to stage the show more than once a day.

In New York, Roth plans to stage the show at a 499-seat theater she owns, the Daryl Roth Theater, in Union Square, before audiences of 50 people (she would expand to as many as 84 if allowed). Currently, New York’s pandemic protocols bar theaters from presenting work to in-person audiences, but Roth, arguing that this work is “a sound and light experience,” and not a play, said she is working with city and state officials to get permission to proceed, which, she said, “we believe will be forthcoming.” “This piece is extremely moving — it’s thoughtful and emotional and provocative,” she said, “and that’s what we’re hungry for.”

In Toronto, Mirvish is planning to install the show on the sprawling stage of the 2,000-seat Princess of Wales Theater, running it 20 times a week before audiences of no more than 50. Mirvish said the show is already permissible under Ontario’s protocols — the Royal Conservatory there has begun holding limited-capacity concerts — but that he is going to wait until a recent uptick in local virus cases eases. The producer is hoping to start the run in mid-November. “I want people to feel confident so they can have a good experience,” he said.

In Washington, where some performing arts organizations are already staging shows as part of a pilot program, the Shakespeare Theater Company will apply for a waiver to stage “Blindness” in December, before an audience of 40 people in a theater that normally seats 761. Godwin, using the type of language that is new for artistic directors, promised “a totally uncompromising, sanitized, hygiene-centered experience,” and said he hopes to follow a “Blindness” run with a socially distanced season starting early next year.

“We’re so keen to get folks back into the building, and start sharing stories,” he said. “More than ever, people need the healing power of shared storytelling.”