If vacationing with other families was complicated in Before Times — splitting costs, calling dibs on bedrooms — the coronavirus has only doused the fire with more fuel. 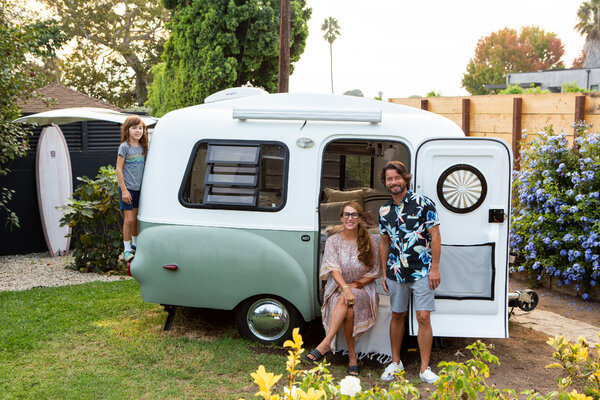 Seven months into the pandemic, the recommended rules for families are clear: Safety first means safety in low numbers. Learning pods are small. Social bubbles are guarded. The “quaranteam” lines have been drawn — at home and on the road.

“By this point, we’re all gotten to know the tribe in our pandemic ‘lane’,” said Stacie Krajchir-Tom, 52, a Los Angeles brand consultant who is heading to Ojai, Calif., next month with several families from her son’s third-grade class. “That’s who you’re most likely going to want to travel with.”

But if vacationing with other families was complicated in Before Times — splitting costs, calling dibs on bedrooms — the coronavirus has only doused the fire with more fuel. Groups must contend with frank discussions, personal frustration and, in some cases, canceled trips. Hotels, advisers and other travel companies are adjusting to a new set of guest concerns and interpersonal dynamics. But for travelers like Ms. Krajchir-Tom, the extra effort is worth it.

“Being on vacation with your friends is always a fun thing,” she said. “But especially during Covid, the greatest gift we can give our kids right now is a shift in environment.”

When it came time for her annual trip with friends this summer, Linda Baird didn’t fret about closed borders or canceled flights; the Airbnb the group had rented in January was on a private waterfront in Maryland, and she and her family would be road-tripping from Columbus, Ohio. She did, however, worry about the drive, especially at a time when Ohio infection rates were peaking.

“I asked myself a few times about whether the stress of getting there would outweigh the experience of being there,” said Ms. Baird, 39, a freelance writer and stay-at-home parent of two children, 4 and 7. “We didn’t tell the kids until about a week before leaving because we knew that things could change at any time.”

For her, communication with her friends — a tight-knit crew of four families with eight children in total — was key. Not only did they discuss how the costs would be divided and who would bring the breakfast bagels, they also checked in with each other throughout the spring and summer, monitoring local infection rates and agreeing to get tested before the trip. And they talked through what would happen if someone fell ill in Maryland, designating the rental’s detached guesthouse as an obvious place to self-isolate.

“We were constantly asking, ‘What is your exposure like? What is your comfort level?’” Ms. Baird said. “There were lots of conversations about how we were living our day-to-day lives and what we could do to make this a fun — and safe — vacation.”

Conversations like that are vital, said Marisa G. Franco, a psychologist and friendship expert.

“Friends should certainly have discussions from the get-go about boundaries, priorities and the issues that could arise,” she said. “It may feel awkward, but it will feel way more awkward if your friend shows up and she’s not wearing a mask.”

But as Judy Nelson, 38, learned while deciding whether to travel with three other families to Seaside Heights, N.J., this summer, even teed-up quarantine values can turn into a case of “the best-laid plans.”

“There was a bit of ‘I really want to go but I’m sort of on the fence’ conversations, but truthfully, it all fluctuated with how the news was looking,” said Ms. Nelson, the communications director at a design firm.

A few weeks before the July trip, Ms. Nelson and her husband, who live in Brooklyn, took their toddler daughter to Jacob Riis Park, a beach in Queens. She relayed what she saw — droves of mask-less sun-seekers — to the group. A few texts and emails later, they canceled their Jersey Shore vacation.

“Canceling felt heavier this year than in other years, because in other years we would have all had more changes of scenery by now,” she said.

Others found that their trips were no match for travel restrictions and clamped-down borders.

Patrick McDermott, who lives in Abu Dhabi, was excited about heading to Connemara, in Western Ireland, with the group of friends he has traveled with every summer for more than 15 years, despite their being spread across multiple continents and countries.

“It has become a cherished tradition and something that all of us, especially our kids, look forward to all year,” said Mr. McDermott, 42, the founder of the points-and-miles website The Expat Flyer.

When the Irish government announced new travel restrictions, four of six families in Mr. McDermott’s group pivoted to a camping trip in Switzerland. But Mr. McDermott and his family had to tag along on WhatsApp: There were reports that United Arab Emirates residents were getting stuck overseas because of the pandemic, and they didn’t want to risk it.

“Missing everyone getting together in Switzerland was heartbreaking,” Mr. McDermott said. “The strength of these relationships was particularly evident over the last six months — these friends were our first port of call for advice and support.”

As for Ms. Krajchir-Tom, her school “hive” shares beliefs about masks and distancing. Yet there was one issue that failed to draw a consensus.

“There are families that were definitely not getting on a plane, and there’s the camp that’s completely down to fly,” she said.

The more risk-tolerant subset may eventually head to Baja California. But for now, Ojai, about 90 miles from Los Angeles, was the compromise. The group will stay at The Capri Hotel, whose pandemic protocols Ms. Krajchir-Tom and another mother can vouch for firsthand, having visited with their sons during a quick getaway in August.

In a flash poll on Instagram this summer, Virtuoso, a network of luxury travel agencies, found that 79 percent of users would travel with families whose pandemic values align with their own.

Luxury resorts like Eden Roc Cap Cana, in the Dominican Republic, and The Ocean Club, A Four Seasons Resort, in the Bahamas, are fielding a steady stream of inquiries from such groups.

“We’ve seen an increase in family pods taking over an entire three- or four-bedroom villa residence or booking suites close to each other,” said John Conway, the Ocean Club’s general manager.

Exactly who’s sleeping where is “decision point No. 1,” said Amie O’Shaughnessy, the founder and chief executive of Ciao Bambino!, a Virtuoso agency that specializes in family travel.

“One of the big questions to ask is: Are you going to be in the same house? Are you actually vacationing side-by-side and safely adjacent to one another?” said Ms. O’Shaughnessy. “Or are you saying: We’re going to decide that we’re totally on the same page and share a home?”

“We have encountered several instances where one or two guests in the reservation will initially back out, making the trip less affordable for everyone else,” said Andreas King Geovanis, the founder of Sextant Stays, a Miami-based hospitality company. “This has a ripple effect, and the group continues to dwindle until they ultimately decide to cancel altogether.”

That’s exactly what happened to Torben Lonne, who lives in Copenhagen and runs DIVEIN.com, a scuba-diving website. Mr. Lonne was set to travel to Egypt with his uncle’s family but in late September — after the group had been virus-tested and loaded up with travel insurance — his uncle reneged, citing infection rates in Egypt. The trip was canceled.

“Everything was set for us to go,” Mr. Lonne, 34, said. “I felt very disappointed and annoyed that my uncle would back out at the last moment, and once everything was canceled we didn’t speak for a while.” 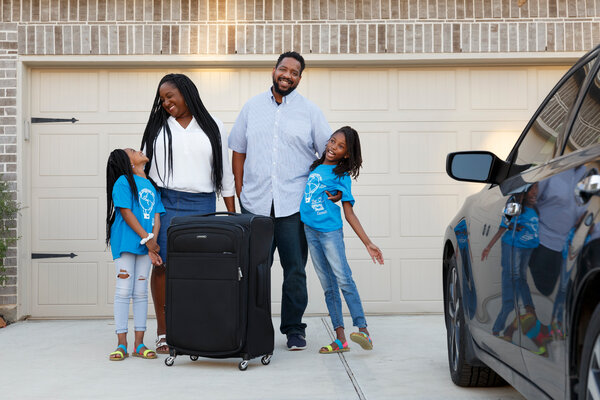 What’s in it for travelers? Everything.

No one in Ms. Baird’s group ended up in the guesthouse, and even the trip’s misadventures — one power outage, one jellyfish sting — did little to dampen her perspective.

“As soon as I got there, I felt a moment of normalcy,” she said. “We had done everything possible to prepare, and the trip was a break from the anxiety of the pandemic.”

For Montoya Hudson, 35, of Katy, Texas, it was crucial to get the pandemic-related brass tacks out of the way so that the fun — a friends’ trip to Tennessee next month — could begin.

“We said, ‘Hey, this is what we’ve been doing, this is what we would like to do with you, have you guys been doing the same?’” said Ms. Hudson, who works in health care information technology and runs The Spring Break Family, a travel blog. “We’ve been restricting outside activity, going on the side of caution and keeping to ourselves.”

Ms. Hudson and her friend Monet Hambrick, who runs The Traveling Child, another travel blog, are eager for a break from their cabin fever. They’re also looking forward to visiting key sites from the civil rights movement and Black history with their husbands and school-age daughters (they each have two).

“I know it sounds very simple, but I miss people,” Ms. Hudson said. “My daughters haven’t had the chance to socialize with their friends; I don’t get to chat with my co-workers in the hallway. This seems like a nice way to merge the desire to travel with the need to see friends.”

Sarah Firshein is a Brooklyn-based writer. She is also our Tripped Up columnist. If you need advice about a best-laid travel plan that went awry, send an email to travel@nytimes.com.