The actor’s performances “allow me to know more of who I am,” he said. After years of stealing scenes in supporting roles, he is the main attraction in Netflix’s “Kaleidoscope.”

“Breaking Bad” kicked off a prolific new chapter of Giancarlo Esposito’s career. Next he plays a vengeful thief in the crime thriller “Kaleidoscope.”Credit…Jingyu Lin for The New York Times

Giancarlo Esposito is thinking about robbery.

“Have you ever walked into a bank and thought, ‘There’s all this money here’?” he asked recently. “And there’s the door, and you see a sweet young teller. You know she’s green. What if I just went and said, ‘Just empty the money in this bag.’ Would I get away with it?”

It’s a brief reverie from the star of the new Netflix heist series “Kaleidoscope,” about a master thief seeking revenge, assembling a team and facing his mortality. But it’s also standard for an actor always immersed in thoughts of his work, whether he’s playing a neighborhood agitator who wants to see some Black faces on the local pizzeria photo wall (Buggin’ Out in “Do the Right Thing”), a ruthless drug lord hiding in plain sight (Gus Fring in “Breaking Bad” and “Better Call Saul”) or the leader of a remnant of the Galactic Empire (Moff Gideon in “The Mandalorian”).

Prolific, palpably thoughtful, he seems ubiquitous. But he is constitutionally incapable of mailing it in. His work is intensely personal.

“I’m a really committed actor,” he said during a recent video interview, dressed dapper as ever in a black dress shirt, silver jacket and sleek eyeglasses. “I believe that my work will heal my personality, that it will allow me to know more of who I am and experience more emotions. So then I can understand more of what my motives are in life. I look at my work as a meditation, as a spiritual journey. It’s an investigation for me.” 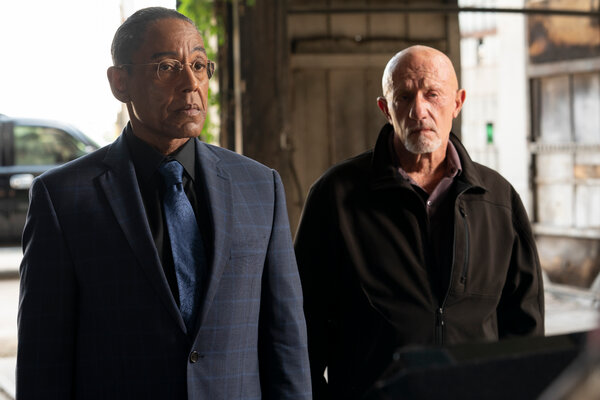 For most of his career, he has done his investigating in supporting roles, quietly stealing scenes from better-known stars. In “Kaleidoscope,” an experimental thriller premiering on Sunday, he is the main attraction, the leader of a criminal enterprise and a cast that also includes Paz Vega, Rufus Sewell, Rosaline Elbay and Jai Courtney. It’s a rare chance to see a popular character actor make a splash in a lead role.