Animals are nesters and, as Mel Brooks noted, “If you don’t think actors are animals, you’ve never eaten with one.”

Six days a week, dressing rooms are where we actors warm up, make up, dress up and get up for the performance the audience has come to see. Dressing rooms are private spaces that make public appearances possible.

Most Broadway theaters are filled with tradition, which is another way of saying that they are very old. Backstage real estate is precious, and the space allotted to dressing rooms is not usually the most generous or desirable. Sets, props, costumes and our beloved union stage crews get the most accessible rooms, and so actor’s caves are often up or down flights of steep stairs.

These rooms, which can accommodate one leading player or a dozen ensemble members, come outfitted with lights, mirrors and shelves to hold makeup, meals and mementos. Toilet facilities are most often shared among all residents of each floor. The longer I sit here struggling to paint this picture for you, the more I realize that most Broadway dressing rooms are akin to the cold water flats of yore. Basic needs are met.

It’s the personalization that is most fascinating and worthy of sociological study. I have visited dressing rooms that looked like unkempt childhood closets, and I’ve seen gorgeous abodes created by famous interior designers. Should you ever enter one, I urge you to look beyond any applied décor and instead focus on the bones; the exposed ceiling pipes, windows that don’t open; and paint layers that haven’t been stripped since the first occupants took up residence. These are our nests.

Superstition demands that a dressing room cannot be decorated until the reviews are published. It’s the old “counting your chicks before they’re hatched” deal. But some actors take the monastic approach even further. Dick Latessa, my darling “Hairspray” co-star, kept nothing in his dressing room. Not a card, not a vase, not a tchotchke. There was a mirror, a few wire hangers and two chairs. After months of watching him live like that, I finally bought him a small television, thinking he’d watch his beloved sports when he was offstage. Instead he gifted the TV to one of his daughters and returned his room to the fortress of solitude he preferred. This was where changed his clothes and waited to make his entrances. He wanted no more commitment backstage than that.

On the other extreme, I’ve always striven to make my dressing rooms explosions of color and life. For “Hairspray” I actually had two rooms at the Neil Simon Theater — an inner sanctum in which to dress, and an adjoining room to greet guests. Before moving in, I asked management to paint the private room bubble gum pink and the outer space taxi cab yellow. Both rooms were carpeted in deep purple. I sewed outrageously patterned curtains for the windows of both rooms, and to cover the doorway to the loo. I draped the ceiling with twinkle lights to disguise the plumbing pipes. We furnished the outer room with an oversized cherry red daybed on which I could nap but, more often than not you’d find five or six of us players napping together. 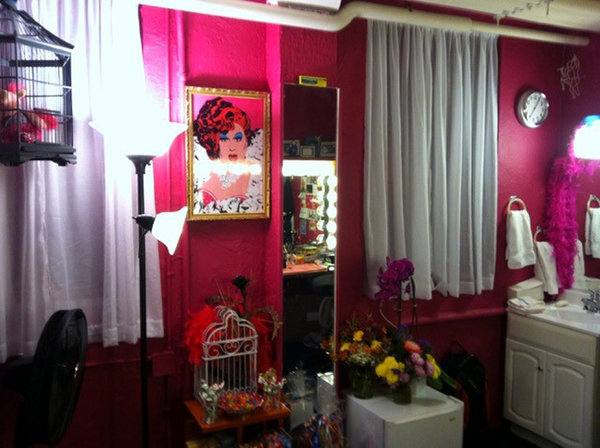 We outfitted the dressing station with a barber’s chair that swiveled and rose up and down allowing easy access for my team of hair, makeup and clothing divas to speed me through the series of quick changes demanded in the show. I joined Netflix and brought in a small DVD player (think 2002 technology) on which my dressers, the cast and I watched entire TV series like “Green Acres” and “The Judy Garland Show,” along with dozens of movie musicals. And I added an old copper peanut roaster that I kept filled with every kind of candy and snack you can imagine. I wanted this to be “Mama’s Room,” where the cast could come to visit, to gossip and to commune. There was almost always someone sitting on the floor under my rack of costumes eating a preshow takeout dinner, while someone else crashed on the day bed.

But the most precious features of that dressing room were the photos that filled the walls of both rooms. Digital photography was pretty new, and I snapped lots of pictures of the goings-on. Every Monday, I printed up the best at home, cut them up and added them to the ever-expanding photo collage. It became a communal diary of life in that theater. Here were the everyday occurrences, the celebrity guests, the backstage birthdays and silliness.

Leaving that collage behind was letting go of those happy years. For the show’s closing, I designed a greeting card with an image of the collage. Inside I wrote, “If this is what loving you all did to my walls imagine what it’s done to my heart.”

When I took over the lead in “Fiddler on the Roof,” in 2005, I inherited one of the most beautiful dressing spaces on Broadway. The two-room suite above the Minskoff Theater actually had windows! Yes, windows that you could see out from. And right across the street were the dressing room windows of the Marquis Theater, where a revival of my show “La Cage aux Folles” was playing. What fun we had sending messages back and forth across 45th Street. We even put on a pantomime show or two for one another. This suite of mine also had two bathrooms! How’s that for glamour?

I went out on the road with “Fiddler on the Roof,” and, because we were in a new theater every couple of weeks, I adopted a new dressing room philosophy. Now my room was less about décor and more about distraction. The road is hard. Away from home for months at a time, you are part of troupe of strangers who must somehow form a functioning family. For each new theater, I created a dressing room game. In Toronto we played “Cheese Bowling,” in which pins (Diet Coke bottles) had to be knocked over by tossing plastic cheese balls (Tevye was a dairyman, so we had prop cheese balls). In Denver, where I was assigned an expansive dressing room, every intermission found the entire company playing bingo, complete with prizes. And in Washington, we competed in Mouseketball, which is just basketball using tiny toy mice instead of balls.

But what becomes of our twigs and feathers when we leave a show or, Dionysus forbid, the production closes? There is an urge to cling to souvenirs, but the photos and cards and candles are shed. It’s best that way. Every role is a complete life cycle. So slap on the next coat of fresh paint, put another name on the door and wish the new resident, “Break a leg.” 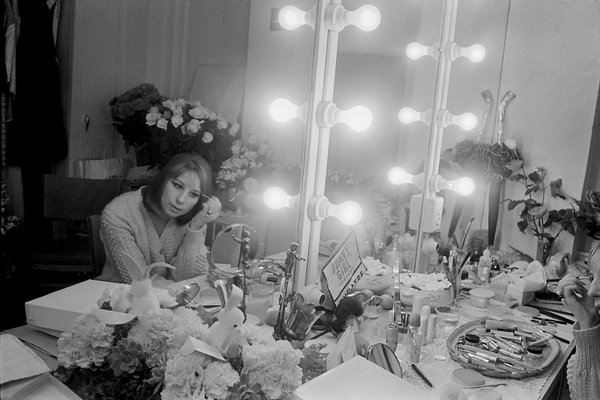 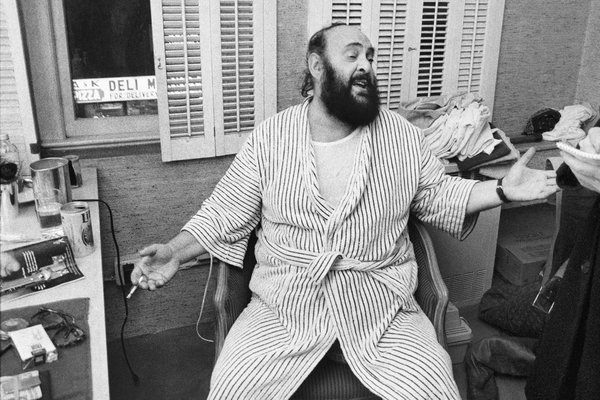