Gabriela Lena Frank, a composer and pianist and the founder of the Gabriela Lena Frank Creative Academy of Music, which aims to foster diverse compositional voices, was born with near-profound hearing loss. In an interview with Corinna da Fonseca-Wollheim, she described her creative practice and her exploration of the music of Beethoven, who gradually lost his hearing and by his 40s was almost totally deaf. These are edited excerpts from the conversation.

I always have been fascinated with how deafness affected Beethoven. If you look at his piano sonatas, in that first one in F Minor, the hands are very close together and the physical choreography of left and right hand is not dissimilar. As he gets older, the activity of the hands become more dissimilar in his piano work, and farther apart.

The progression over the course of the sonatas — a musical document of his hearing loss in transition — is not perfectly linear by any stretch of the imagination, but it’s undeniable. By the time of the “Waldstein” Sonata, not only are the hands far apart, but they are doing very different things: that left hand pounding in thick chords against the right hand’s spare little descending line, for instance.

Well, I recall from my therapy classes for hearing-impaired children that I was taught to recognize thick from thin. My therapist had me close my eyes and indicate from which direction a rumbly drum was coming, as opposed to a high-pitched whistle. I couldn’t really hear them, but I could certainly feel them.

I think it’s fascinating, too, that as Beethoven’s hands stretched for lower and higher notes, he demanded pianos with added notes, elongating the pitch range of the keyboard; he asked for physically heavier instruments that resonated with more vibration. More pitch distance and difference, and more vibration and resonance, is a recipe for happiness for a hearing-impaired person, trust me. A more dissonant and thick language, with clashing frequencies, also causes more vibration, so the language does get more physically visceral that way, too.

That said, if I don’t wear my hearing aids for a couple of days, my composing ideas start to become more introverted. This can produce music that is more intellectual, more contrapuntal, more internal, more profound, more spiritual, more trippy. And I think these are also hallmarks of Beethoven’s later music, and not just for piano.

Yet more from my own experience: When I’m really under a deadline, and need to get new ideas quickly, I don’t usually listen to music, as some composers do. In fact, I do the opposite: I take off my hearing aids and stay in silence for a few days. In the absence of sound, my imagination goes to different places. It’s a bit like being in a dream when unusual and often impossible events come together, the perfect place from which to compose. And when I put in my hearing aids again, I can feel all these wonderful ideas and connections fly away, just as a dream disappears when awakening. 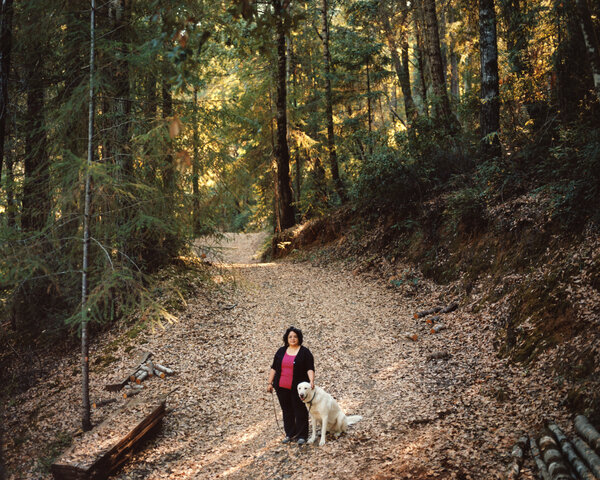 I wonder: Is it an exaggeration to say that composers after Beethoven, the vast majority of them hearing, were forever changed by a deaf aesthetic? And that the modern-day piano wouldn’t be with us if a deaf person hadn’t demanded its existence? This is beyond my expertise, but I’ve also wondered about sign language. Are there certain spatial gestures in the language that appear in the choreographic execution of certain kinds of music?

I usually start practicing piano without my hearing aids. At first, I’m still hearing the music in my head, but after a while, I’m more aware of the choreography, how it feels like a dance in my hands. Focusing on a physical experience that feels good and healthy can counteract bad habits which appear when you are only listening to the sound.

For instance, if one plays a large chord of, say, eight notes, the tendency will be to bring out the lowest note and the highest note — the bass and the melodic note — to give them more audibility and importance. Because of the structure of the hands, this means the weakest fingers are bringing out the most important notes. To help the poor fingers out, the hands will angle out, left hand pointing to the bass, right hand to the melody.

This is a very unnatural position for your hands to be in, and in fact it mimics the wrist-breaking karate locks taught in dojos, inviting injury. Imagine a series of these chords up and down the keyboard, in such an unnatural position. But because you are chasing a full-bodied sound from this eight-note chord, and not paying attention to its physicality, you start to do dangerous things. With the ability to take the sound out of the equation, I focus on the feel. I solidify a good technique first, and know it. Knowing it, I can hang onto it once I do put my hearing aids back in, and then work on the sound.

So, ironically, even though we are talking about a sonic art form, sound can be a distraction. Sound can take your attention away from the many other factors that go into making music. Music, after all, is about so much more than volume. For my own loss, I’m just missing volume. I’m not missing everything else one needs to make or enjoy music. And I even have perfect pitch, so in some ways, I hear better than hearing people.

And I think that had to have happened to Beethoven. He learned to create music without sound, however reluctantly. He left a living document of his hearing loss in transition likely starting with music written in his mid to late 20s, when his hearing loss likely began. In other words, I think he encoded his deafness in music. And as I say, the progression in his music is not a perfectly linear one, just as his progression through deafness was likely not perfectly linear, but the journey is there. Unmistakably.