We are all Snoopy now, lying atop our solitary doghouses, dreaming of adventures we cannot have.

With the arrival of “The Snoopy Show,” premiering Friday on Apple TV +, audiences are being ushered back into Snoopy’s inner world at a time when most of us crave escape from an eternal Covid-19 present. All the familiar faces from “Peanuts” — Charlie Brown, Linus, Peppermint Patty, Marcy — are back, but the show revolves primarily around Snoopy’s lavish fantasy life, which takes him to the bottom of the ocean, to the Wild West and into the skies, where he duels once more with the Red Baron.

“He’s not interested in what you think a dog should be,” said Rob Boutilier, the director of “The Snoopy Show.” “You can go fetch a ball; you can roll over. I’m going to fly in the sky in a Sopwith Camel.”

The six-episode series is a zippy, brightly colored update of the “Peanuts” specials that were annual presences on fall and winter television schedules for decades (first on CBS, then on ABC). For many of us, they were holiday staples of our childhoods, so much so that it sparked an outcry when Apple announced last fall that the specials would stream exclusively on its platform. More than 260,000 people signed a petition to return them to broadcast TV, and Apple responded with a deal that also allowed PBS to air “A Charlie Brown Thanksgiving” and “A Charlie Brown Christmas.”

Those shows, along with “It’s the Great Pumpkin, Charlie Brown,” are the quintessential “Peanuts” specials. But Charles M. Schulz, together with the director Bill Melendez and the producer Lee Mendelson, churned out more than 50 others featuring Charlie Brown and the rest of the gang. 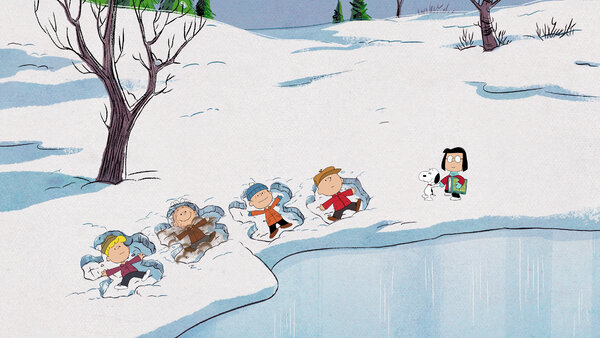 Taken as a whole, the “Peanuts” specials provide an extended tour of the civic religion of postwar life. Largely forgotten shows like “It’s Arbor Day, Charlie Brown,” from 1976 (Lucy plants a tree on Charlie Brown’s beloved baseball field), and “You’re in the Super Bowl, Charlie Brown,” from 1994 (Snoopy coaches a team of birds to the championship), are part of a larger tapestry in which “Peanuts” sought to gently explain and reflect American traditions.

Ahead of the premiere of “The Snoopy Show,” Boutilier, the executive story editor Alex Galatis and the showrunner Mark Evestaff, reflected on some of their favorite lesser-known “Peanuts” specials. (These do not stream on Apple TV+, at least not yet, but they’re available in various formats elsewhere.)

Emerging the year after “A Charlie Brown Christmas,” “All Stars” was a screwball contrast to its more thoughtful predecessor. “With the Christmas special, there was a concern, especially from the networks, that the pacing was too slow,” Boutilier said.

After countless losses on the baseball diamond (his team has scored six runs to his opponents’ 3,000), Charlie Brown is intent on finally winning a game and securing the endorsement of a local business that has promised the team snazzy uniforms. In the signature moment, Charlie Brown keeps up an unflagging interior monologue as he attempts to steal home and is ignominiously tagged out, a victim of his own crippling self-consciousness. As he lies on the ground between third and home, his teammates gather first to yell at him and then to cheer him up.

Galatis added: “He keeps kicking the football. He keeps thinking he’s going to win the baseball game. There’s always hope with him.”

In developing “The Snoopy Show,” Evestaff looked to “He’s Your Dog” as an inspiration for the beagle’s fanciful inner life. Snoopy is sent to obedience school but winds up marooned at Peppermint Patty’s house instead, where he is cajoled into an endless round of vacuuming and dishwashing to pay for his board. He spends his off-hours in Patty’s backyard, snapping his fingers for drinks as he imagines himself at a Paris cafe.

“We always joke that Snoopy is who we want to be, and Charlie Brown is who we are,” Galatis said. “We all want to have that sense of bravado and confidence.”

Charlie Brown comes to bring his dog home, and Snoopy refuses to leave if he must take the leash. Instead, he sneaks out that night, returning home wearing an absurd mustache that temporarily hoodwinks even his owner. “That reunion, where they hug,” Boutilier said. “I love it visually because they just drop out everything in the background,” leaving Snoopy and Charlie Brown clutching each other and dancing their happy dance against a backdrop of clouds.

Woodstock’s nest is stolen, and Snoopy transforms into Sherlock Holmes, donning a deerstalker hat, blowing bubbles out of his meerschaum pipe and dusting for fingerprints in an effort to locate the culprit.

Like “The Snoopy Show,” “It’s a Mystery” is grounded in the friendship between dog and bird. “Snoopy will defend and protect Woodstock,” Galatis said, “but at the same time, Snoopy gets involved in his own fantasies and sometimes will railroad over Woodstock.” The pipe bubbles, we notice, always burst over Woodstock’s head.

It is easy to think of “Peanuts” as timeless, which makes the echt-1980s markers of this special (Matching exercise gear! Synthesizers!) all the more notable. “Flashbeagle” is an extended homage to the 1983 dance film “Flashdance” and to dance films more generally, with Snoopy strutting down the street in a bright orange headband and matching leg warmers and showing off his moves on a light-up dance floor.

The dancer Marine Jahan, who served as Jennifer Beals’s double in “Flashdance,” provided the inspiration for Snoopy’s dance moves. “Flashbeagle” utilized the rotoscoping process, in which footage of Jahan’s dancing was painstakingly drawn over, frame by frame, “with Snoopy, who probably just goes up to the waist,” Evestaff said.

“Flashbeagle” is an accidental homage to over-the-top ’80s fashion, but like so many “Peanuts” specials, it also fleshes out a strain of the comics’ story lines — here, Snoopy’s tendency to express emotion through dance. “Snoopy’s signature happy dance is just so iconic now,” Evestaff said. “To evoke that much emotion with a few strokes of the pen — again, a testament to the artist.”

This was not a special but an eight-part CBS series about American history, with Charlie Brown and his friends visiting the Wright brothers in North Carolina, telling the story of the Pilgrims and documenting the story of American music.

It is striking that Charlie Brown and Linus can be transplanted to North Carolina in 1903 to meet Orville and Wilbur Wright (and for the brothers to fix Charlie’s bicycle) without stretching the bounds of credulity. Evestaff marvels at Schulz’s ability “to be able to take your characters and put them in these different situations and still have them feel authentic.”

The “Music and Heroes of America” episode is especially thorough and honest, educating an underage audience about the impact of slave spirituals on blues and ragtime, and about how the Vietnam War and the Kennedy assassination prompted the politically charged rock and soul of the 1960s.

Schulz “certainly didn’t shy away from current themes of the day,” said Evestaff, extolling Schulz’s commitment to social justice. “He had a great form, and he had these characters, and these characters were able to tell these stories.”