Last weekend, Cardi B and Megan Thee Stallion performed their record-breaking hit “WAP” at the 63rd annual Grammy Awards. Today, Melania Trump’s naked photos from her modeling days got more attention than they have in years. How are these two things connected? In the big picture, the Republican party and conservatives in general connect these two, many of whom objected to Cardi B’s performance on the basis that it was too graphic for what they would have preferred to be a family-friendly show (see: Fox News, all week long). But specifically, it was conservative commentator Candace Owens whose criticism of Cardi B caught the rapper’s attention, who countered with an example of nudity to which Owens had historically not objected: Melania Trump’s naked photos. 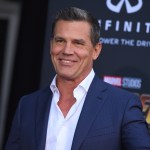 
26 Celebrities Who Have Posted Nude Photos (On Purpose)

Cardi B started responding to negative coverage of her performance on conservative platforms on March 16, writing: “Me when the Republicans and conservatives have Temper tantrums cause of WAP every month” alongside a dance video.

Owens and Cardi started writing back and forth to each other that same day, with Owens decrying the performance often in blatantly homophobic terms, tweeting: “At your best, you are self-deprecating and humorous. At your worst, you are naked, shoving your vagina into another woman’s vagina while thrusting atop her. You were at your worst on the Grammy stage.”

“If you think making your husband a sandwich is a sin, but popping your vagina into another woman’s vagina in front of the world is power — you are a lost soul,” she wrote later.

Since Owens had mentioned being offended by her nudity, Cardi shared another nude pic on her mind — one of Melania — and wrote this message promoting her new song (see original tweet here): “STREAM ‘UP’ ON ALL PLATFORMS..Candy DONT like it but Melania B approves.”

“What is your obsession with the Trump family? You are digging up modeling shots from our former First Lady from 3 decades ago,” Owens wrote in response. “She has evolved, you have not.

To be clear: We don’t think Cardi B is disgusting. And Cardi doesn’t “dig up” modeling photos because she thinks there’s anything wrong with them, but to remind Owens how very silent she was about photos that the commentator, per her current rhetoric, ought to find “disgusting” as well. According to Cardi B, it’s the sexual liberation in these songs that’s frightening to some, not the R-rated content. We have to admit we see her point.

Click here to see Melania’s quotes about Donald Trump, from their marriage to the presidential race.