The royal family feud is ugly and it’s not going to heal itself anytime soon, according to royal insiders. After Prince Harry made his trip overseas to honor his late grandfather, Prince Philip, amid the Oprah Winfrey interview fallout, it’s evident that the rift runs deeper than one television special. Sources are now telling US Weekly that Prince Charles is not only “freezing Harry out,” but “he’s actually already out.” 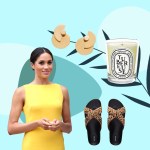 Some of this news shouldn’t come as a surprise to anyone following the palace sage, it’s been Charles’ mission to pare down the monarchy. The divide between a father and his son only makes it easier to make the cut and take away Harry’s “privilege of being a royal.” Neither side is willing to budge when it comes to making amends — they are both being stubborn.

“Charles is still fuming about Harry throwing shade at him and the royal family in the big interview and won’t let it drop,” the insider continued. “But to be honest, Harry didn’t go running back to Charles begging for forgiveness either. He still hasn’t forgiven his father for his lack of effort and support after he and Meghan decided to move.”

We can’t forget that the Duke of Sussex has always rebelled against his life as a royal, it wasn’t Meghan Markle, who pushed him to leave — she gave him the reason to leave. When you grow up in a family where life is predetermined for you, it’s hard for that institution to accept that you might want to do something different. That’s the stalemate Charles and Harry are in at this moment.

Things could get harder for Harry as the Prince of Wales starts to take more leadership duties while Queen Elizabeth continues to mourn the loss of her husband. “To put it bluntly, it’s unlikely that we’ll be seeing Harry and Charles making amends anytime soon,” the source summed up. But Harry did tell Winfrey that he would “continue to make it one of my priorities to heal” his relationship with his father — it just may be more difficult than he initially thought.

Click here to see the 100 best photos of the royal family from the past 20 years.