Recently, it came to light that Prince William’s alleged mistress, Rose Hanbury, runs an Instagram account for her palatial estate, Houghton Hall. And you know how things work these days — once the keyboard sharks of the world smell blood in the water, a feeding frenzy ensues. Accordingly, Hanbury is maliciously being trolled on social media by fans of Kate Middleton who feel incensed by Hanbury’s (totally unsubstantiated) rumored tryst with William.

In April, rumors began gaining traction that William had supposedly engaged in an extramarital affair with Hanbury, Marchioness of Cholmondeley. Sources claim this took place while Kate was pregnant with the royal couple’s third child, Prince Louis. In the wake of those allegations coming to light, though, it quickly became apparent that the trend would not be to vilify William. Rather, angry fans focused their anger over the scandal at Hanbury — with all of the intensity and precision of a laser beam.

But now they’re taking it a step further, mercilessly unleashing their ire on old photos from Houghton Hall’s Instagram feed that focus on Hanbury. In response to a photo from November 2017 showing Hanbury lounging on an ornate bed, commenters left strings of snake emoji, along with acerbic remarks like, “She can’t compare with Kate.” A portrait of Hanbury seated on the arm of a sofa garnered even more snake emoji. 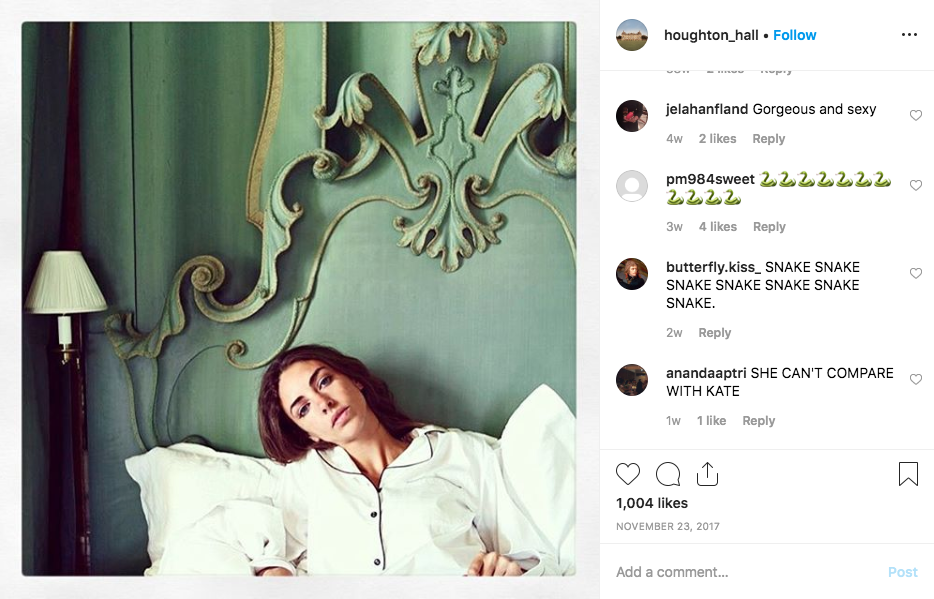 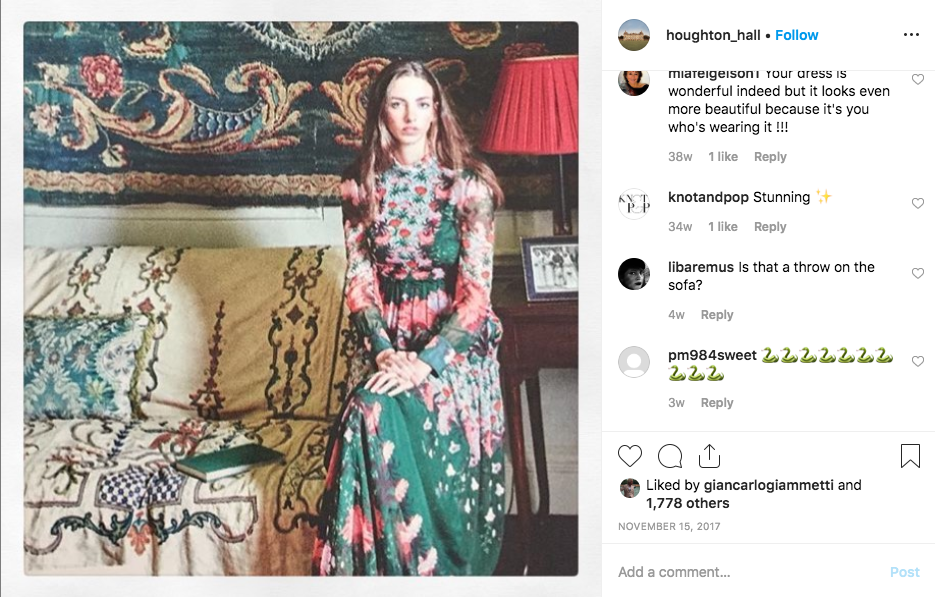 The haters seem to be sparing stunning lifestyle shots of Houghton Hall’s décor or endearing snapshot of Hanbury and husband David Rocksavage’s young children. But that shouldn’t be considered a nicety; it belongs under the common decency header. Know what else should be under that header? Not attacking a woman for rumors of an affair that have not been verified by any credible source.

Also, it’s overtly sexist and the worst kind of insidious woman-on-woman undercutting for Hanbury to be receiving the brunt of the blame for this alleged affair — and to be receiving that criticism largely from other women. We shouldn’t be slut-shaming each other at all, much less for something that quite possibly didn’t take place. Even if it did take place, though, Hanbury shouldn’t have to fall on the sword of public opinion.

Marriage is deeply private and inherently complex. People are messy. Things happen. And while we can’t be certain yet what happened here, we can be certain that adults trolling another adult with snake emoji and making unfair digs (particularly superficial ones attacking Hanbury’s physical appearance) is unquestionably bad behavior.