ONE in two of us will get cancer – it's a frightening stat.

I've already become that stat, and believe me I really didn't expect it. 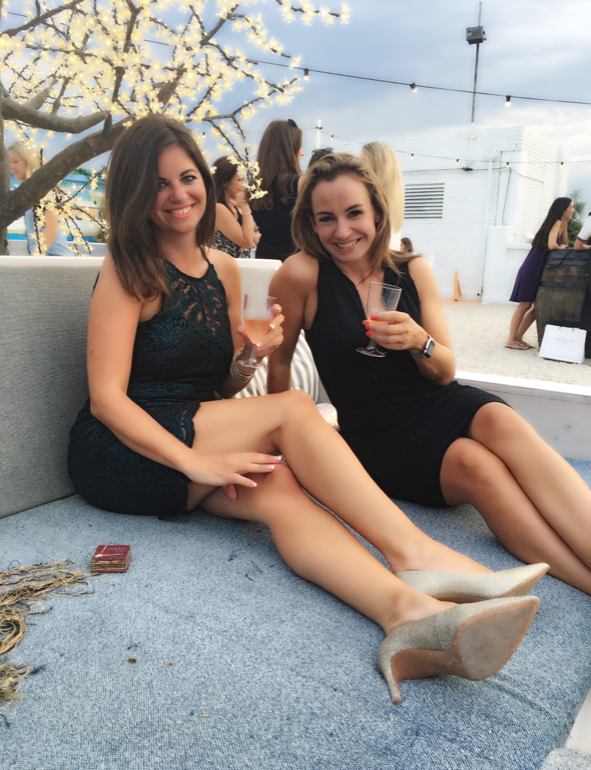 I was – am- a veggie, I run, I'm not obese and I live a fairly healthy lifestyle – bar the odd glass of wine.

So, what I'm getting at is, I'm not your typical bowel cancer patient.

Think bowel cancer, and chances are an overweight, middle-aged man will spring to mind.

And it's on the rise in young people, a new study revealed last week – and experts are blaming our lifestyles.

I get it, there's science to say that being obese and not exercising can increase your risk of this disease.

It's not my fault I got cancer 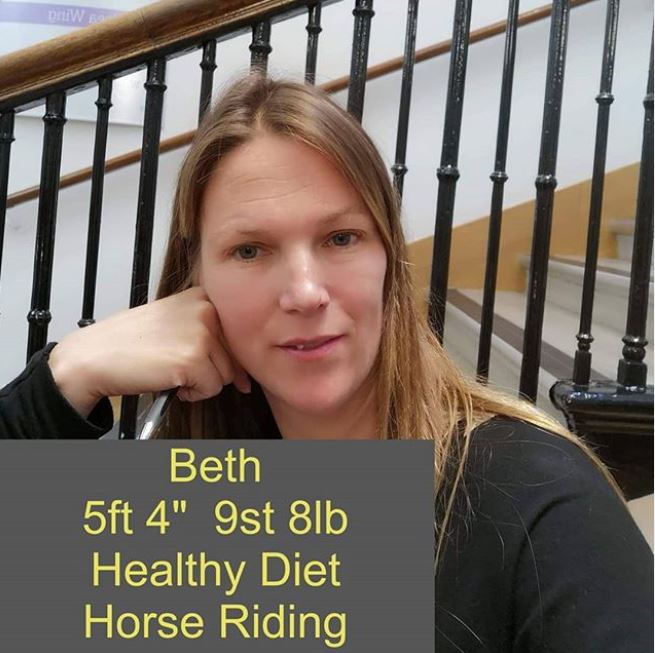 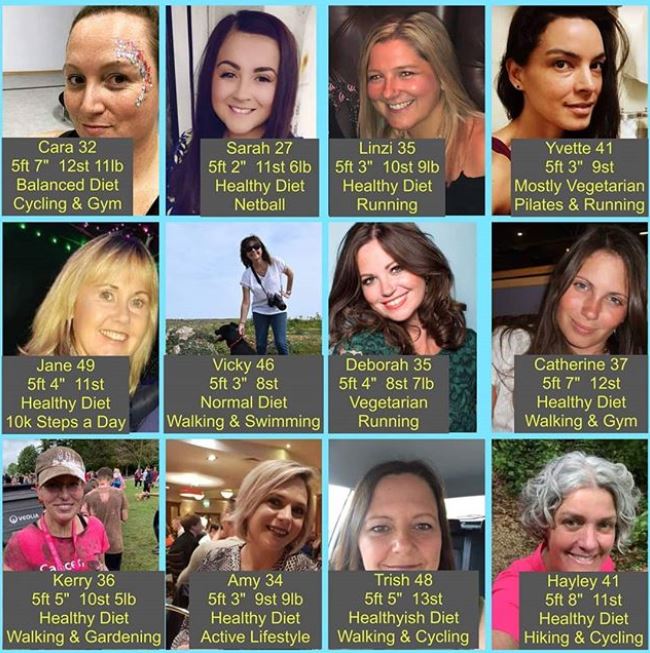 But, suggesting that young people are getting bowel cancer because they don't live healthy lifestyles makes it sound like it's our fault.

I know that's my interpretation of the headlines, but it turns out lots of my 'bowelie' mates feel the same.

The best thing my doctor ever said to me was just after I was diagnosed, and he said: "You did nothing wrong, this isn't your fault."

There doesn't seem to be any obvious reason for my cancer.

I was 35 when I was diagnosed. I weighed eight-and-a-half stone and I was a size 8. I wasn't obese or overweight and I ran, a lot. 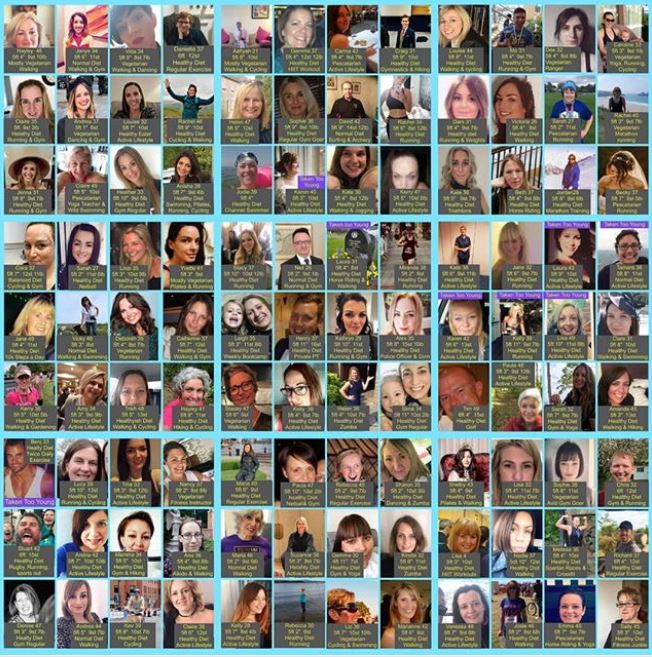 Age is no barrier to getting bowel cancer, says patient Beth

BETH Purvis was diagnosed with stage 4 bowel cancer at the age of 37 – after doctors told her she was "too young" to have cancer.

After spotting the latest research on the BBC, she put a call out on social media to highlight that healthy people get the disease – the second deadliest form of cancer in the UK – too.

She said: "I started it because I wanted to raise awareness that just as age is no barrier to getting bowel cancer neither is eating healthily and living an active lifestyle.

"I felt both the photo of young people eating pizza on the BBC report and the researchers speculating on the cause for the rise of young onset bowel cancer was irresponsible and could lead to young people with a good diet who exercise thinking they were immune to this disease.

"I wanted to empower patients who are told by their GP they are too healthy for bowel cancer to be able to push back and say actually I know of lots of people who were too healthy but got it anyway please can we find out the real cause of my symptoms.

"I included height and weight as well as diet and lifestyle on the collages to give an idea of BMI.

"I also think it is important to be clear that it is accepted that diet and lifestyle are a factor but that it is not the whole story, and I wanted to highlight that many of us do not fit that profile and we need to know more about why this is happening to younger people and we cannot just speculate on the cause without investigating it.

"I started this thinking if I could just get enough maybe 9 or so people I could put together a collage, I very quickly had 12 people respond on social media saying they would be happy to be involved in a campaign, so I put together the first collage.

"Once that first collage went out my inboxes went crazy with people asking to be added to a collage.

"Family members of those that have been taken too young got in touch asking "please include my daughter, wife etc".

"One husband even said it would be an honour for his wife to be included, I cannot believe how well this campaign has been received and how many people have been willing to share.

"In 6 days I have gathered enough photos and details from 108 people to put out 9 separate collages of 12 per collage.

"It is important to say I am aware the collages are mainly white women but that is not a reflection of who gets bowel cancer but more of those happy to share.

"Some cultures are less inclined to talk about this stuff and I think that goes for me too, however through putting these collages out I have had a few men come forward and a few from different cultures who want to try and help open up the conversation in their own communities by being included in a collage.

"I have been bowled over by the desire to help others from so many, and with so many being diagnosed too late at stages 3/4 like myself and many being incurable.

"It is incredible that their main desire is to raise awareness and help others despite what they themselves are going through."

Around ten per cent of bowel cancer cases are believed to be hereditary, and caused by Lynch syndrome. I don't have that either.

So, when I saw the headlines around this latest study – and the pictures used to depict it – I immediately started to feel like my cancer was my fault.

If it's not dodgy genetics it must be the crazy blow out night out I had a few weeks before, the odd cheeky cigarette, or maybe too much cheese?

No hang on, maybe I didn't eat enough turmeric?!

We are told – and rightly so, to an extent – that a large proportion of cancers are down to poor lifestyle choices, smoking being the biggest culprit.

And when it comes to bowel cancer, a lack of fibre, not enough exercise, too much red meat and not enough fruit and veg can be blamed for around half of cases. 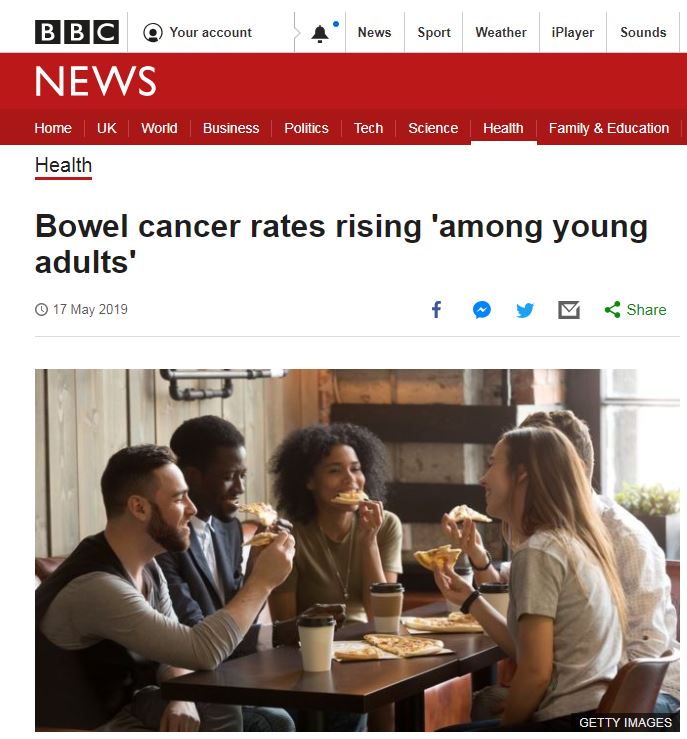 I couldn't help but get angry.

It's hard enough to learn to live with cancer but then to be made to feel as thought it's your fault is like sticking the knife in and twisting it. No one deserves cancer and I wouldn't wish it on my worst enemy.

And there's a more serious issue here too.

It worries me that by assuming that all skinny, athletic, healthy people are exempt from bowel cancer will just delay diagnosis.

We know this is happening, and it has to stop.

It happened to me. I looked too well to have cancer. I was young and lived a healthy life.

Since my diagnosis two-and-a-half years ago, I've realised I'm unusual but not alone.

You are never too young to be told you have bowel cancer, and so it's doubly important that we all educate ourselves so we know the signs and symptoms to watch out for.

I've met lots of other bowel cancer patients and we certainly don't fit the image portrayed of everyone sitting around eating pizza – as the BBC chose to depict the story last week.

One of my fellow "bowelies', Beth Purvis put out a call to action to highlight our feelings as a community.

She had an overwhelming response with 108 young, active, patients getting involved to highlight the point – it's not our fault.

I love what Beth has pulled together and it shows more needs to be done not only to support young people with this cancer, but to smash the poo taboo.

Check your poo like you check your boobs – make it part of your monthly health routine.

Just a quick glance could be the difference between catching bowel cancer early – when it can be cured – and a death sentence, like the one hanging over my head at the age of 37.

The moral of this story is simple.

You are never too young, too fit, too healthy to get bowel cancer.

Don't assume just because you're in a low-risk group that you are immune. None of us are.

Yes, it makes sense to live as healthy a life as possible. But, we can't cancer-proof our lives.

There are more than 100 of us here as proof.

So, if you are unlucky and become one of the stats too, chances are there was nothing you could have done to stop your cancer.

The only thing we can control is spotting it as early as possible, and if we can do that there's a high chance you'll live a long and happy life, cancer free.