When “The Witches,” starring Anne Hathaway as the Grand High Witch, was released last month, a collective groan went up from people with disabilities.

The movie, based on a Roald Dahl children’s book, depicted Hathaway with hands that were wizened and disfigured, with two fingers and a thumb on each. The studio said her hands were meant to resemble cat claws, but they looked a whole lot like split hands, or ectrodactyly.

People with limb differences, including paralympians and a “Great British Baking Show” semifinalist, posted photos of their hands and arms on social media with the hashtag #NotAWitch. While Hathaway and Warner Bros. apologized, many saw the damage as already done. Here, yet again, was a villain with a disability, one of the oldest, and, for many, most damaging, storytelling tropes still around.

“This isn’t about being overly sensitive, a ‘snowflake’ or being too politically correct,” Briony May Williams, the British baking competitor, wrote on Instagram. “This is about showcasing limb differences as ugly, scary, gross and evil.” 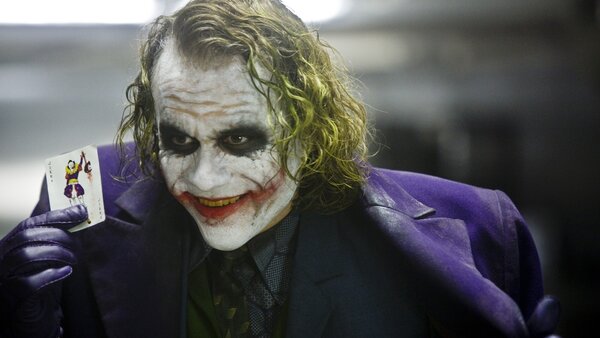 For as long as there have been stages and screens, disability and disfigurement have been used as visual shorthand for evildoing — a nod to the audience that a character was a baddie to be feared. But disability rights advocates say this amounts not just to lazy storytelling but stereotyping, further marginalizing an already stigmatized community that is rarely represented onscreen. That “The Witches” is a family film, they say, made it worse.

“Playgrounds are where kids are sometimes the cruelest, and kids absorb what they learn, be it through stories we tell or what they learn from their parents,” said Penny Loker, a Canadian visible difference advocate and writer. “They have carte balance to be cruel to people. I was called a monster, and I was called whatever the name of the monster was from the movie that was popular at that time.”

People with disabilities have had some success in challenging the stereotype. In 2018, spurred by a campaign for accurate portrayals of disabilities, the British Film Institute announced it would no longer fund films whose villains have scarred or disfigured faces.

Advocates are conscious of the criticism that the world has become too hypervigilant, and that the blowback against “The Witches” is another example of political correctness hammering away at artistic expression. Certainly what’s deemed acceptable has changed over time. There was scant criticism of Anjelica Huston’s ghoulish Grand High Witch in the 1990 film version, or for the 1980s character of Sloth, the monster in “The Goonies” (though, spoiler alert, he ended up being a good guy).

Yet even as stereotypical portrayals of other marginalized groups are increasingly recognized as problematic, the disfigured villain has proved harder to rout. In the forthcoming Bond film “No Time to Die,” Rami Malek and Christoph Waltz both play criminals who have facial disfigurements.

“Obviously, we don’t want a culture where everyone’s outraged about everything,” said Ashley Eakin, a writer and director who has Ollier disease and Maffucci syndrome, which affects the growth and formation of bones. “For so long, disability has been underrepresented, so if we only see disfigurement in a villain or character with no redeeming qualities, that’s an issue.”

“Disabled people either play villains or happy snowflake angel babies,” said Maysoon Zayid, a comedian, writer and actor who has cerebral palsy. “We’re either charitable, inspirational, never do naughty things in our life. Or we’re murdering babies because we lost an eye in a dart accident.”

In Zayid’s view, there are limited circumstances under which it’s OK for a villain to be disabled or disfigured. One is when a disabled actor is playing the character, she said, so long as the disfigurement is not what makes them evil. The other is when the evil person being portrayed is a person who has a disability in real life, and even then, Zayid maintains, only a disabled actor should be cast.

Using disability or disfigurement as shorthand for evil goes back centuries in Western culture, said Angela Smith, director of disability studies at the University of Utah. In both lore and real life, physical differences have been read as warnings of danger, symbols of evil, or evidence of sinning or witchcraft. The eugenics movement tapped into this, measuring deviations from assumed norms, Smith said, and the presupposition that disability is something negative in need of fixing continues to inform modern medicine.

It’s also a long standing trope in fairy tales and fantasy and horror stories. Monsters are given characteristics — the way they talk, behave, look or move — that are meant to seem threatening or grotesque, Smith noted. This carries onscreen, where physical differences are often revealed dramatically as visual shorthand for evilness or immorality: think of Freddy Krueger’s brutally burned face in the “Nightmare on Elm Street” films. All of which, Smith said, subtly shapes perceptions about an already marginalized community, whether “The Witches” intended to or not.

“Popular films like this send very clear messages: that disabled bodies are wrong or evil, that they don’t belong in ‘normal’ society or public view, that it is ‘natural’ to be disgusted by difference,” Smith wrote in an email.

Warner Bros. has pleaded ignorance, saying it worked with the film’s artists to create a fresh interpretation of what Dahl described as “thin curvy claws, like a cat,” never intending for viewers to feel represented by the “fantastical, nonhuman creatures” onscreen. Hathaway, in her apology, said she had not associated her character’s hands with limb differences, and if she had, the depiction wouldn’t have happened at all.

Disability rights advocates said the whole matter could have been avoided if more disabled people were in the entertainment industry, be it in front of the camera or behind the scenes. “If there were writers, directors or other crew members with disabilities, they, might have seen it and said ‘Huh, maybe this is an issue,’” said Lauren Appelbaum, vice president of communications for RespectAbility, a nonprofit organization fighting the stigmatization of people with disabilities.

There is more leeway, and less potential to offend, when villains are clearly fantastical creatures, unreal figments of imagination, like the Shadow Monster in “Stranger Things.”

Still, the question for many remains why clearly human or human-esque villains need to have visual signifiers connoting evil at all. Many of the scariest horror film characters have been able-bodied. Like Samara, the unstoppable long-tressed dead girl in “The Ring,” or Jack Nicholson’s possessed writer in “The Shining.” Or — shudder — Javier Bardem in “No Country for Old Men,” with his creepy, pasty pallor and Dorothy Hamill bob. But even such depictions tread a fine line, threatening to lapse into the timeworn indictment of mental illness, à la Norman Bates in “Psycho.”

“Monstrosity is something in all of us,” Smith said, “not something out there in a bodily form different than our own.”