If you thought This Is Us would go easy on us in season four, think again. During a “For Your Consideration event” in Los Angeles on Thursday night, series creator Dan Fogelman teased the This Is Us season 4 premiere and boy, it’s a doozy. Fogelman didn’t reveal too many specifics, but what he was able to share already has us theorizing about where the Pearson family story can go next.

The This Is Us “For Your Consideration” event was meant to be both a celebration of This Is Us season three, as well as let the cast, showrunners and Fogelman go more in-depth about season four’s production process and what’s in store for the show. With This Is Us renewed through season six and a whole lot of Pearson family story left to tell, the topic of what’s coming on the show was broached during the event. Fogelman took the lead, telling the audience, “We’re really excited. It’s been our first couple weeks back in the writers’ room and I’ve already written the first episode of the season over break, and [co-showrunners] Isaac [Aptaker] and Elizabeth [Berger] are writing the second one right now.” 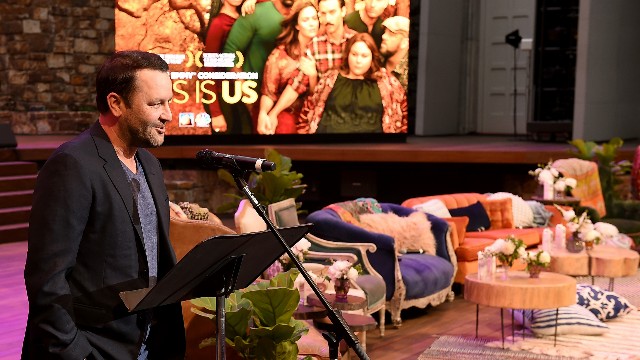 Fogelman continued, “It’s a really ambitious season. We’re in the middle of these characters’ journeys and that’s a really exciting place to be. I can’t tell [you] much about the storyline, but I think the first episode… people will be talking about it. It’s different and unusual.”

Confirmation that production on season four is already underway is exciting, but Fogelman’s comments totally have us intrigued. The season three finale left us with some huge questions thanks to that flash-forward into the future showing Rebecca in a coma; Kevin suddenly the dad of a pre-teen; Beth and Randall’s marriage going strong despite present-day drama about their career goals affecting their relationship; and Kate and Toby maybe possibly being separated but happy parents to their son, Jack, who is very much alive. The future of the Pearson family is just as dramatic as the present-day situations each family member finds themselves in; where could Fogelman steer the show from here? 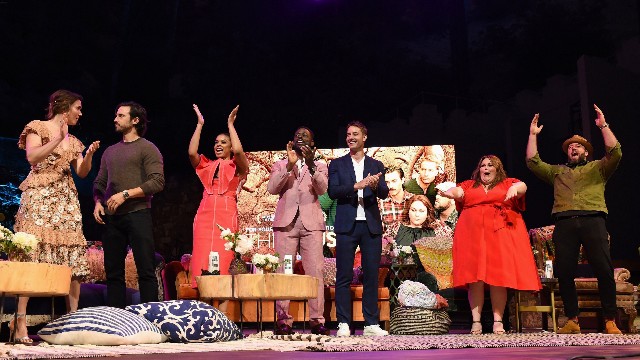 Fogelman’s mention that the season four premiere will be “different and unusual” is certainly worth making note of. This Is Us jumping around through time as a way of playing with audience expectations has become fairly standard at this point. It’s unclear what kind of narrative device Fogelman and the show’s writers could deploy to keep viewers on their toes, but the words “different” and “unusual” really have us wondering. Could Kate actually start seeing her father again as she parents her son? Kate’s connected with her memory-version of Jack in the past, but maybe This Is Us will steer us in a more surreal direction as Kate tries to become the parent her dad was? Or maybe Fogelman and the writers are finding a completely different way to play with perspective and timelines in the show to really upend expectations?

Your guess is as good as ours, but no matter what, buckle up because This Is Us season four is going to be epic.