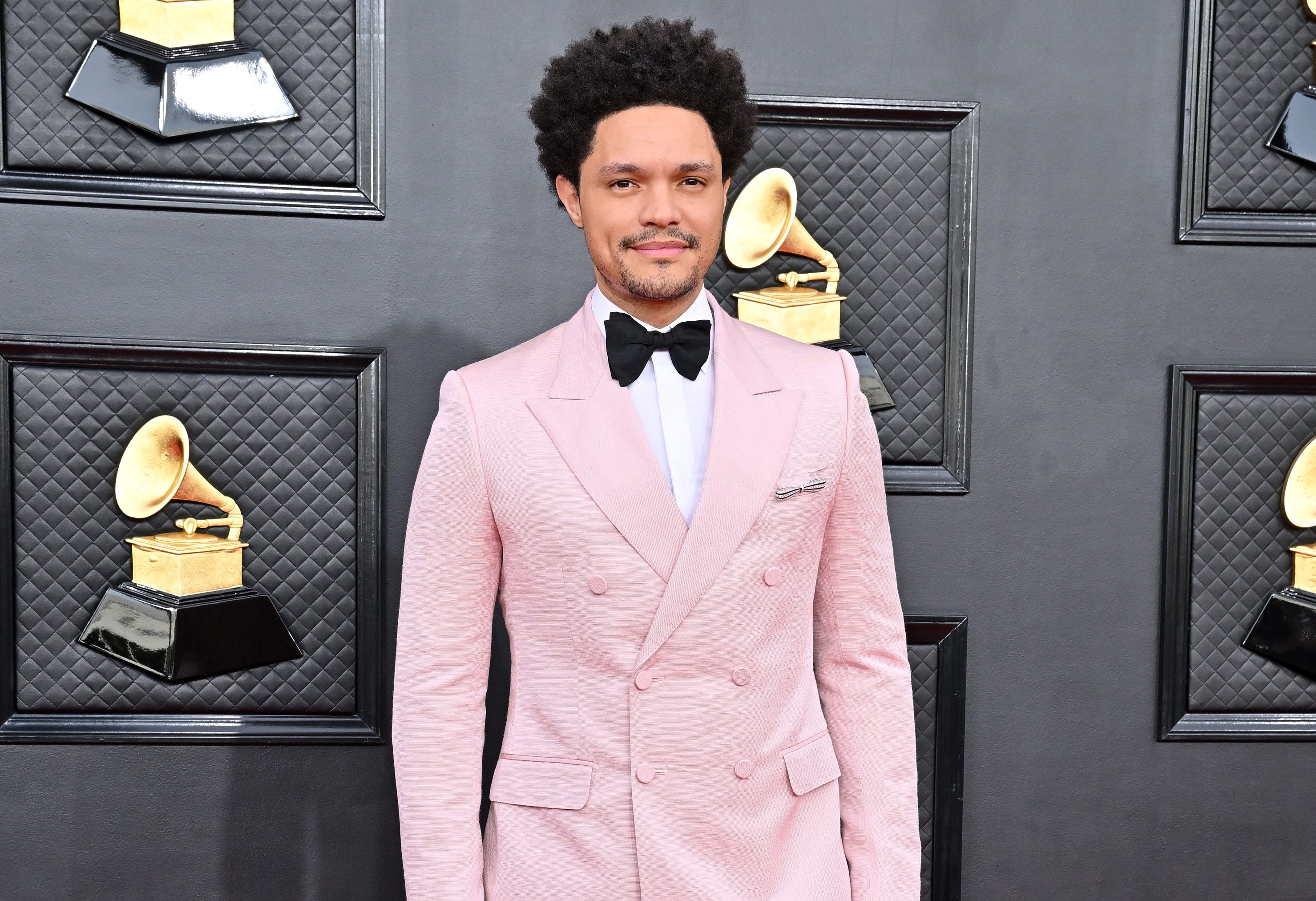 Trevor Noah is set to host the Grammys 2023, taking the helm for the third time.

The ceremony is taking place on February 5, at the Crypto.com Arena – with Kendrick Lamar, Beyonce and Adele in the mix for the biggest awards on the night.

Shortly after his final episode of The Daily Show aired, the 38-year-old was confirmed to be presenting the proceedings.

‘I don’t think it’s normal to host it once, so I don’t have a great frame of reference for this,’ he told Billboard of the honor.

‘It is thrilling. For me, it’s a cheat code because I’m a fan of almost all the people who are there.’

Despite being the third time he will be stepping up – tied with LL Cool J for most Grammys hosting gigs – this will mark the first time he will be in LA for the bash, having previously presented in New York and Las Vegas.

‘I am 1,000% a fan, and what I love about the Grammys is that I become a fan of a new artist every single time,’ he continued, adding that he will be ‘off the cuff’.

‘I come in and then I meet this new artist, and all of a sudden, here I am going, “Who are the Black Pumas?’ It introduces you to music that you maybe wouldn’t have been [exposed to].”’

The news comes after Trevor walked away from the Daily Show, after seven years on our screens.

His last episode aired last week and ended with an emotional final sign-off, in which he thanked his viewers – even those who hate-watched.

‘I am grateful to you, every single one of you,’ he said. ‘I remember, when we started the show, we couldn’t get enough people to fill in the audience.

‘And then, when I look at this now I don’t take it for granted, every seat that has ever been filled to watch something that I’m doing I always appreciate because I know the empty seat that sits behind it.

‘Everyone who has had an opinion, people who have been kind enough and gracious enough…even if it’s a critique, it doesn’t even have to be praise.

‘Even the people who hate-watch – we still got the ratings, so thank you, I’m eternally grateful to you.

‘This has been an honor. Thank you.’