On a sunny spring morning in a hotel near Central Park, the writer Joe Hill settled into an overstuffed chair before an 18th-century-style fireplace, received tea and sandwiches — rectangular, crusts removed — and stroked his graying beard. He was there to talk about a vile old man with rotten teeth who feasts on the souls of young children.

The contrast was one he seemed to relish, with self-awareness.

“The tea I’m drinking is called Mystical Creatures, which is a little bit on the nose for today’s themes,” he said. “But we’ll roll with it.”

Those themes, in no particular order, included: vampirism; feminism; supernaturalism; sadism; his father, the best-selling novelist Stephen King; and his own best-selling novel “NOS4A2,” which has been developed into a TV series that debuts Sunday on AMC. An update to the classic vampire tale (the title is a play on “Nosferatu”), the series follows a supernaturally gifted young heroine from a broken New England home and her battles against the villain Charlie Manx, who carries children off in a demonic Rolls-Royce to a terrifying place called Christmasland. 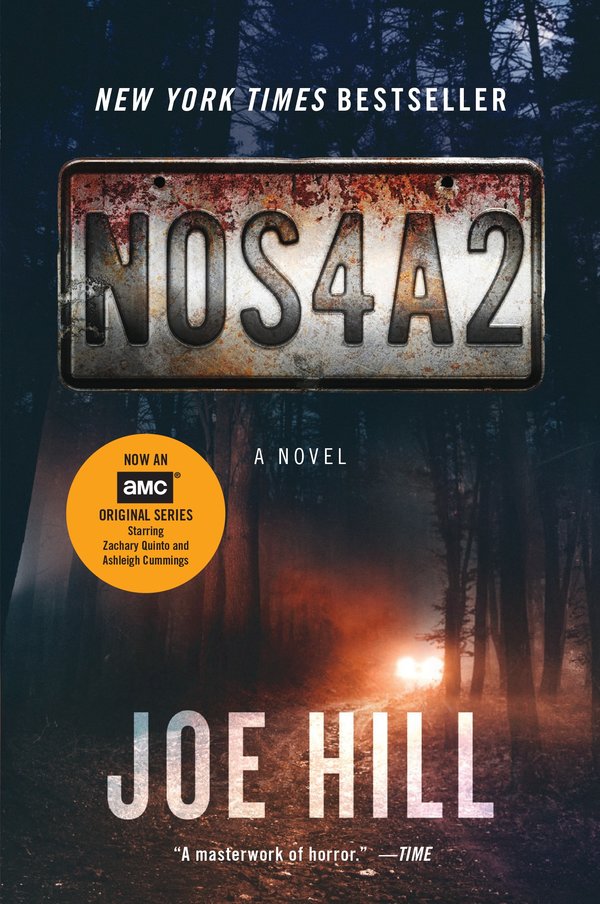 “NOS4A2” is both the first of Hill’s stories to make it to the small screen and one of several TV projects he now has in the works, a dramatic reversal of fortune after multiple stalled attempts. Misfires included a reboot of George A. Romero’s horror series “Tales From the Darkside,” which never made it past the pilot stage after Hill wrote several scripts, and two adaptations of “Locke & Key,” a comic Hill did with the artist Gabriel Rodríguez. Separate pilots were produced for each — first for Fox, then for Hulu — but both were dropped.

Then suddenly, abundance: In addition to “NOS4A2,” “Locke & Key” was finally picked up for a Netflix series, which is expected to debut by early next year. A Netflix film based on “In the Tall Grass,” a short story Hill wrote with his father, is expected this fall.

And in a development that completes a personal circle for Hill, the streaming service Shudder is in postproduction on an adaptation of his 2014 short story “By the Silver Water of Lake Champlain” for its anthology series “Creepshow,” a reboot of the 1982 movie written by King — which also starred Hill as a little boy.

Networks and streaming services were now “vacuuming up books and comic books and short stories,” he argued, which presented new opportunities for writers who worked with “suspense and high concepts.”

“We’ll see how long it lasts,” he added. “Probably until the environmental apocalypse finishes us all off.” 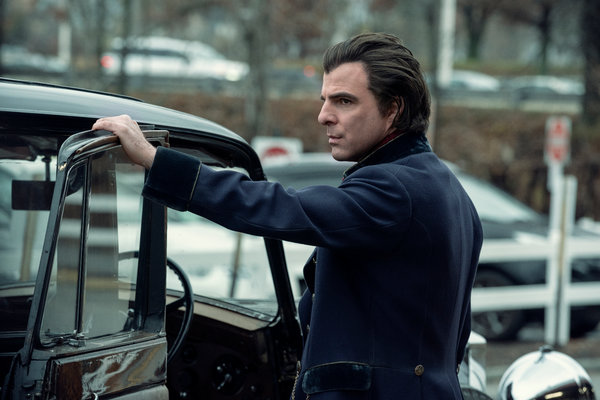 “NOS4A2” traveled a comparatively straightforward path to TV. Published in 2013, the novel was an immediate best seller; by 2015, it had found its way to AMC, which has made horror a core part of its programming. “The Walking Dead” remains one of TV’s most popular shows, and a spinoff, “Fear the Walking Dead,” begins its fifth season Sunday as the lead-in for “NOS4A2.” This summer AMC will present a second season of its well-received anthology series “The Terror,” which brings supernatural horror to historical settings.

Screen adaptations of sprawling stories are, of course, a tradition in Hill’s family. Dozens of his father’s stories have been adapted, many into classics, like “Carrie,” “The Dead Zone” and “The Shawshank Redemption.” Others, like “Maximum Overdrive” and “The Lawnmower Man” … weren’t so classic. (AMC is also developing a pilot script based on “Sleeping Beauties,” a novel written by Stephen and Owen King, Hill’s brother.)

Hill said his father had offered some good advice about the vicissitudes of having one’s work adapted, a process over which the writer often has little control once the rights are sold.

“He’d say, ‘If someone takes one of my novels and makes a brilliant movie, it doesn’t make my novel one word better,’” Hill said. The important thing, King told him, was to “be working on the next book.”

As valuable as it was to have the world’s most famous living horror writer for a father, Hill was determined to succeed on his own merits. “I knew by the time I was 12 that I really wanted to make stuff up for a living,” he said. Still, he “was deeply insecure” about being taken seriously.

“I needed to feel like when I got published, I got published for the right reasons,” he said. Hence the pseudonym, which Hill adopted in college — a shortening of his full name, Joseph Hillstrom King.

(That’s not to say there is no family loyalty: Of Stanley Kubrick’s revered adaptation of “The Shining,” which King hated, Hill said, “It has an iconic performance by Jack Nicholson, which makes it easy to ignore how lousy the rest of the picture is.”)

After early attempts to separate himself even further — writing what he called “New Yorker-type stories about divorce and difficult children and middle-age ennui” — he soon realized that the stories “had no inner life.” Once he embraced the uncanny storytelling he had always loved, success soon followed, including several best-selling novels. (His identity was officially outed by Variety in 2006.)

“NOS4A2,” Hill’s third novel, was an obvious fit for television, said David Madden, the president of programing for AMC’s entertainment networks. Madden believed that recent years had seen a deepening interest in what he called “immersive horror,” with its longer arcs and detailed character building.

“I don’t think you could have compressed it into an hour and 45 minutes and done it any version of justice,” Madden said. (Hill’s second novel, “Horns,” was made into a movie, released in 2014 to middling reviews.)

Still, the world of “NOS4A2” required some compression, even though the 10 hourlong episodes of Season 1 cover only one-third of the novel. The protagonist Vic McQueen is 8 when the novel begins; in the series, she’s a high school senior with a dirt bike. And much of Manx’s back story was drawn from Hill’s spinoff graphic novel, “Wraith,” named for the model of Manx’s 1938 Rolls-Royce.

“You really begin to understand what a horrific upbringing Charlie had as a child — how abandoned, how neglected, how abused he was,” said Zachary Quinto, who took the role partly because he was drawn to its moral complexity. “It really gave me a lot to understand that, no, I don’t think he is pure evil. I just think he’s someone who seriously lost his way.”

Jami O’Brien, the series’s showrunner and head writer, said that Hill had been very hands-off with the adaptation, letting her do what she needed to bring the story into a different medium. But the two swapped insights.

“We did have lots of conversations about tone, about voice,” she said. “I remember the first conversation I had with him he said to me, ‘There’s nothing scarier than a candy cane in July.’ And I held onto that throughout as a way to think about the scary parts of the show.”

They agreed that the female perspective of the young protagonists should drive the production: The writers’ room was deliberately staffed with mostly women. Kari Skogland, who directed several episodes of “The Handmaid’s Tale,” was hired to direct the first two for “NOS4A2,” an attempt to “set our tone out of the gate,” O’Brien said.

Compressing the story also let O’Brien confine Vic’s portrayal to a single actress. Ashleigh Cummings (“Miss Fisher’s Murder Mysteries”), who plays Vic, said she had been drawn to the character in part because she relied on powers other than the traditionally masculine ones valued in most superheroines. It was important, she said, to “broaden the scope of the term ‘strength’ to include qualities that have been typically attributed as female.”

“She does have the courage and bravery that you see in superheroine females, but her strongest muscle is actually her heart,” Cummings said. “And her superpowers are her creativity, her intuition, her empathy, her vulnerability.”

It seemed important to Hill that his brand of horror should convey that depth of character, beyond the blood and guts. (Though the story has plenty of that, too.) Television was great for that, he noted, because a viewer could really fall in love with the characters over many weeks and months, and thus come to root for them.

“I think some people think horror is about sadism; it’s about flinging intestines at the camera,” he said. “And some is. And I like some of that stuff. But I do think the really effective horror is about empathy.”