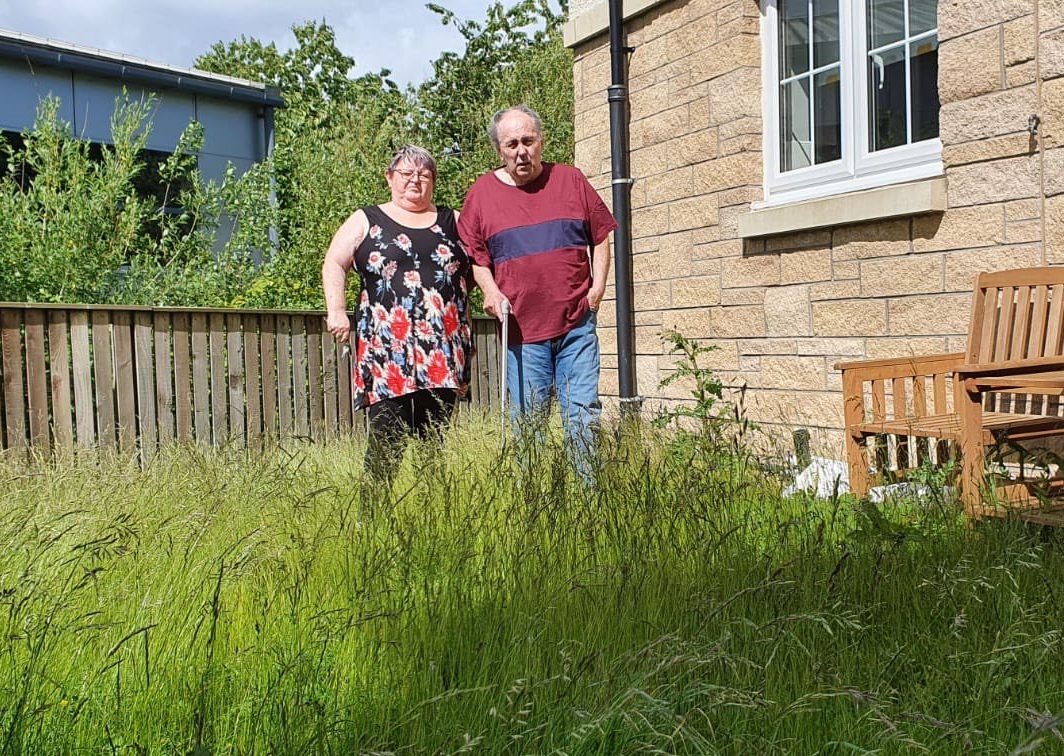 A woman has hit out at her housing association because nobody has been to trim her garden all year.

Angela and Raymond Robinson say they’ve not been able to enjoy their garden because of the jungle that has sprung up around them in South Queensferry, Edinburgh.

Nettles have grown to the height of their windowsill and Angela fears that if her granddaughter laid down she would not be able to see her.

She said: ‘I think the last cut was around September/October last year, which is normal, but then it should have been cut again around February/March time.

‘Nobody has been at all this year, I’ve phoned and I’ve phoned. It’s a beautiful estate we stay in, our flats are for social renting and the rest of the estate is absolutely immaculate.

‘We stick out like a sore thumb and it’s embarrassing. When you drive or walk up, it looks like you’re coming into a slum.’

Angela, 53, said that she has bought a table and chairs, and a washing line, but still her and Raymond, 66, have not been able to venture outside.

‘I’m not alone, the rest of the tenants in the block feel the same. I’ve contacted the Link Housing numerous times since April and still nothing has been done about it. They’ve assured me each time that someone is on the way.

‘When I look out, I feel down and depressed looking at it so I can just imagine what the rest of our neighbours are thinking looking at it. I’ve said to them numerous times, we’re paying for a service that we’re not getting.’

They pay £10 a month on top of their rent to Link Housing in order to maintain communal areas including the garden.