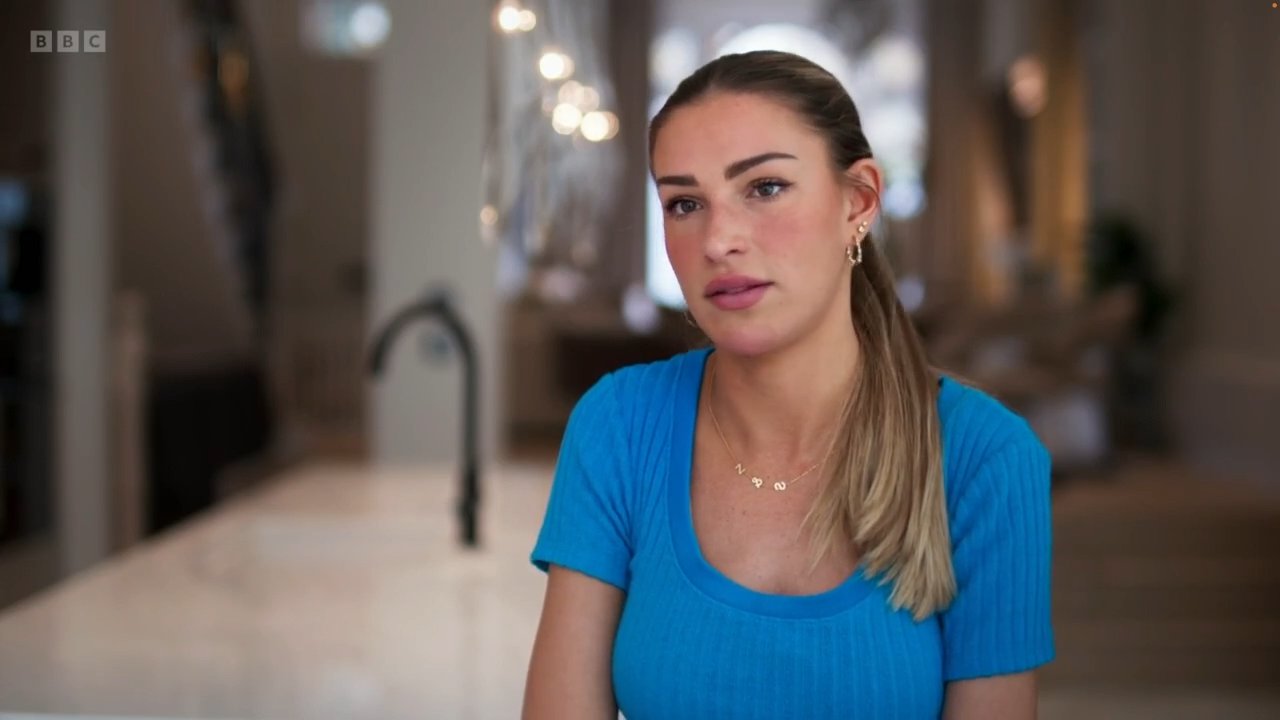 Zara McDermott had to make an emergency trip to A&E after suffering ‘excruciating’ pain in her abdomen.

The former Love Island contestant, 25, was rushed to hospital by boyfriend and Made In Chelsea star Sam Thompson on Friday night.

The influencer shared a snap of herself in a hospital bed hooked up to machines on her Instagram Stories on Saturday and said she had endured an ‘eventful night.’

She explained: ‘Sam had to rush me to A&E because I had excruciating pain in my abdomen – had a feeling it was a burst cyst on my ovary because I’ve had it before on my other side and it felt similar.

‘I just want to say the A&E team were just incredible. I was seen so quickly and had all tests and scans done within two hours of being there.”

‘They wanted to keep me in overnight but after all the pain relief I felt a lot better so I had a few hours in bed before heading back this morning for another few scans.’

Zara continued that NHS staff wanted to ensure she hadn’t suffered a ‘twisted ovary’ as she had been ‘presenting all the symptoms’, but revealed it was ‘likely a burst cyst.’

‘Which if you have had it before is excruciating,’ she added.

According to the NHS, an ovarian cyst is a fluid-filled sac that develops on an ovary. They are very common and usually only causes symptoms if they rupture.

The government body recommends that if you have sudden, severe pelvic pain to immediately contact a GP, call 111 or go to A&E.

In an update on social media an hour later, Zara thanked her followers for their support and well-meaning messages.

She said: ‘They found blood in my abdomen which indicates it’s a burst cyst for sure and nothing else; the good thing is that my ovary looks fine and isn’t twisted.

‘So lucky to have such an amazing NHS – they were brilliant and I’m going to have a relaxing weekend now.’

Zara has recently vowed to change her social media content after acknowledging it may ‘trigger’ fans with eating disorders.

She told BBC Breakfsat viewers: ‘We know that social media doesn’t cause eating disorders but it can play a large factor in the development so essentially posts of mine and many other influencers over the years could have triggered someone’s eating disorder at some point.’

Asked how she was going to ‘do things differently’ Zara responded: ‘Essentially for me I’ve learnt not to allow someone to emulate your exact lifestyle, exactly what you’re eating in a day, what exercise you’re doing in the gym do because you may not believe it but people do what emulate exactly your lifestyle.

‘So not posting things like what I eat in a day, not strict workout regimes that people could copy.