THE daughter of a hero who was murdered in a cocaine-fuelled attack has revealed her horror after watching the moment her dad was killed on CCTV.

April, 19, from Manchester, saw Michael Long jailed for life last month, for stabbing her dad Keith Harris to death in a corner shop. 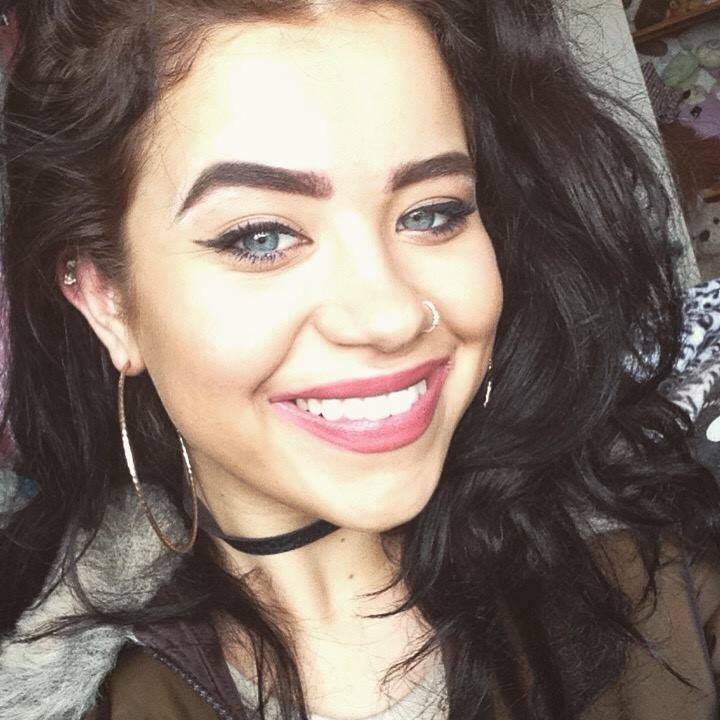 Dad-of-one Keith, 43, had stopped to buy two Yazoo milkshakes before his first day in a new job as a painter-decorator when he was killed at 7.30am.

He was knifed in the chest after rushing to help his friend Terrence Moore, who Long, 36, had been trying to rob in the Premier shop in Radcliffe, Bury.

Speaking exclusively to Fabulous Digital, April said: “My dad had a huge heart and he was kind and caring. It does not surprise me at all that he stepped in to save some else’s life.

“I saw the CCTV in court and I had to watch my father die. It was horrific, so brutal and so evil. He had only popped into the shop to buy himself a milkshake – and that decision ended his life. 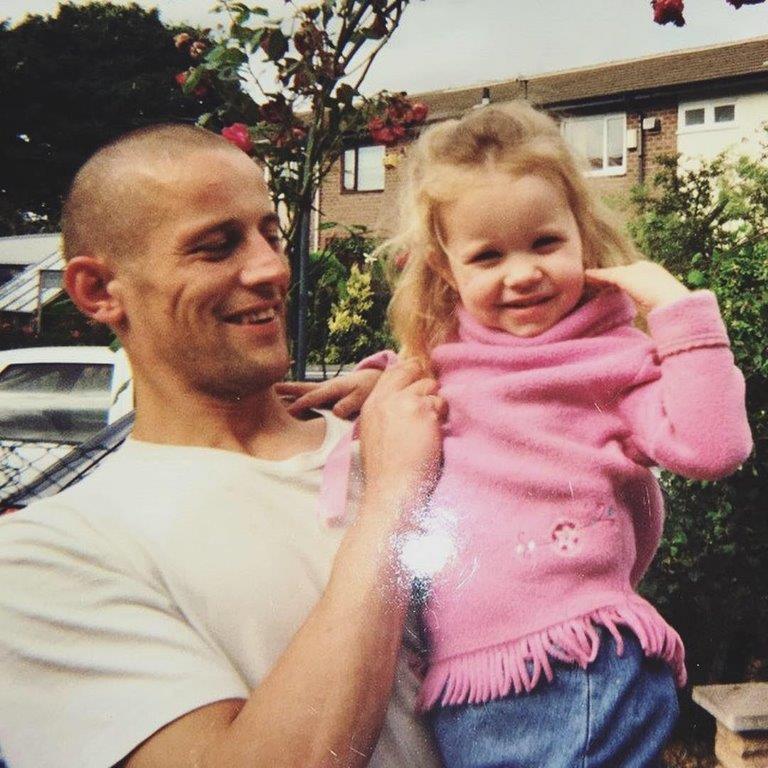 “He was standing in the shop queue, with two bottles of milkshake in his hand, when Long launched his attack.

“My dad just threw himself on him and dragged him away, still holding his milkshake.

“Long stabbed him and I watched my dad stagger round the shop, bleeding heavily, knowing he was dying.

“He must have been so scared and it tears me apart to think of how he suffered. But it is some comfort to me that his last act was one of selfless bravery. He will be remembered as a true hero.”

Vile thug Long shouted "die" as he lashed out at Keith three times, with the fatal wound hitting his chest.

Keith's involvement was labelled a "selfless act of bravery" by a judge, as Long was locked away for a minimum of 25 years at Manchester Crown Court on June 19.

Long told police he had no recollection of the events that day, because he had drunk at least 12 cans of strong lager and taken two or three grams of coke. 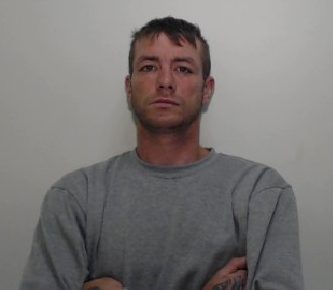 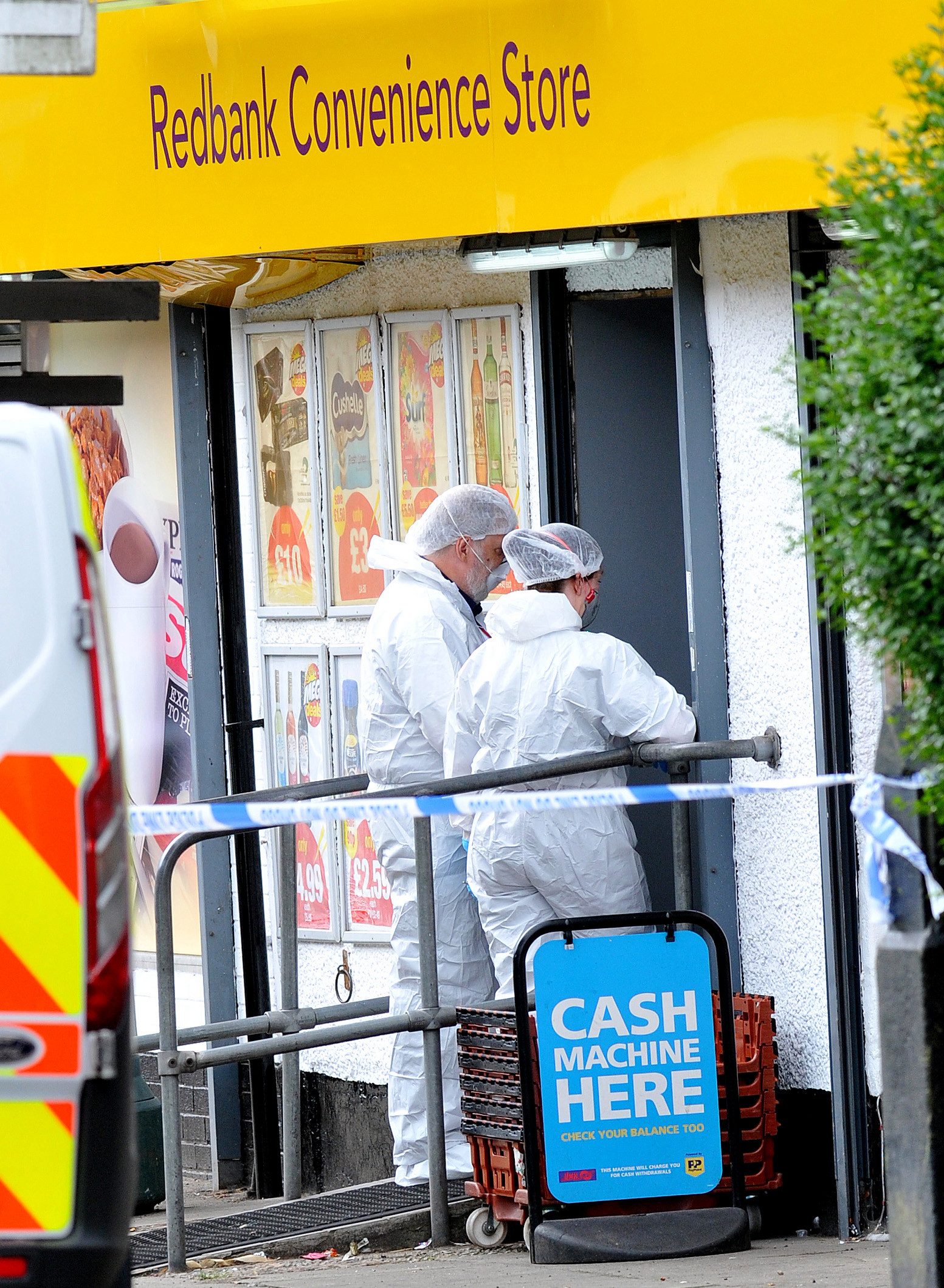 Backing The Sun's End Of The Line campaign, April said: “The man who killed my dad was off his head on cocaine and it must have been a factor.

“The attack was so senseless and totally unprovoked. To use violence like that against an innocent stranger is sickening.

“I am not in any way an aggressive person but I felt so much anger towards my dad’s killer. He sat in the dock and smirked and he showed no remorse at all.”

April's parents split when she was one, but she remained close to her dad. She said: “Dad would take me to the park after school and we’d play football.

“I was his only child and he adored me. He was very family-orientated. We went on holiday every summer to Wales with my grandparents – his parents – and he would spend hours on the beach with me. 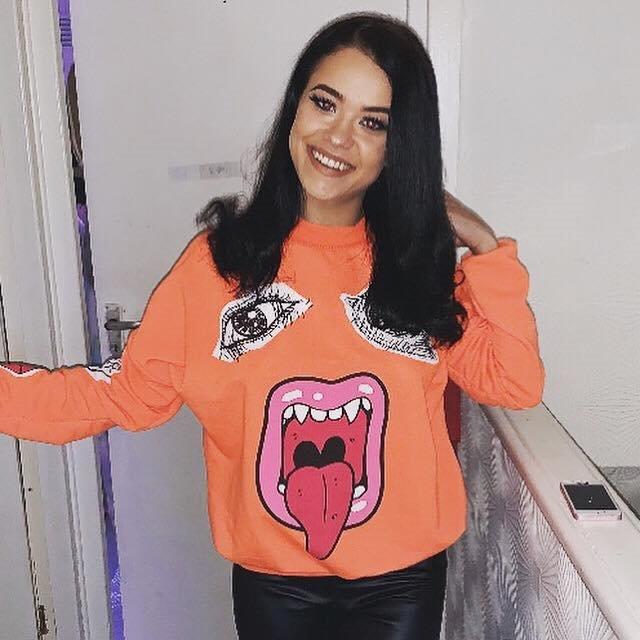 “There were times when he moved away but he kept in touch over the phone and sent cards and presents. I saw my grandparents every weekend too.

“The day my dad died was their 54th wedding anniversary.”

In 2018, Keith moved back to Whitefield, Manchester, to help care for his dying brother.

April said: “That was typical of my dad, if someone needed help, he was there. He was always doing the garden or painting the house for someone. He liked to keep busy.”

The attack was so senseless and totally unprovoked. To use violence like that against an innocent stranger is sickening

Keith had been out of work for sometime but was about to start a new job as a painter-decorator when he was killed on August 15 last year.

Long, a stranger, became angry when he was refused a cigarette by Terry and Keith.

Keith went into the shop to buy his milkshakes and Long followed Terry, who was walking behind him, before trying to rob him at knife-point.

As Keith queued at the till, Long lunged at Terry with a knife and the pair tumbled out of the entrance, with a struggle ensuing on the floor. 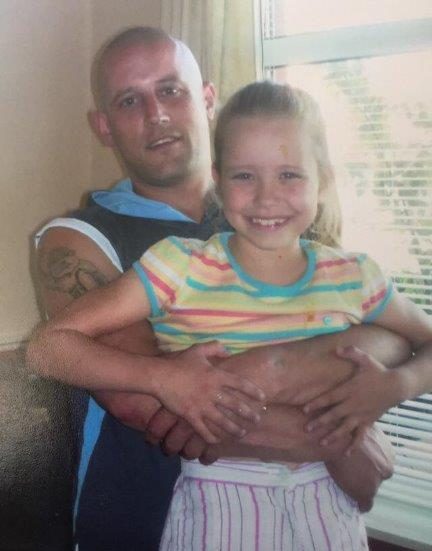 When Keith intervened to save him, with his shopping still in his hands, Long stabbed him to death.

Following her dad's death, April has been left struggling with anxiety and has been unable to return to work as a carer and part-time server in a takeaway.

She said: “I feel dreadful for my grandparents – they will never recover from this. Our entire family has been ripped to shreds – and for what? The killing was completely senseless.”

It is some comfort to me that his last act was one of selfless bravery. He will be remembered as a true hero

After stabbing Keith, Long changed his clothes and fled in a car – which crash into several vehicles.

A female driver suffered a fractured sternum after Long smashed into her car on the driver's side.

Later at the police station, a drink drive test revealed he had 117 micrograms of alcohol per 100 millilitres of breath in his system, the legal limit being 35 micrograms. 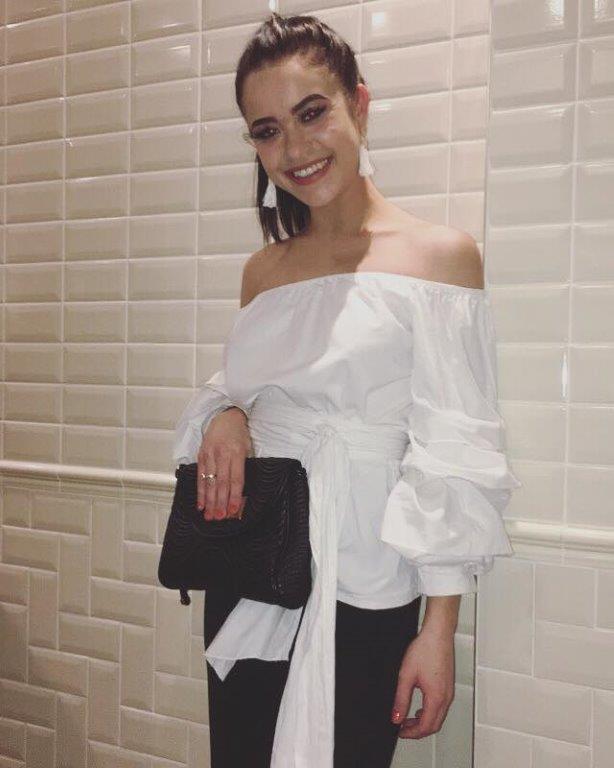 “Without a moment's thought for his own safety, he instinctively and courageously came to the rescue. This was without any doubt a selfless act of bravery on his part.”

But, as he was being sent down to begin his life sentence, Long gave the thumbs up to his supporters in the public gallery.

MOST READ IN REAL LIFE 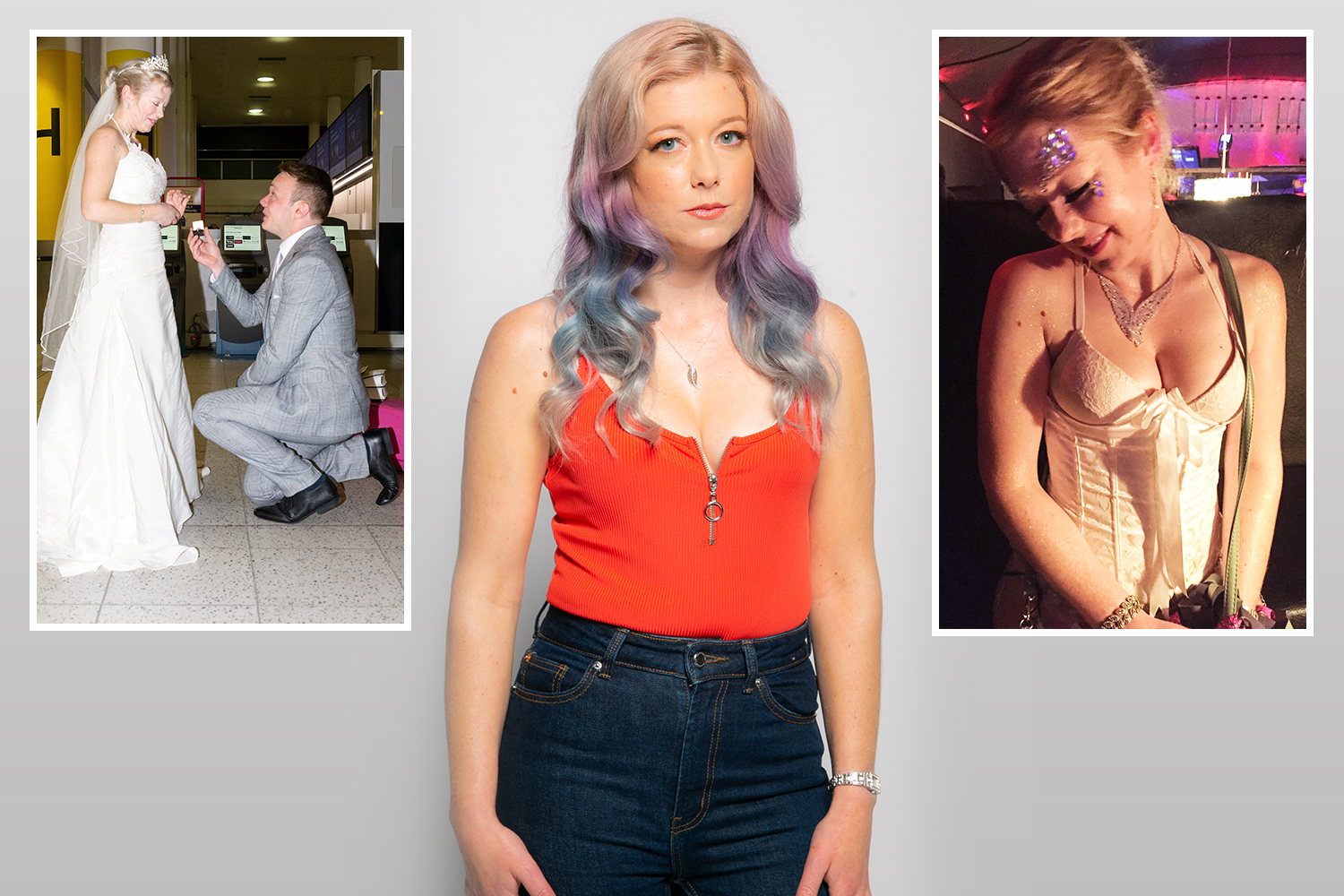 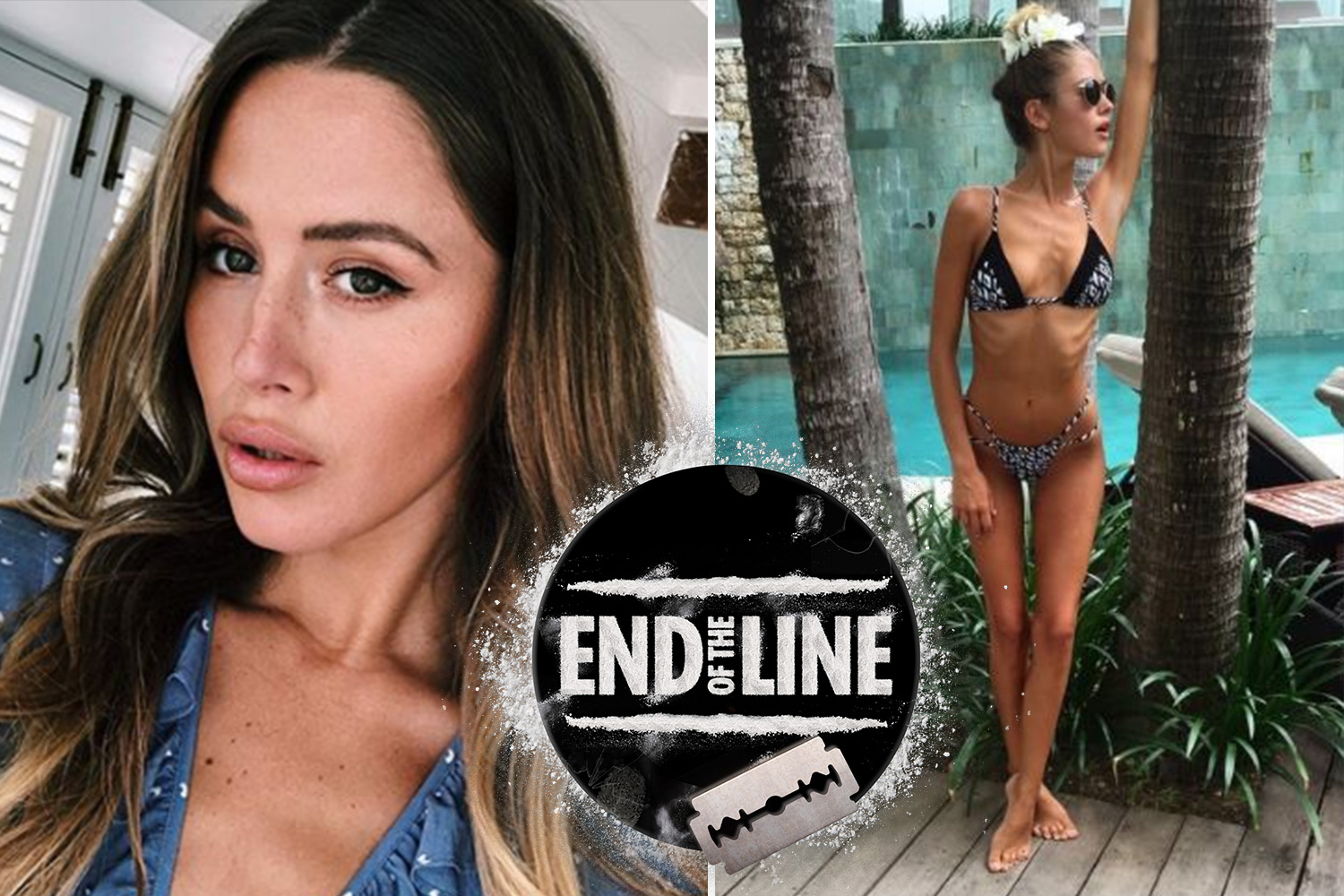 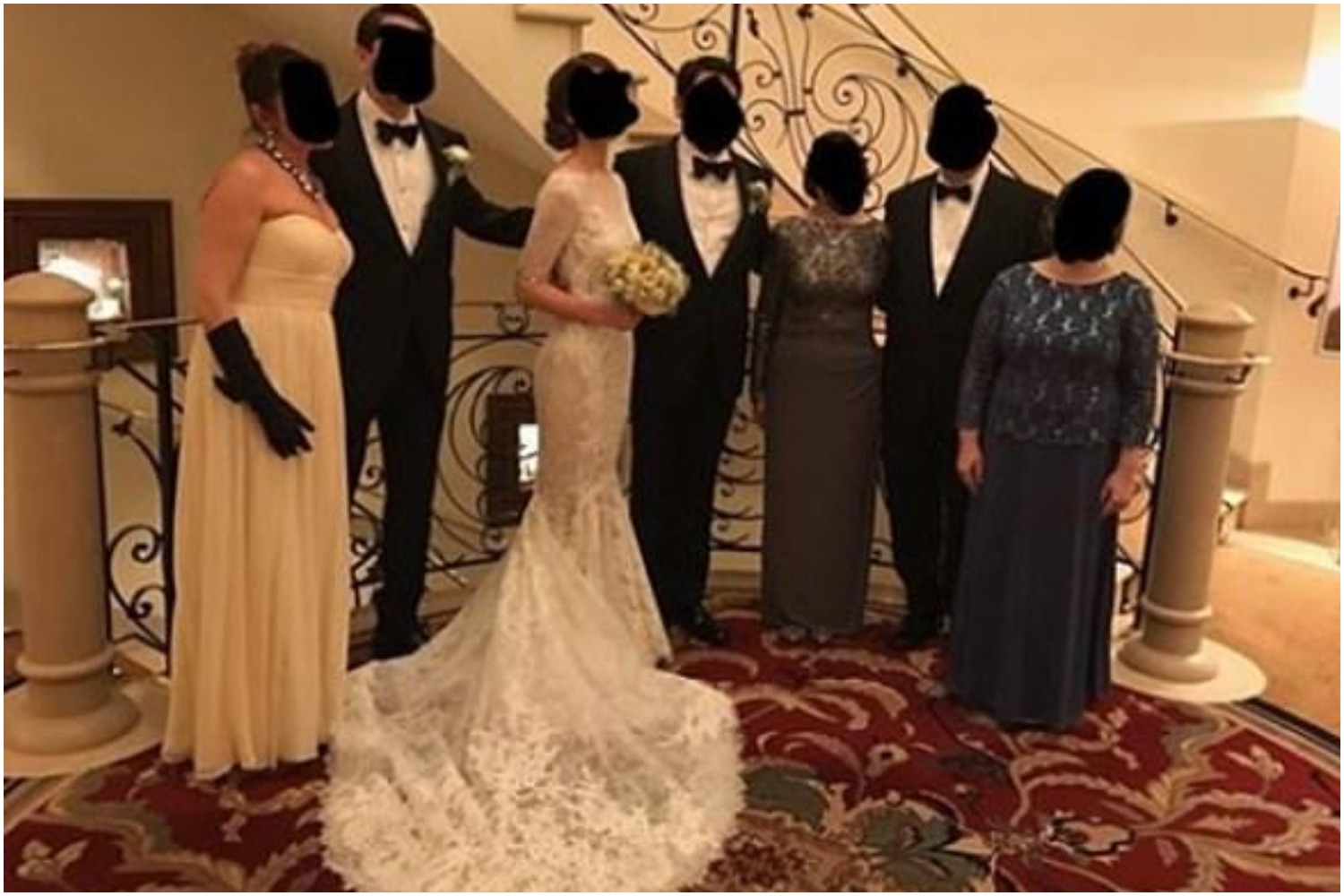 Long was found guilty of murder, attempted wounding with intent, and pleaded guilty to causing serious injury by dangerous driving and possessing cocaine.

He will serve the minimum term of 25 years before the Parole Board consider whether it is safe to release him.

Earlier this week, we brought you the story of a woman whose monster husband beat her unconscious and left her disabled – while their son slept in the next room.