Now Lives: In a 1930s Spanish-style duplex in the Laurel Canyon section of Los Angeles with his wife and baby daughter.

Claim to Fame: Mr. Garber is a former top model who, during the late aughts and early 2010s, appeared in Details magazine and on the runways of Patrik Ervell and Band of Outsiders. His post-catwalk career involves helping found a creative agency and a candle company. “I always knew that modeling wasn’t forever,” he said. “So I was always trying to get an internship or trying to get a job.”

Big Break: Mr. Garber was discovered at 15 while skateboarding near Fairfax High School in Los Angeles, after heckling a green sports car that he found flashy and obnoxious. When the driver circled back, Mr. Garber expected trouble but instead received a business card from a scout at LA Models.

“He said to have my mom call him, and I was like, ‘Yeah, dude, whatever,’” Mr. Garber said. A self-described punk, he was arrested by mall security later that day for skating, and he used the card as a way to defuse the situation with his mother, who ended up calling the number. “And I’ve been modeling half my life,” Mr. Garber said.

Latest Project: Last year, Mr. Garber and his friend Lucky Tennyson started a creative studio, Dbfiftythree, which conceives and directs photo and video shoots for clients including Levi’s and Corridor, a men’s wear brand. “I’m not scared of 18-hour days,” he said. “It’s a weird time to have a creative agency, but it’s also not a weird time. It’s a really fun time to be a young creative.” 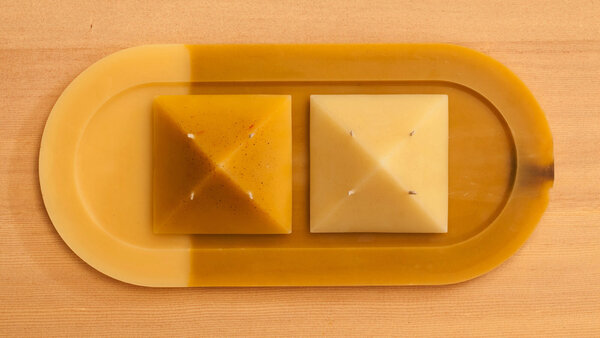 Next Thing: Mr. Garber also started Hands, an artisanal candle company, with his friends Danielle Gaito and Giffen Clark Ott, after they gave him some hand-poured candles for his birthday. They sell three geometric candles made from filtered beeswax including the Pyramid ($55), and are collaborating with Puppets and Puppets, an arty New York fashion brand, on four candles modeled after a deck of cards. Other housewares are on the way. “We’re becoming a weird lifestyle brand,” Mr. Garber said.