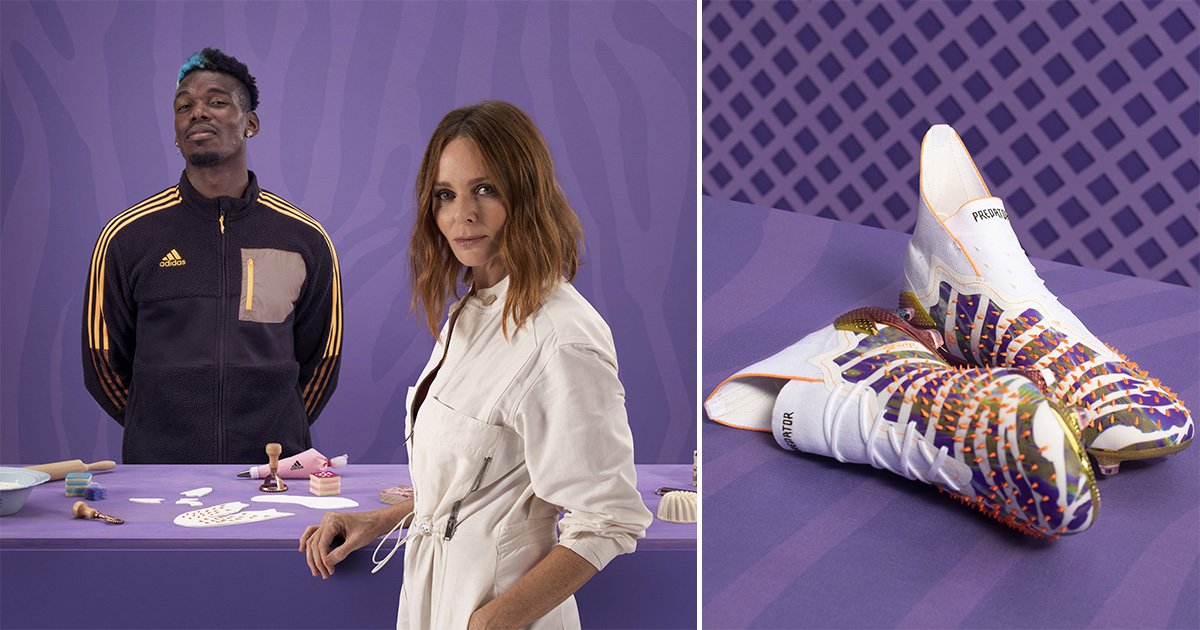 Vegan boots have been all the rage with trendy and eco-conscious consumers for a while – but now the football industry is catching up.

Called the Predator Freak boots, they’re made from 100% vegan materials and have part-recycled materials.

Earlier this year, the designer debuted a small line of clothing using vegan mushroom leather, making her intentions to go greener with her products known.

Manchester United and France midfielder Paul played a key role in the design of the shoes.

He was keen to get involved in the joint project started after he and Stella discussed their mutual love for fashion on The Huddle podcast during lockdown last year.

Paul, 28, said: ‘I am a footballer first and foremost, but I have a huge interest in fashion and design and I’ve always wanted to explore this further.

‘This collaboration has been particularly special for me because I’ve been a fan of Stella McCartney’s work for a long time, so when we came together for The Huddle last year and had this idea, it felt like the perfect opportunity to create something.’

He plans on wearing them on the pitch to play games.

Stella added: ‘Since the start of my collaboration with Adidas, we’ve continued to push the boundaries in high-fashion and performance wear so it’s incredibly exciting to be expanding into the world of football with the superstar athlete Paul Pogba.’

The Predator Freak model is available to buy on Adidas’ website now and in selected stores from November 1.