A BLOKE has stunned people after revealing a secret staircase to his cellar – hidden inside a kitchen cupboard.

The homeowner, from The Netherlands, shared a clip to Twitter, showing off his smart kitchen. 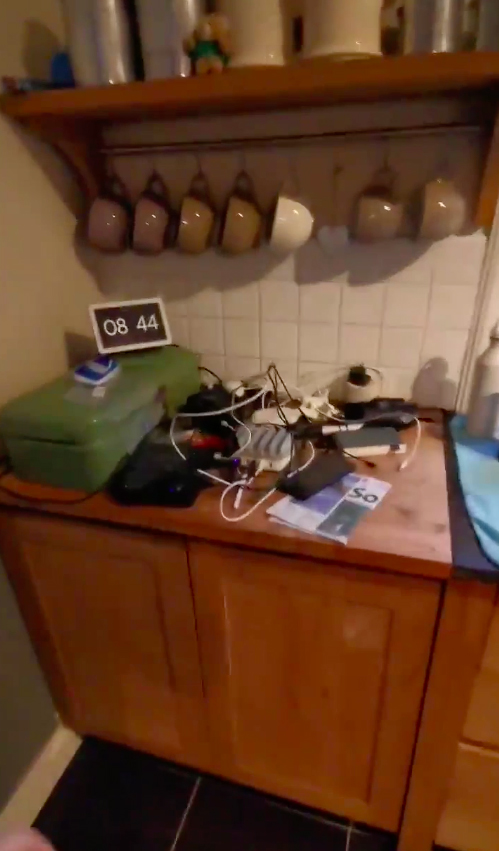 He films the ‘small’ room, showing off a Range cooker, butler sink and tonnes of pots and pans.

The bloke pans over to an innocent-looking cupboard, which is covered in clutter with a row of mugs hanging above it.

But he then opens it – to reveal a set of ‘steep stairs’ going down into a dark basement.

Sharing the clip online, he wrote: “Here's the entrance to my cellar.” 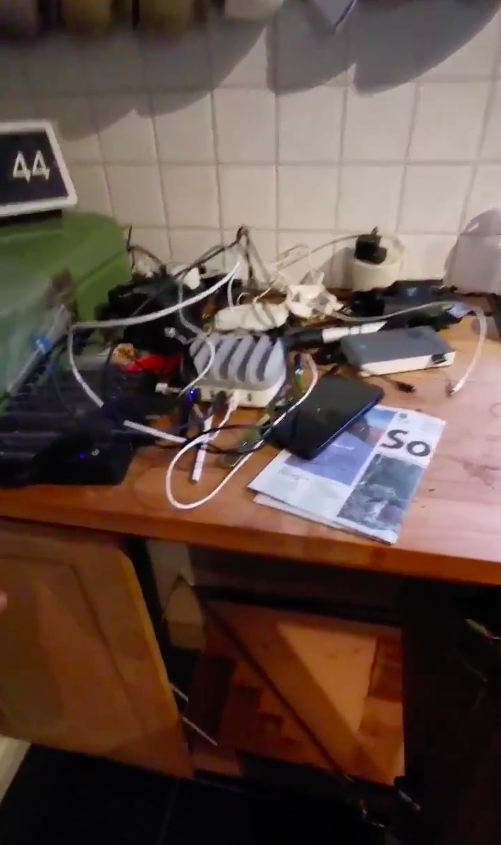 The cabinet itself can lift up, he added, saying: “Obviously the shelf can be removed easily.”

The bloke explained the reasoning behind the barmy design, explaining there was once just a hatch in the floor.

He said: “Originally there was a hatch to the cellar in the middle of the kitchen. I didn't like that and now we have the optimal moving space.” 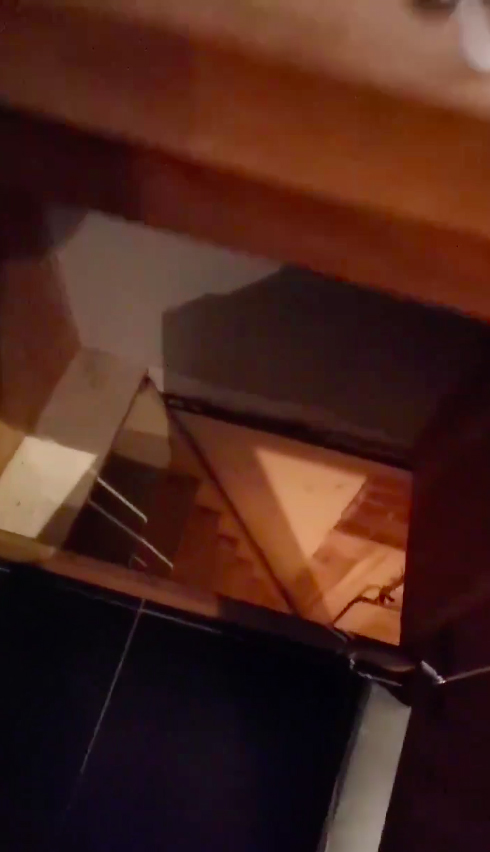 He confirmed the room, which is 2.5 x 3 meters, has ventilation, and he’s debating putting a giant telly down there.

Describing what’s lurking below, he said: “Just a bunch of old computers, pipes, and rubbish… And spiders.

“Unfortunately the cellar is a bit too low to stand in, otherwise it would make an excellent exercise room.

“I am still contemplating how to get a 80" screen down there. The XBox would fit……

“Unfortunately too small for a pool table. 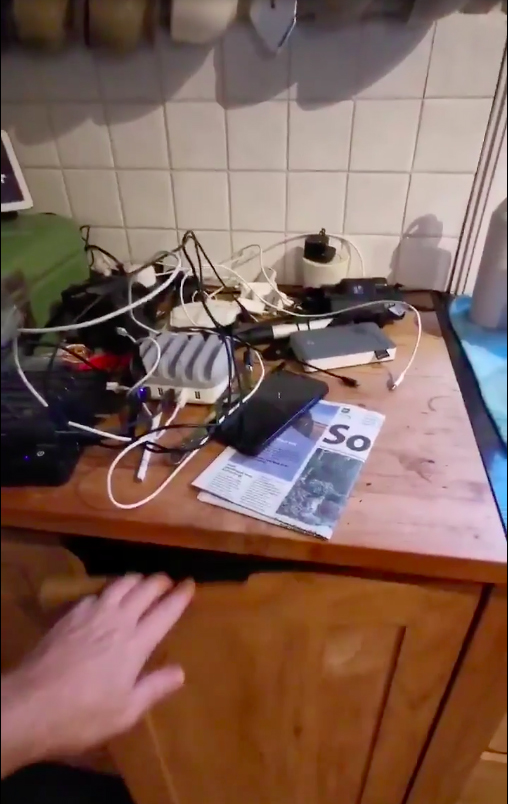 “Whenever we have a new visitor, we play the compulsory find-the-entrance-game.

“And, it makes a good place for playing hide and seek.”

His post has racked up nearly 500,00 views, as some people branded his cellar a ‘torture dungeon’.

Commenting online, one person said: “Who even builds a kitchen on the back passage to the back door and then integrates it into the counter?”

Another wrote: “Cellar or ‘torture dungeon’?” 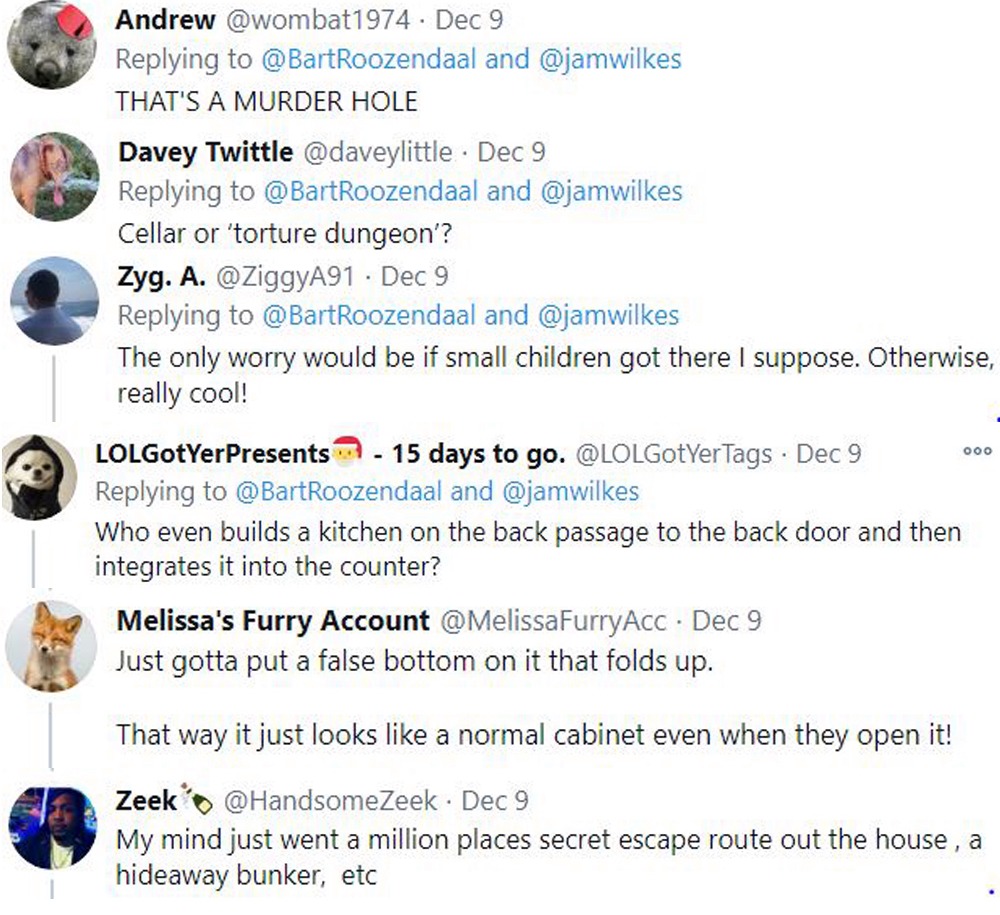 Someone else asked: “Is this seriously a thing? Cupboard staircases?”

Another wrote: “My mind just went a million places secret escape route out the house, a hideaway bunker, etc.”

Someone else suggested: “Just gotta put a false bottom on it that folds up.”

While this person added: “That way it just looks like a normal cabinet even when they open it!”

Meanwhile this lad was stunned after discovering a ‘secret escape route’ hidden in a kitchen cupboard during flat viewing.

Plus this couple find secret room hidden under the stairs – and it’s filled with antique treasure bottles of wine.

And this woman was stunned to find a secret room in her house behind a wardrobe – three years after moving in.