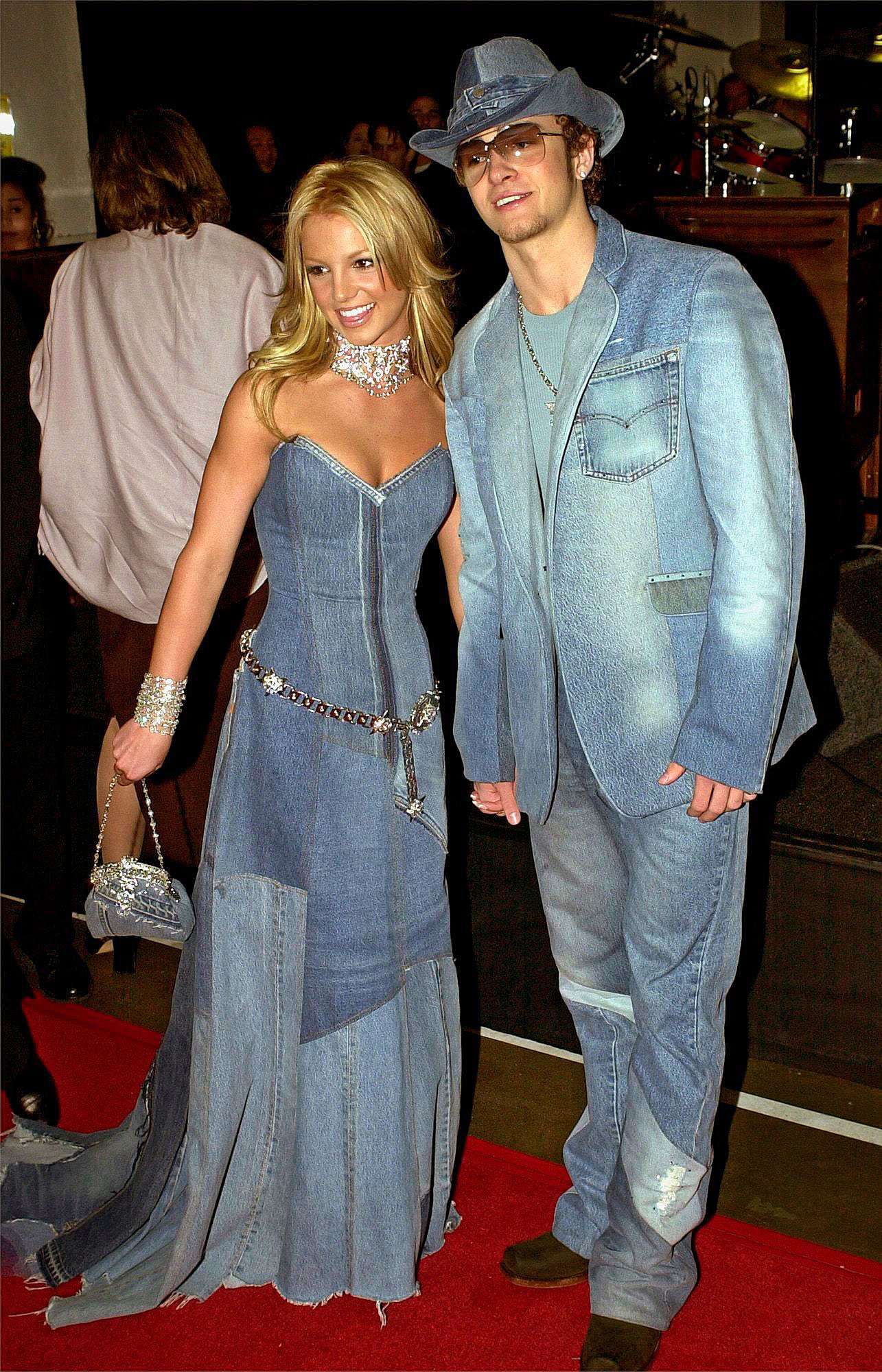 Iconic! Britney Spears is bringing back the denim-on-denim look she and Justin Timberlake wore to the 2001 American Music Awards. Well, sort of.

On Thursday, August 6, the 38-year-old pop star shared a snap of the Stauffer Family twins rocking a recreation of the epic awards show look and it’s too cute to handle. “I guess my denim was a hit years ago 🤷‍♀️🤷‍♀️🦄🦄😂😂😂 !!!” she wrote in the accompanying caption.

In the pic, the now Instagram famous 5 year old’s look adorable in their little copycat outfits, with Emma in an on-point mini version of the two-tone strapless dress. However, Mila’s is a little different than Timberlake’s full-on suit. Instead, she wears a blue T-shirt tucked into a pair of jeans with an open denim button-up to top it off.

The Britney-and-Justin Canadian tuxedo twinning remains epic. As soon as the couple arrived at the 28th annual AMAs, the coordinated outfits forever cemented themselves as one of the most talked about fashion moments in award show history. Now with a new generation recreating it two decades later, it seems like the moment will never be forgotten. Then again, Timberlake has said before that the denim-on-denim look may have a come back.

When asked what he learned since his days in ‘NSync during an appearance on Australian talk show, The Project, back in 2016, he replied, “If you wear denim-on-denim, it will get documented. You know what, I don’t think I could even bring that back.” However, he then added, “I’m going to go out on a limb and say if it’s worn properly, denim-on-denim could be [brought back].”

Spears also shared via Instagram on Thursday that she decided to treat herself to an at-home spa day. “It feels like I haven’t been to a spa in years so I decided to create one at my house,” she wrote in a caption accompanying a video of herself posing in front of the camera. “I bought an electrical mat that vibrates your body, neck, back, and legs …. it’s so cool !!!! Then I got honey, two of my favorite lotions, coconut oil, and baby oil …. then I wrapped myself in aluminum foil and saran wrap 🙈 !!!!”

After about an hour, she said her skin was “smoother than a baby’s a–.”