WHILE it might not be the most appealing job in the world, picking up your pooch's poo while out on a walk is just common courtesy.

But some people need a reminder, it seems, and a furious young lad took aim at the "lazy" dog owners by leaving a scathing note. 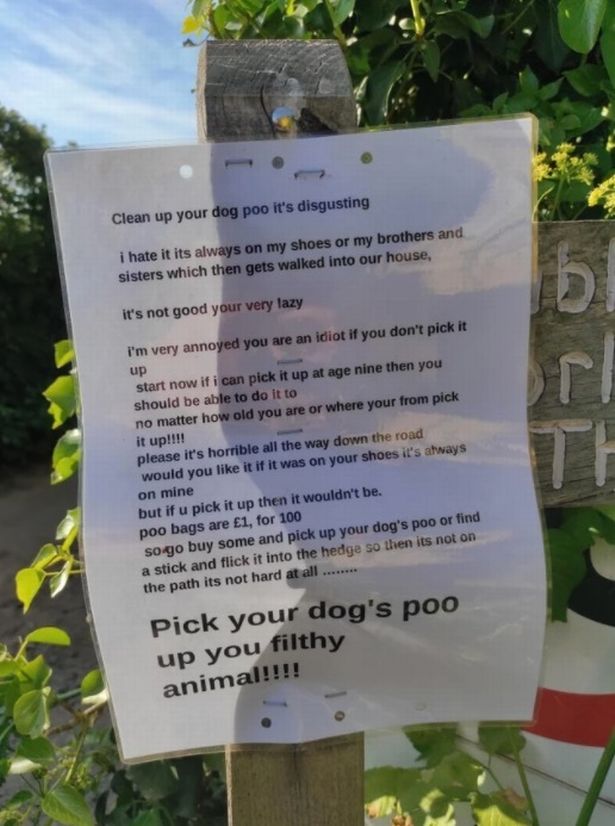 The young boy, who's just nine-years-old, was sick of getting dog poo stuck on his shoes while out for a walk with his siblings.

So desperate to put an end to his dilemma, he decided to staple a note to a sign post in the park for other dog walkers to see.

Luckily, it was spotted by one who shared a picture of the typed-out note on Reddit.

It reads: "Clean up your dog poo it's disgusting. I hate it its always on my shoes and my brothers and sisters which then gets walked into our house. 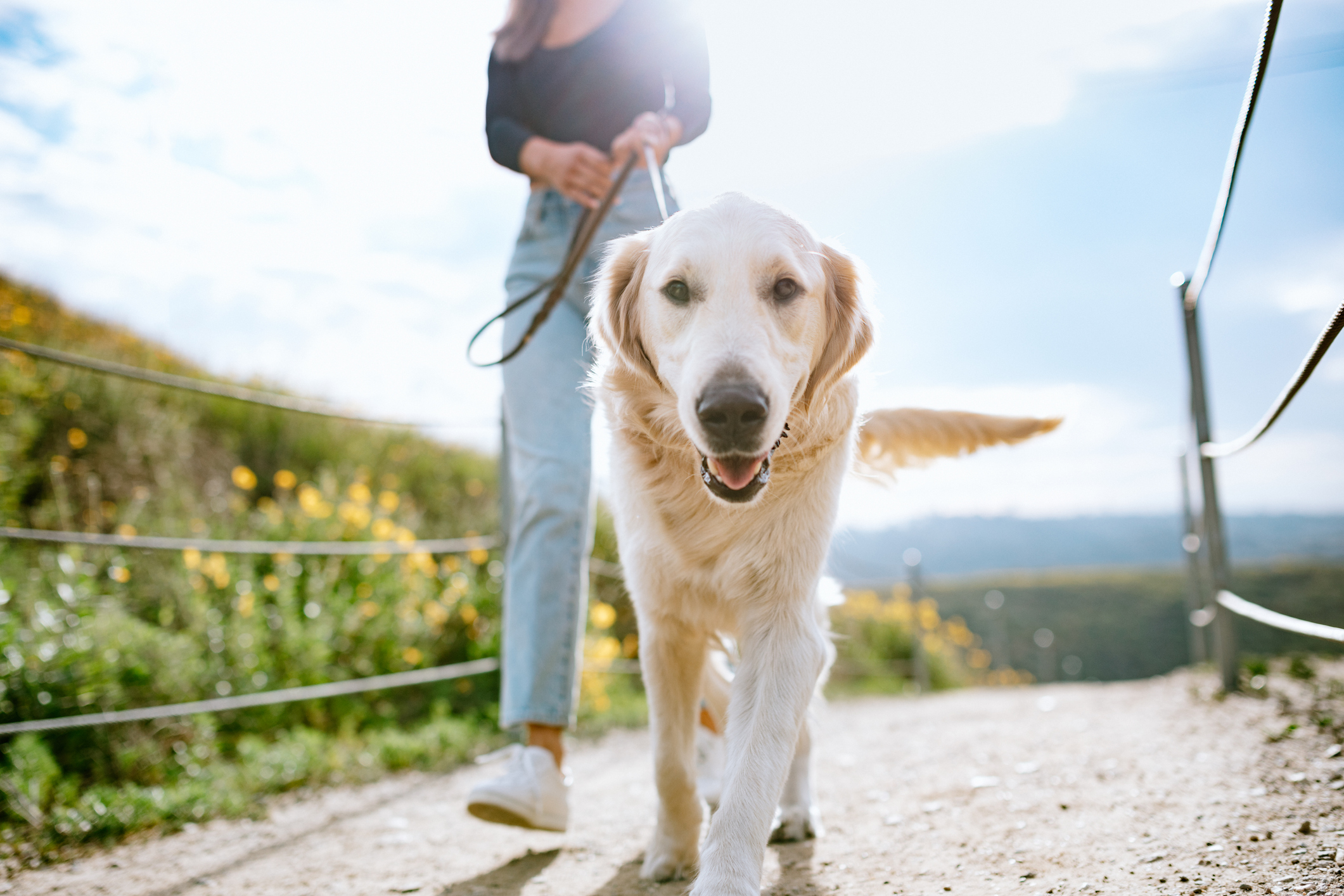 "It's not good your very lazy. I'm very annoyed you are an idiot if you don't pick it up. Start now. If I can pick it up at age nine then you should be able to do it to.

"No matter how old you are or where your from pick it up!!!! Please it's horrible all the way down the road.

"Would you like it if it was on your shoes it's always on mine but if you pick it up then it shouldn't be.

He ended the note with one key message in big, bold font, which read: "Pick up your dog's poo you filthy animal!!!!" 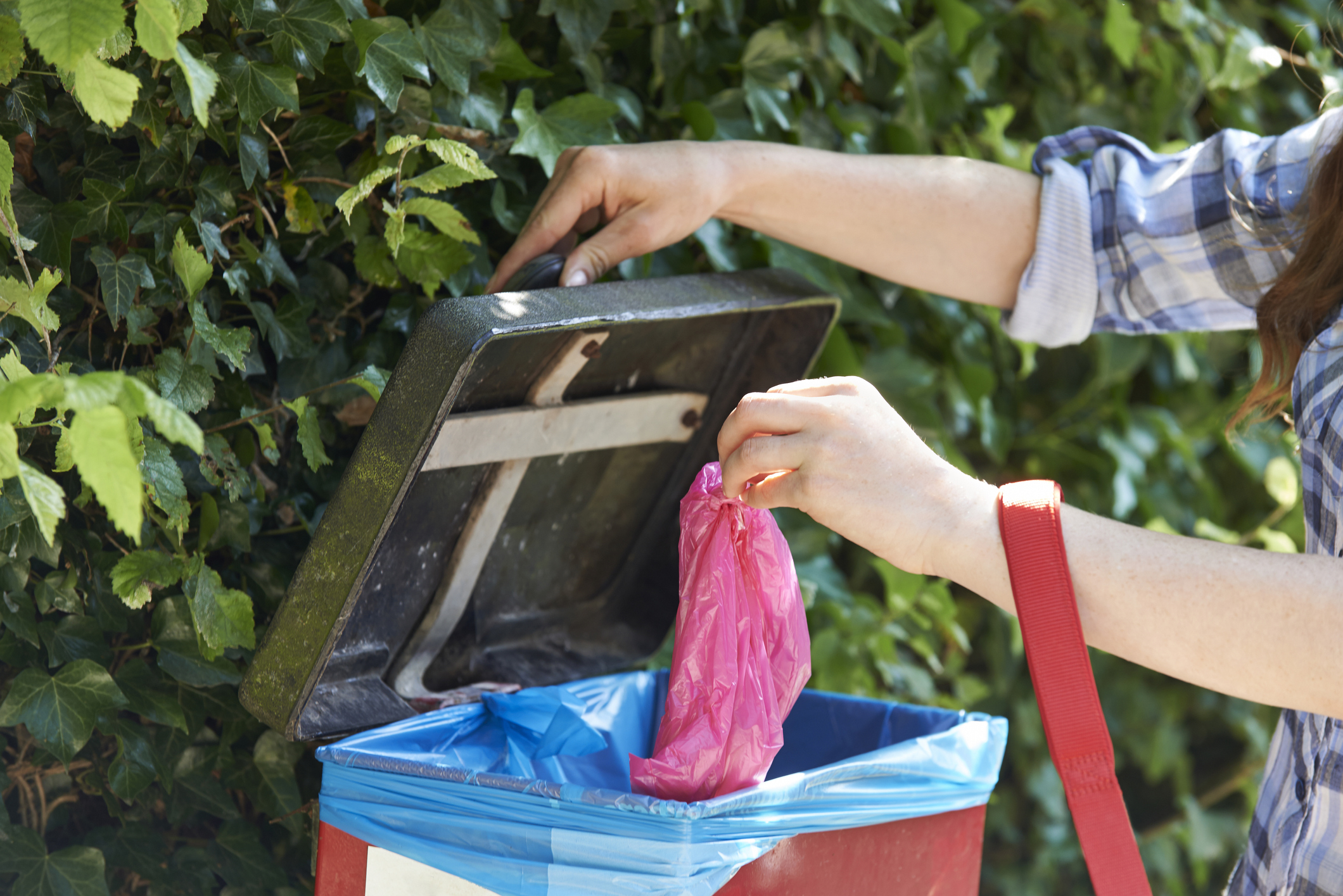 The hilarious rant was shared on the CasualUK Reddit page with the caption: "Found on a walk, let that be a message to all dog owners!"

The post racked up dozens of comments from people who praised the young lad, agreeing that it is a common problem.

One replied to say: "What I hate even more is people picking up their dog's poo, putting it into a plastic bag and then tossing said bag into the hedgerow or hanging it on trees… at this point I prefer you flick it to the side, it's less environmentally harmful. People are f-ing idiots…"

And another joked: "I'm more concerned at the moment there is a currently a very angry 9yr old running around the countryside with a heavy duty staple gun."

While a third added "I have two dogs and always clean up after them – in the countryside we flick the poo into the undergrowth, in town we pick it up.

"It baffles me though how many bags of dog poo we find on the pavements. Like, I get you bagged it, but why leave it then?"

We also shared how a robot vacuum runs over dog’s poo and smears it all over the house – leaving his owner traumatised.

Woman gets revenge on Uber Eats scammer who used her card for £40 KFC takeaway by sending him box of dog poo.

Plus this man demands neighbours stop bringing their ‘crying baby’ outside because the noise is so annoying in brutal letter.