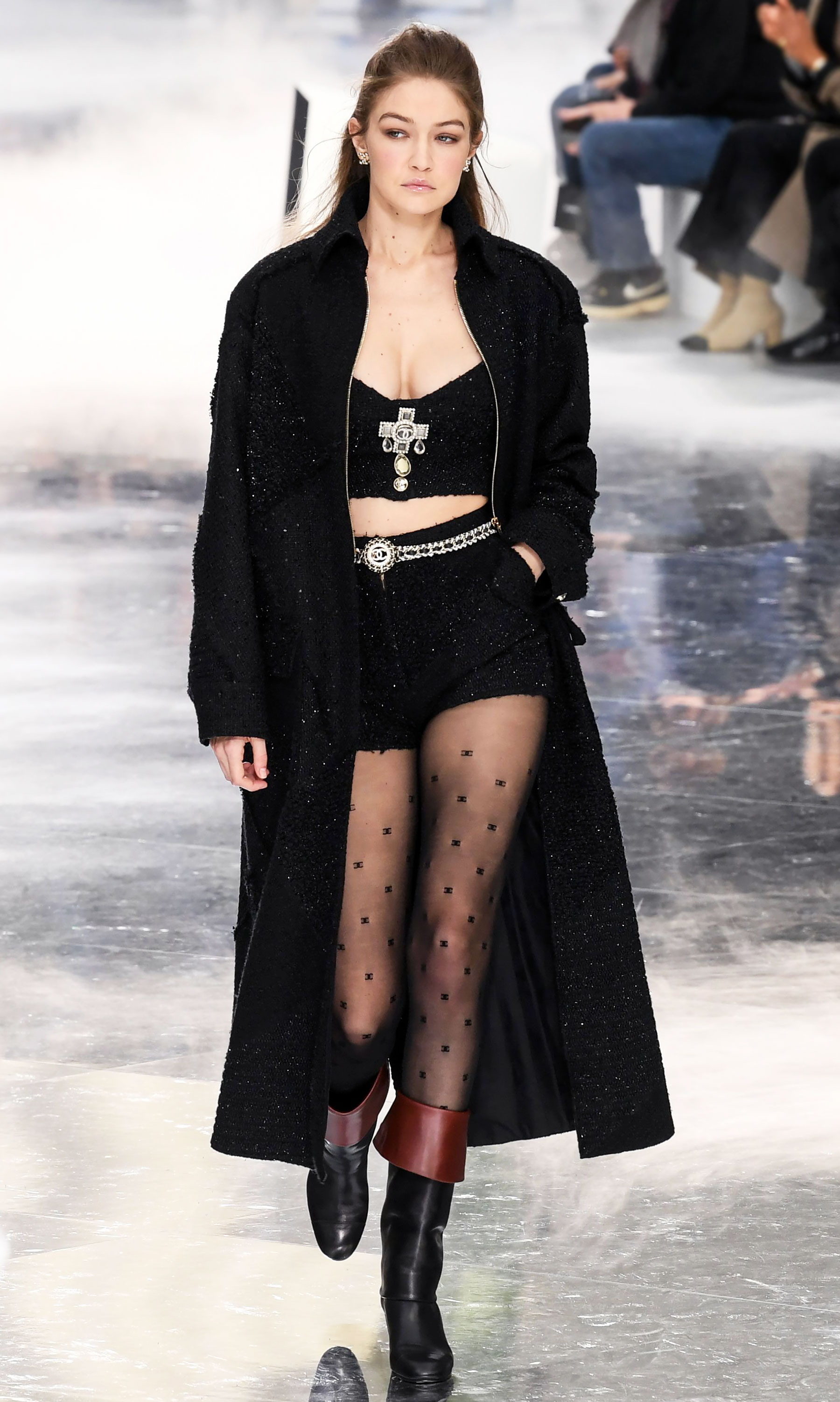 So sneaky! It turns out, Gigi Hadid hit the runways during Fashion Month already a few months pregnant.

During an Instagram Live with Maybelline’s makeup artist Erin Parsons on Wednesday, May 20, the 25-year-old referred to the busy time of Fashion Month, “when I was like already like a few months preggo, you know?” We didn’t know!

The model had quite a jam-packed schedule, traveling from New York to London to Milan to Paris all through the month of February, walking in shows like Marc Jacobs, Burberry, Versace and Chanel.

On Tuesday, April 28, news broke that Hadid was expecting her first child with on-again-off-again beau Zayn Malik. “Gigi is pregnant and she and Zayn are so in love,” a source told Us exclusively. “She’s always wanted to start a family with Zayn.”

Then on Thursday, April 30, the face of Maybelline confirmed herself that she was expecting when appearing on an at-home version of The Tonight Show Starring Jimmy Fallon. “Obviously, we wish we could’ve announced it on our own terms,” she said. “But we’re very excited and happy and grateful for everyone’s well wishes and support.”

The blonde stunner seems nothing short of ecstatic about the pregnancy. In a Mother’s Day post celebrating her mama Yolanda Hadid, Gigi wrote that she hoped to emulate her.

But Gigi isn’t the only one excited about the news! Yolanda also expressed her enthusiasm in an interview with the Dutch publication RTL Boulevard in April. “I’m so excited to become an Oma in September especially after I lost my mom so recently,” she said. “But this is the beauty of life, one soul leaves us and a new one comes in. We feel very blessed.”