A WOMAN was left fearing her boobs would knock someone out after purchasing a top from Shein.

Alexis, from the US, shared a clip of her wearing the top on TikTok, she decided to purchase it after another woman claimed it was suitable for those with curves. 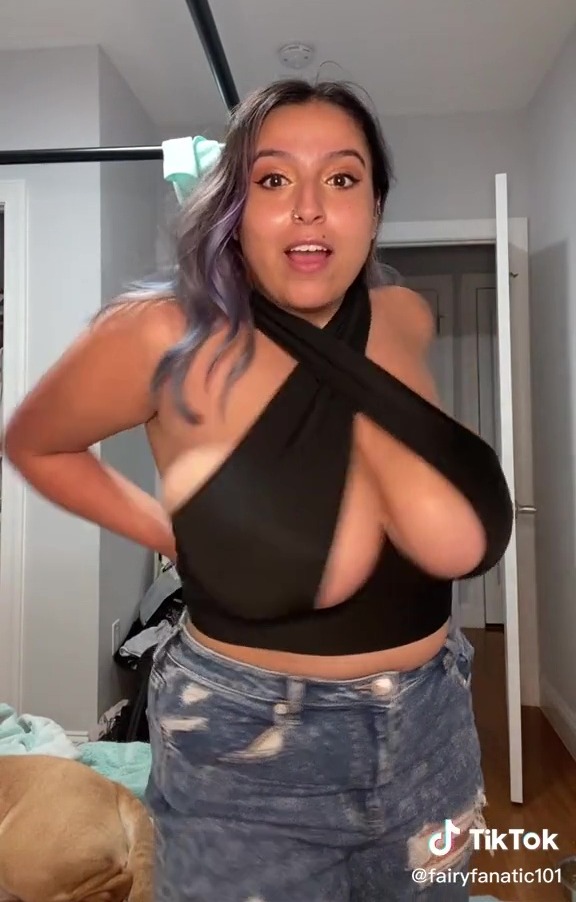 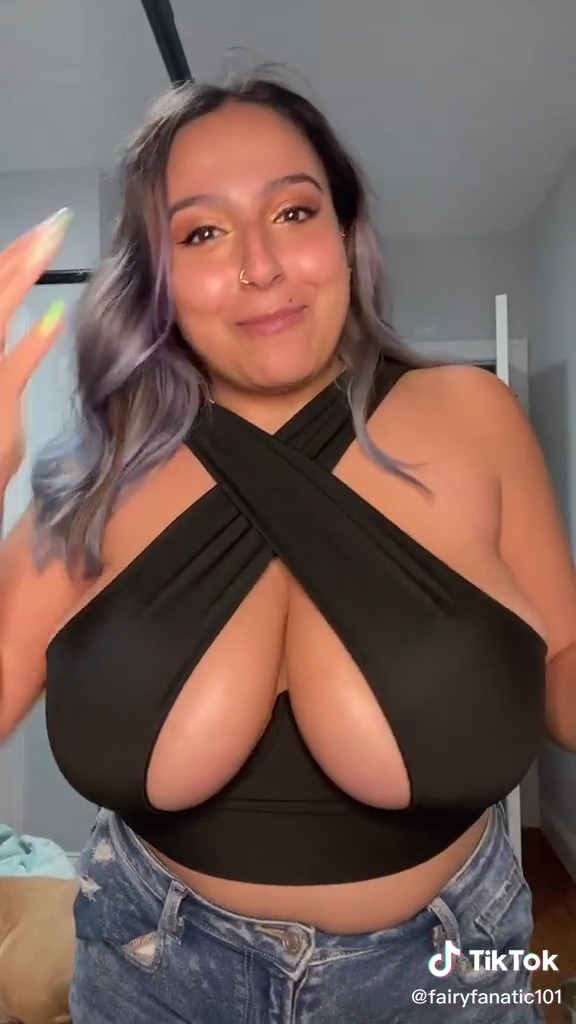 However, when the extreme cut-out brown halterneck top arrived Alexis said she had a 'bone to pick' with the woman as her boobs were not as secure in the top like she was promised.

The risque top was in fact quite risky to wear even though she was promised it was 'big cherry friendly.'

Alexis then revealed herself wearing the crop top, and she did not look impressed.

"One false move and I will poke an eye out, can you imagine me walking outside like this?" she said. 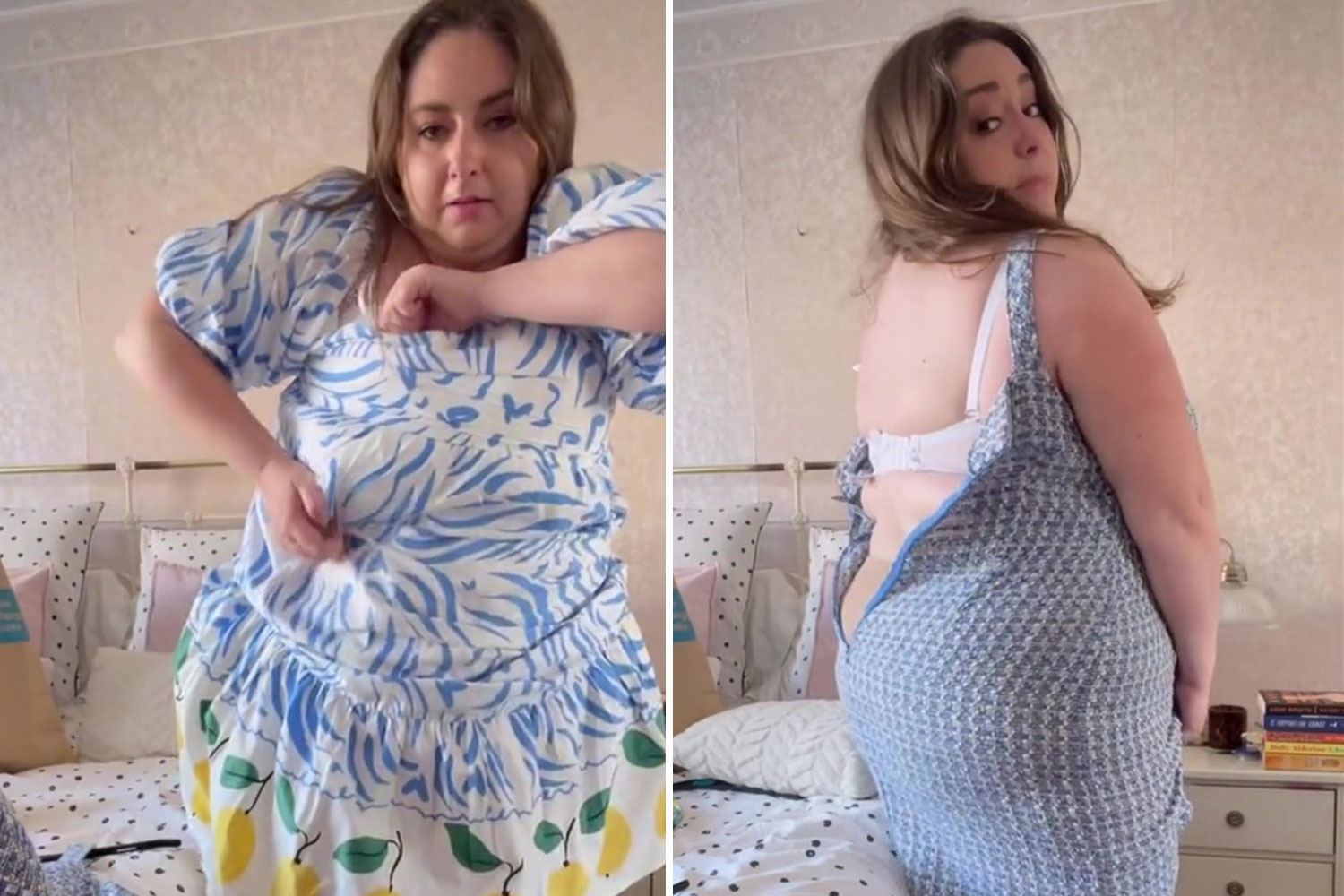 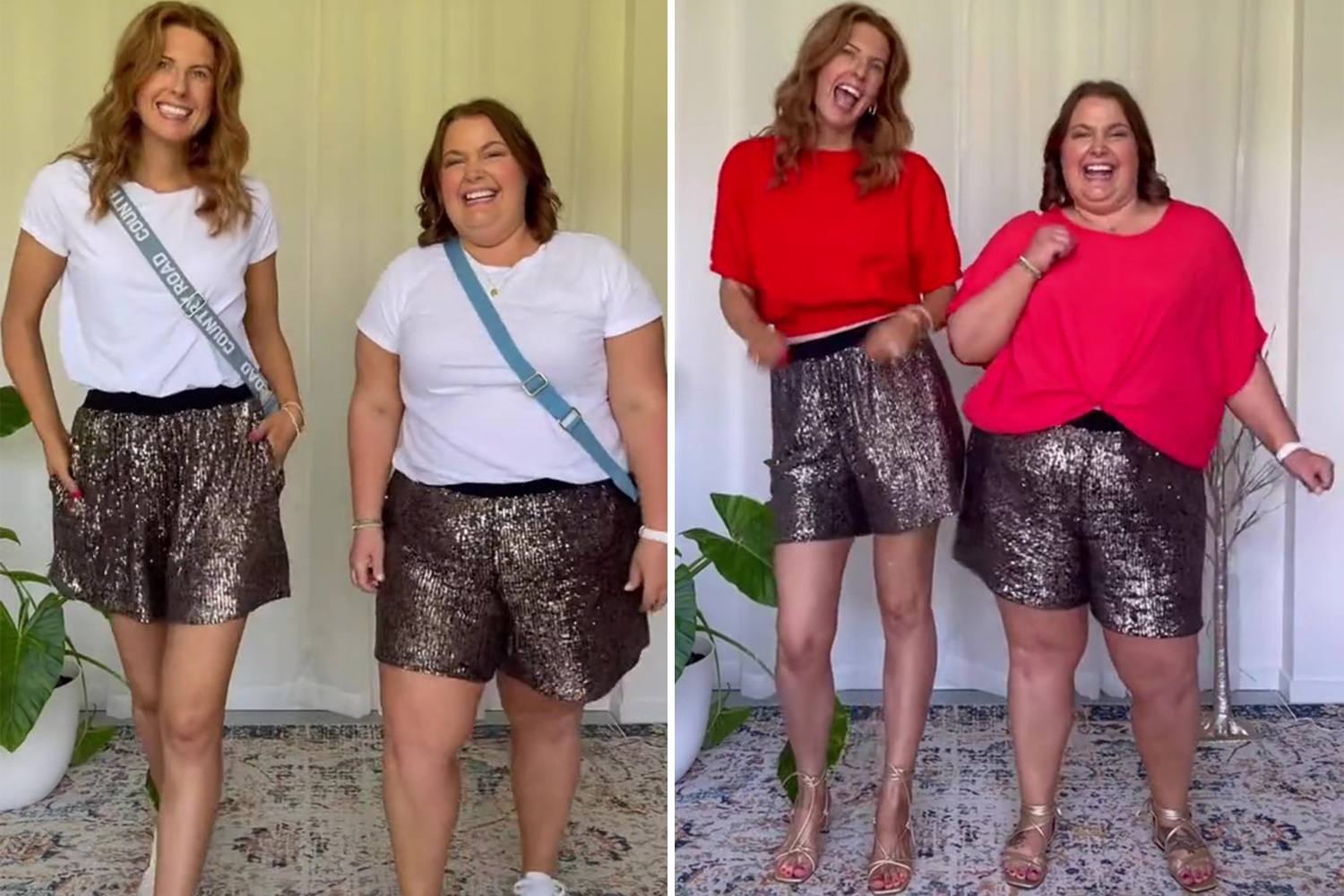 She gasped and put her hands on her in shock as she attempts to come to terms with the design of the top and how it is suitable for larger busted ladies.

"I don't even want to move or talk too hard because my t***y gonna fly out and knock somebody out," Alexis jokes.

"Y'all don't even understand the malfunction that occurred trying to put it on."

Despite initially being shocked and reluctant to wear the garment, Alexis started to be convinced of the idea to wear it.

She said: "I might still do it though, with some tape.

The video has since gone viral racking up over 100k views, and users were in agreement with her decision to wear it out.

One wrote: "Do it bestie. And give me the link while you at it."

"IT LOOKS GREAT BESTIE," another exclaimed.

A third commented: "NOO GIRL YOU LOOK GOOD IN THAT!"