ORGANISING an event, this woman decided to make her life easier and ordered cupcakes and a cake from a baker, but what arrived was far from her expectations.

Halima Hussain shared the video on TikTok and claimed it as the ''worst experience ever''. 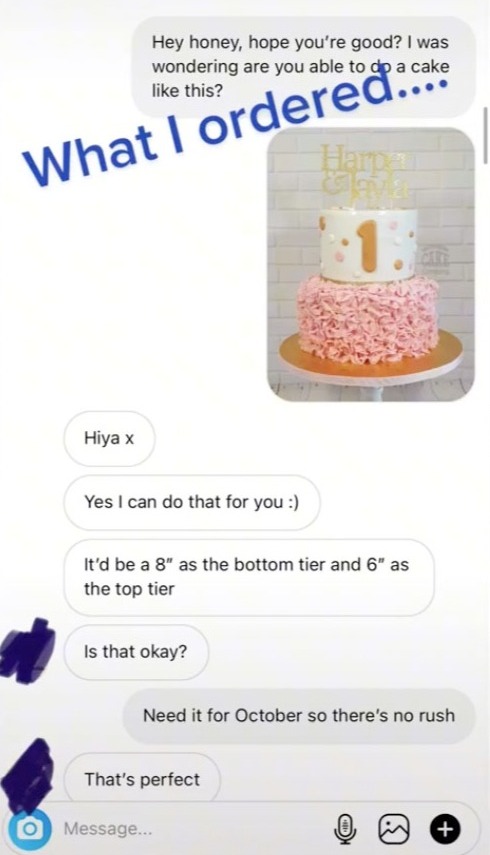 She also warned the viewers: ''Please use a cake maker who someone you know has actually used AND TRUST!''

According to her, she reached out to a baker sending a photo of what she'd like to have – a two-tier cake for October.

The baker seemed to be confident and said that wouldn't be an issue, adding the cake would be a '' 8'' as the bottom tier and 6'' as the top tier''.

Whilst placing the order, Halima also added she'd need cupcakes in pastel colours – which the seller agreed to do.

Although she said the baker was ''super nice and understanding'', she felt something was off once she received a message from the person asking if it would be okay to add a personal touch to the cake.

''This is when I started thinking she couldn't make the order right,'' Halima said.

''Do what you feel looks best,'' she replied still trusting her.

Happy with the final result, the baker then shared the photo on her Instagram with the caption: ''My first 2 tier cake.

It was so so heavy and took a lot of patience but was so worth it.''

When the goods were finally delivered, Halima was convinced the cupcakes were chocolate flavour – but she quickly realised the truth once the icing was spread off.

It appeared that nobody ate the cupcakes because instead of being chocolate they were, in fact, burnt.

''First time I ordered from her, she messed the cake up..

''I had to make her fix things the night before…

A family member notified the baker who then messaged her apologising for what had taken place.

''Buttercream does start to soften in warm temps but I don't understand why it started to melt like this, it's the first time it's happened,'' she explained.

Although she did say she'd have to keep the deposit because of the time invested, she was more than happy for Halima to not pay the remaining sum.

However, Halima didn't think it was fair and pointed out to the cupcakes.

''You knew all along they were burnt…''

According to the screenshots, she was refunded the full amount in the end.

Meanwhile, daughter makes ‘money cake’ for her fussy mum but gets absolutely slated for being ‘dirty’.

Plus, this professional baker who rakes in hundreds for wedding cakes shares the 75p secret.

Also, on the topic of baking, you’re using your oven all wrong – how to see if it’s heating correctly and how to fix the issue. 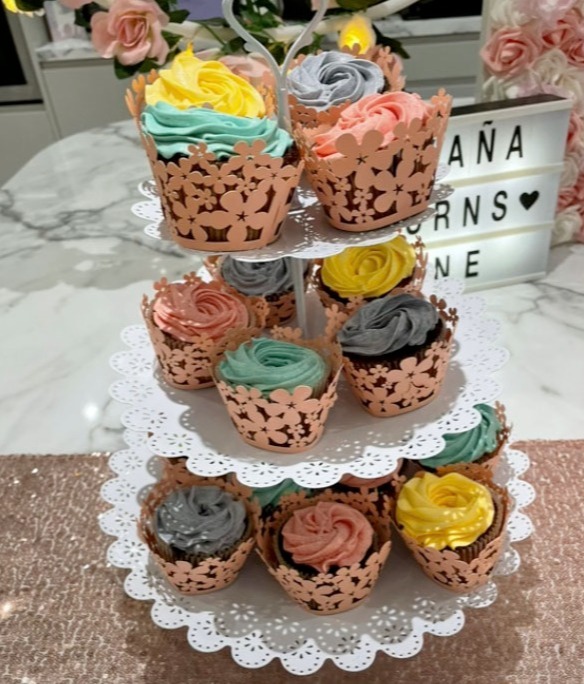 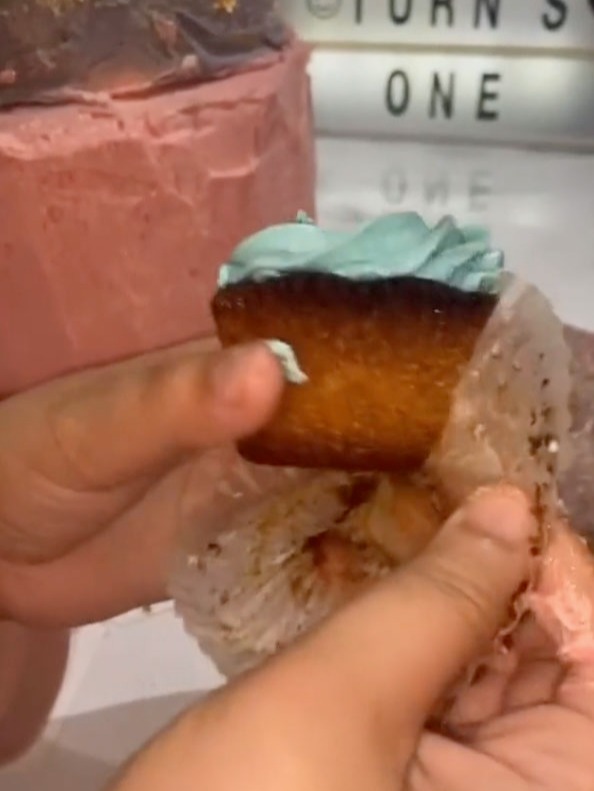 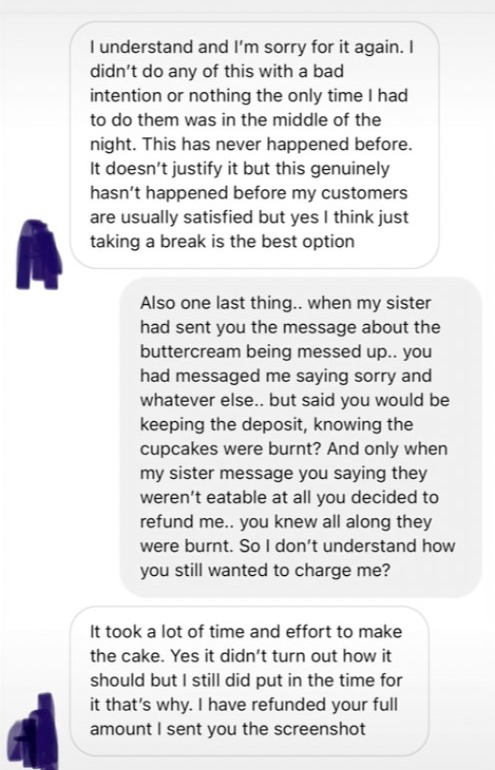