LIKE millions of brides-to-be, Jess Wright has been eagerly waiting for her wedding to go ahead after Covid ruined plans.

The former Only Way is Essex star has been slimming down for her dress with the Keto diet, which means eating zero carbs. 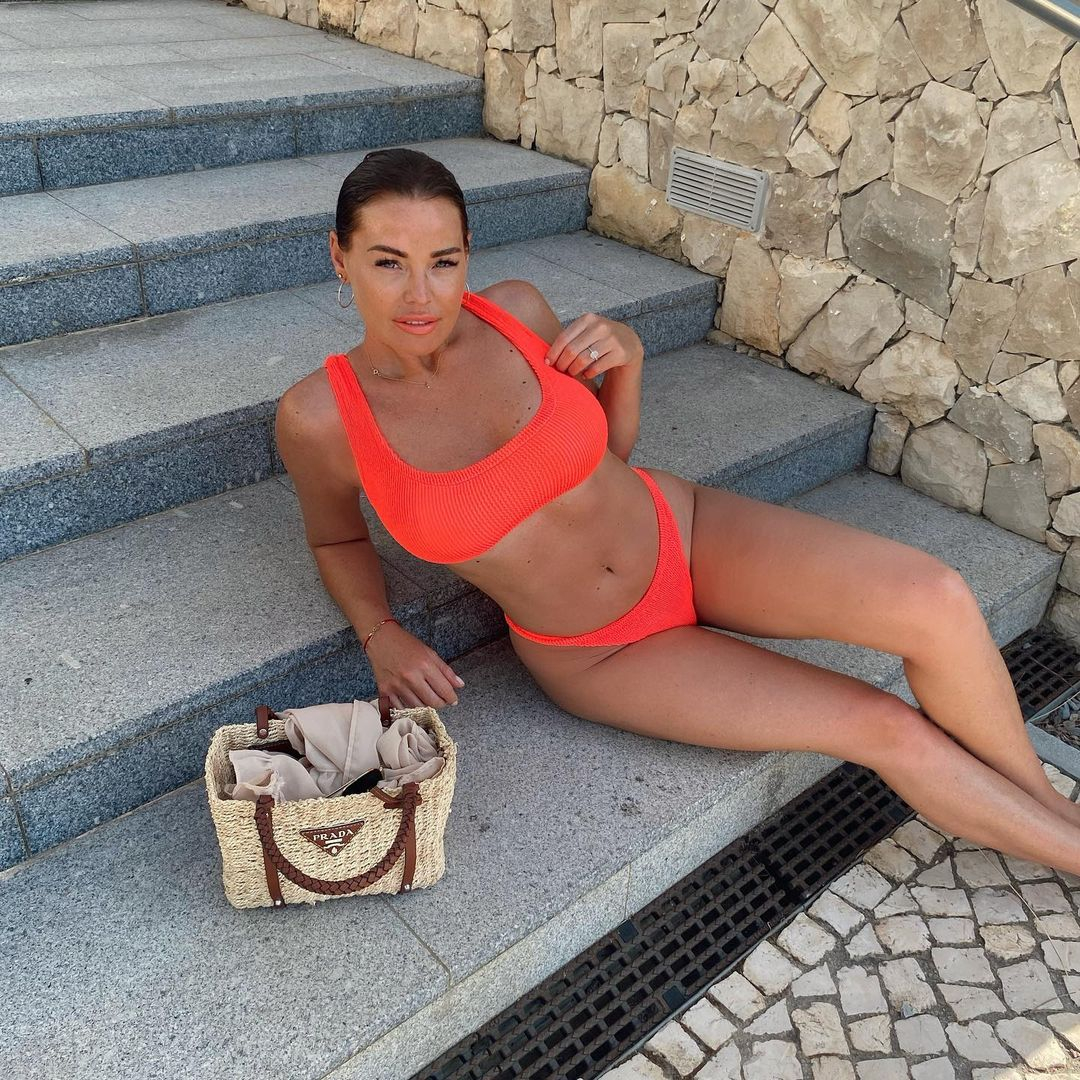 The 35-year-old started her new plan in January, hoping to wed fiancé William Lee-Kemp, 38, in June of this year.

But their plans for a big dream day in Mallorca were scrapped earlier in the year due to Covid, leaving the pair devastated.

Jess told the Sun: “It's been a really rocky engagement because we just haven't known if we are coming or going.

“But we've got high hopes for September now, with the vaccines we hope it'll be ok. Once we get there it'll be the most perfect day ever.”

The couple met through Jess’s brother, Mark Wright, who is was a TOWIE original, and got engaged in March 2020.

They have planned to tie the knot with a wedding in England in September, as the end of restrictions on July 19 mean there are no limits on the guest list. 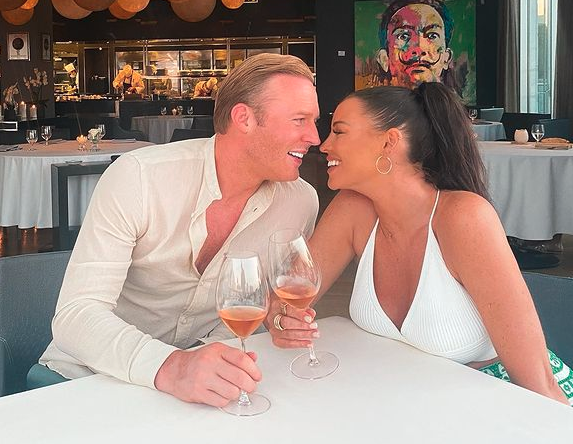 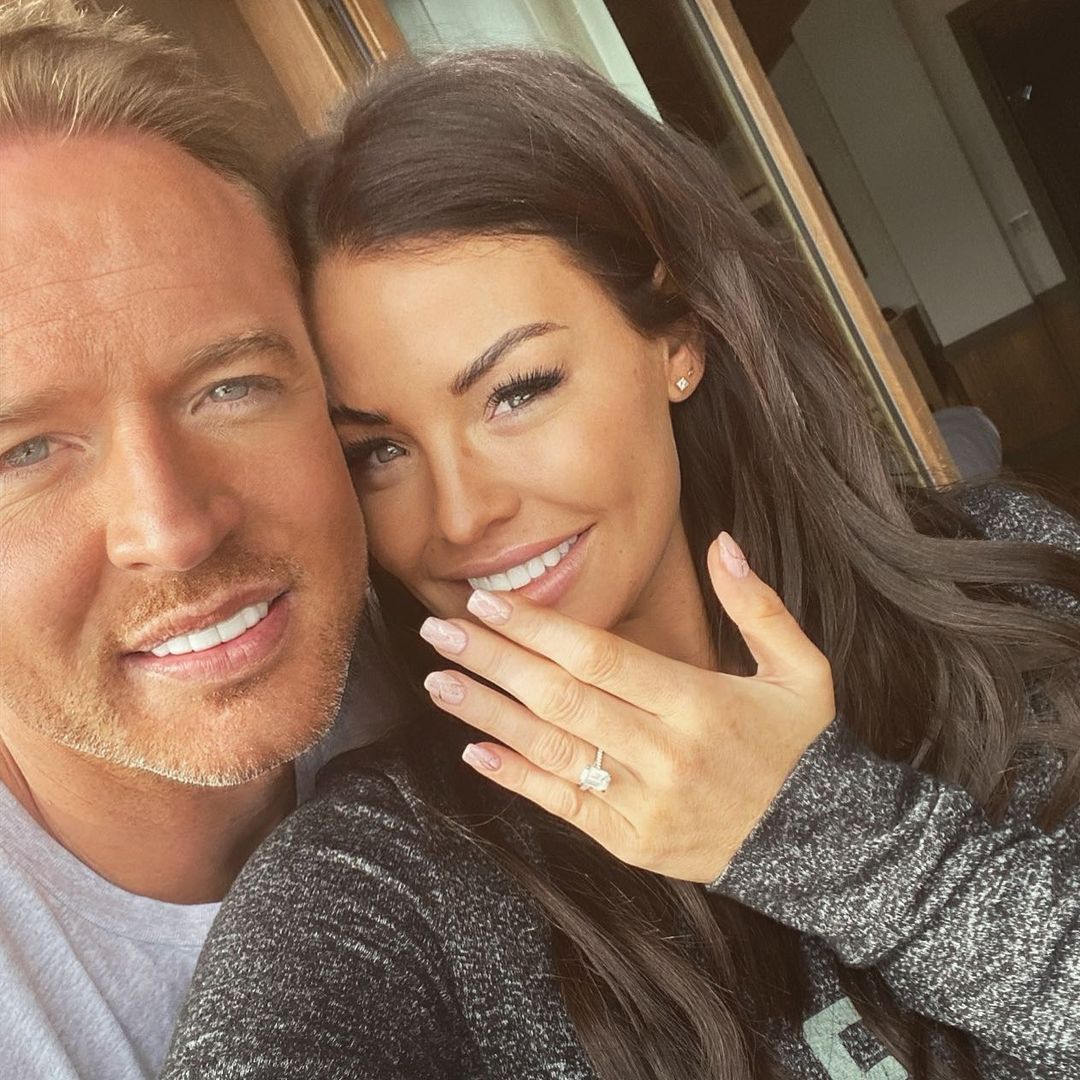 But one member of the family who will be missing is Jess’s uncle Eddie, who died of Covid-19 in March 2021.

The 65-year-old, at the heart of the Wright family, sadly died of the disease after a handful of loved ones were diagnosed around Christmas.

Jess said: “That was terribly hard for everyone to deal with. We are a really close knit family so it was horrifying to go through.

“He was a massive, massive part in everyone’s lives so it was devastating.

“He would've loved to have been there on my wedding day. He was the first to book accommodation. So he’ll be there in spirit.”

Jess said her big day will be a “chance for the family to be together after the shocking year we had”.

What is the keto diet?

With the big day a few months away yet, Jess, who has partnered with SlimFast Keto Fuel Shakes, Bar and Snacks, has plenty of time to get the weight loss results she is looking for.

Keto was originally developed in the 1920s to help patients with epilepsy, and is also recommended for some metabolic diseases like PCOS and diabetes, as well as Parkinson's disease and even some cancers.

The most important rule of the keto diet is to limit carb intake to 20-50g a day, the equivalent of one or two slices of bread.

The diet relies on a normal metabolic process called ketosis – that helps the body keep working.

It's where the body, starved of carbs for energy, starts to burn fat reserves instead – resulting in weight loss.

Keto means saying goodbye to pasta, bagels and even some fruits and veg while focusing on protein and fats. 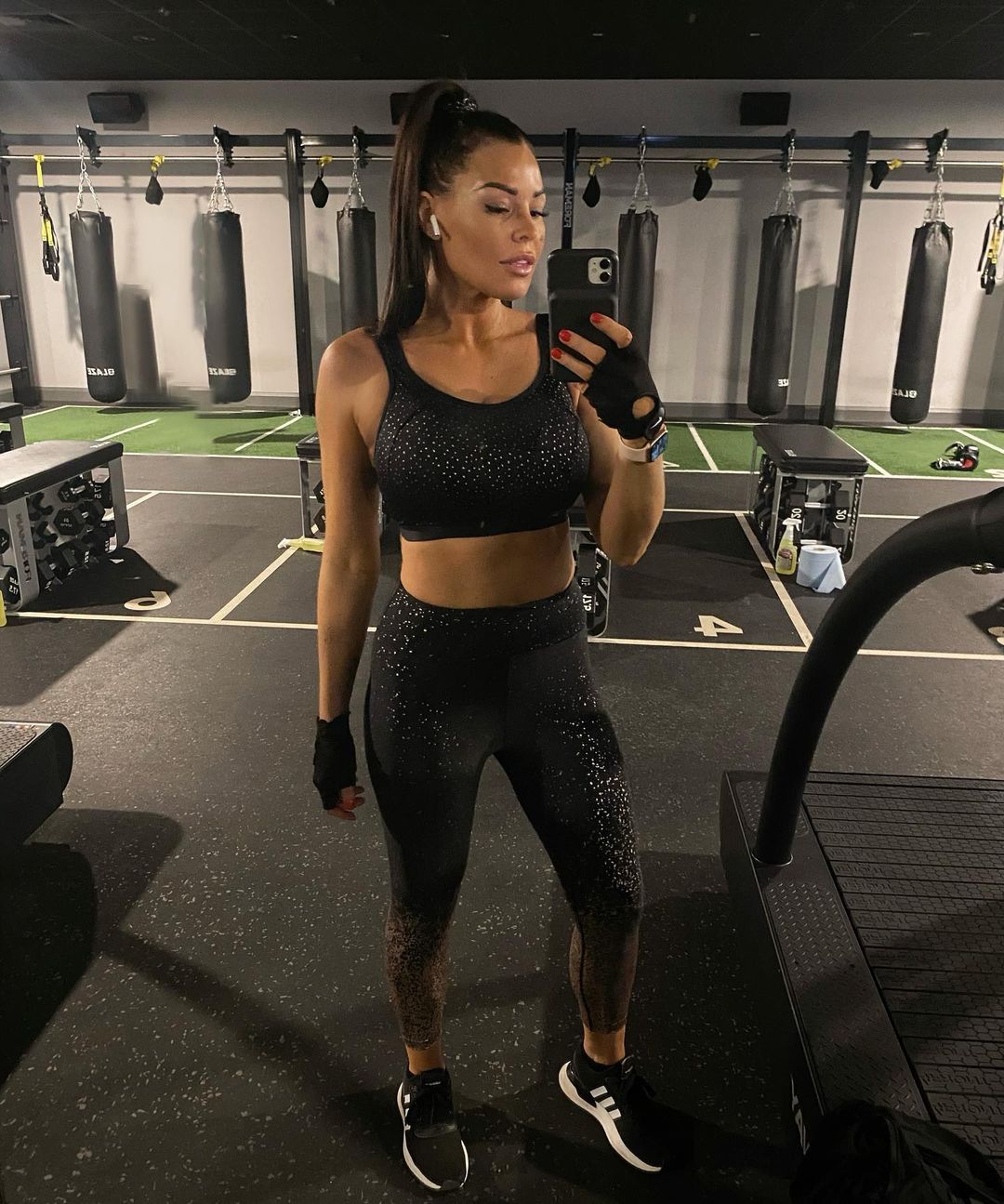 But Jess says she is still snacking on chocolate without it sabotaging her progress.

Speaking of keto, she said: “It’s a really really healthy way to control my appetite and lose a tiny bit of weight.

“I do have my dress, which is amazing. It's not at home yet. I need to be slim for my dress so I'll be upping the healthy eating till then.

“But I don't have a goal because you’ll drive yourself mad weighing yourself.

“I just like the fact you can eat so much, it's not restrictive or about starting myself, I can still eat and have the SlimFast chocolate peanut butter cups!”

Jess’s diet before and now

Dinner: Meal of protein, veg, pasta or potato, or salad with bread

Breakfast: SlimFast Keto Fuel Shake with some berries and yoghurt

Lunch: Salad with chicken and avocado

The bride-to-be is no stranger to an overhaul in her diet, having previously shown off before and after photos following a drop in weight.

But this time, Jess claims she is staying clear of the scales and focusing on “balance”.

She said: “On Sunday I'll have something that's not right, but that's how I am.

“I've learned over the years you can try and get the shape and body you want. But you're born with your shape and metabolism. So you need to play with your strengths.

“Wear what suits you and do what it takes for you to feel comfortable, and just own it.

“We always strive to be other people but it's about owning your body – if you are curvy, tanned, or not. Whenever I think I'm not tanned I feel bigger. I might just cover up a bit more.”

Jess and nutritionist Rob Hobson have given their best tips to ease into the keto diet.

Jess said it’s easy for her to stick to healthy meals even if she is busy if she prepares her salad ahead of the week.

She said: “It's all about meal prep when you're in a rush. I plan my weekly shop well in advance to make sure I have plenty of keto friendly foods at my fingertips. 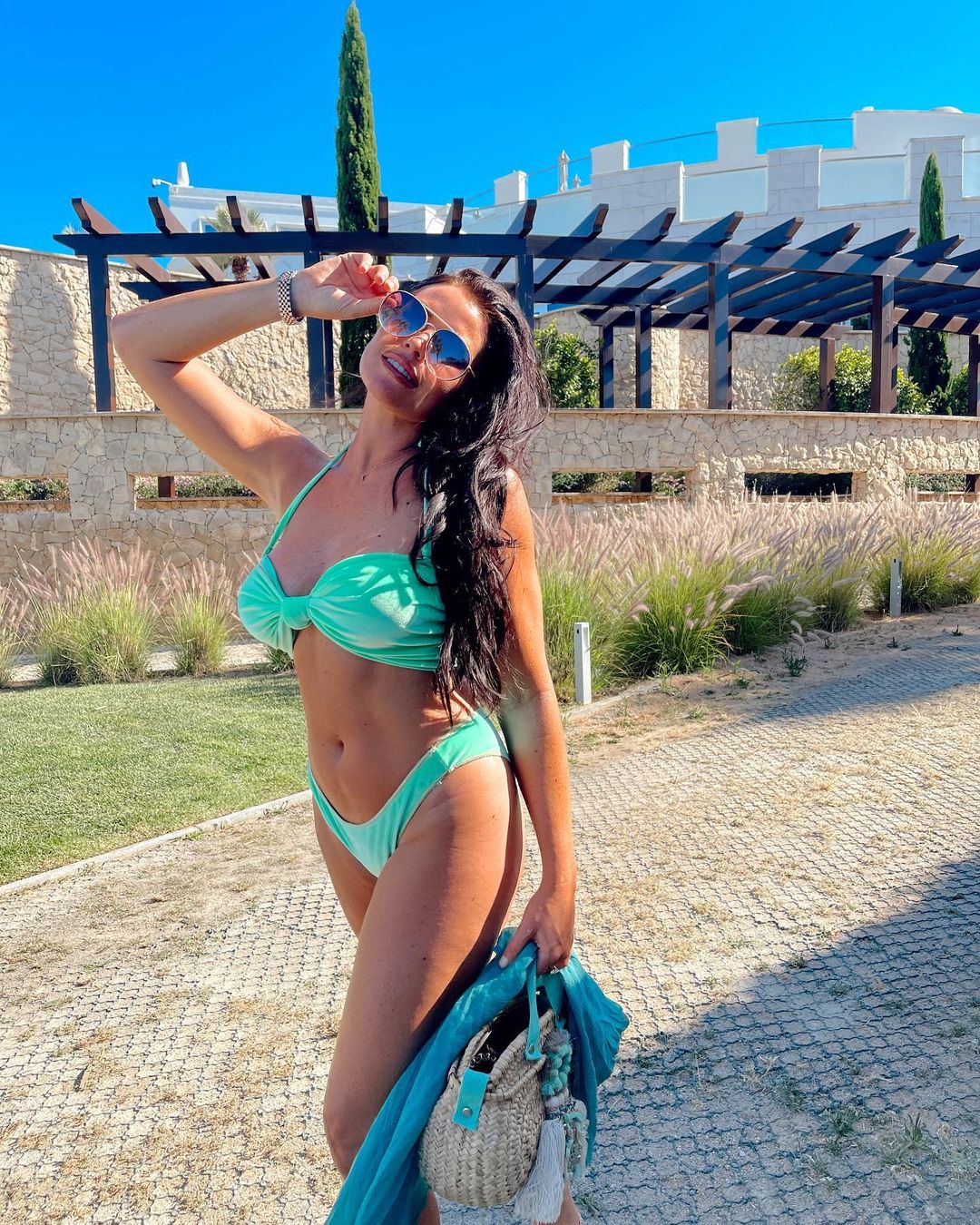 “Sometimes I'll make a salad in a big bowl, leave it in the fridge and make it with meat or fish.”

Rob, a London-based nutritionist working with SlimFast, said: “Preparation is key if you want to save yourself time across the week.”

2. Focus on protein and fat

On the keto diet, the basic principles are to create your meals around fat and a little protein.

Jess said: “There are so many ways of replacing carbs with other things and it's really not bad once you get the hang of it.”

Nutritionist Rob said: “You can create meals using recipes. But to whip up something quick, simply piece foods together in accordance with the keto guidelines.”

Lunch could be grilled halloumi or chicken with salad.

And dinner chicken or salmon with pesto courgetti topped with toasted pine nuts (or for a vegan option you can whizz up an avocado, olive oil, lemon juice, chives and salt in a blender to create an avocado ‘mayo’).

Jess said: “I’m a really big snacker, so it's really important that I have lots of pre-prepared, keto-friendly snacks in my handbag for when I'm out and about.

“I do things like pop a boiled egg, some dried coconut or a small handful of almonds in a Tupperware pot.”

But boiled eggs are a top keto snack choice, according to Rob who said: “I know this is probably the weirdest thing to keep in your handbag.

"But a boiled egg is pretty much carb-free and rich in protein which can help to keep you feeling full between meals.

“Keep them in their shell to avoid the unpleasant smell and try flavouring with celery salt or smoked paprika.”

Of all her go-to snacks, Jess said: “My favourite at the moment is SlimFast Keto Nut Butter Cups, which contain dark chocolate and peanuts and stop me from going off plan when I'm craving a sweet treat.”

A “diet” zaps energy. But you don’t need to feel sluggish when using keto.

Jess said: “I have really noticed my energy levels increase since starting on the keto lifestyle – I'm much less sluggish with fewer carbs.

“I try to eat regularly throughout the day, I never skip meals and I try to make sure all my snacks are protein rich, like nuts and seeds or cheese.”

Alongside nuts, seeds, cheese, dark leafy veg and ginger, one of the best pick-me-ups is a protein shake.

It has “vitamins B6 and B12 which are required for energy metabolism and the production of healthy red blood cells which carry oxygen around the body”.

It’s also low in calories, so if you want something more filling, add a handful of berries, avocado, spinach or nuts.

Rob added: “Make sure you eat regularly to keep your energy levels up and avoid skipping meals or eating erratically.”

Avocados are a great source of fat but can be a little on the pricey side for many.

Rob has a tip to avoid wastage, saying: “If you are lucky enough to have a local fruit and veg market nearby then often you can find avocados that are slightly past their best in baskets for as little as a few quid.

“You can cut the flesh into chunks then cover in lemon juice and place in Ziplock bags to freeze – this is great for use in Keto breakfast smoothies.”

Without carbs, protein is likely to become more frequent in your diet.

Rob suggested buying poultry on the bone to keep costs down, as well as fresh thigh meat.

He said: You could also buy a whole chicken and roast it for supper one night then use the leftovers the day after.

“Minced chicken or turkey thigh meat also good value for money and you can make it stretch further by using it to make small patties which can be left in the fridge to eat with meals or as a snack across the week.”

A 20g serving of 70 per cent dark chocolate is only 7g of carbs.

Rob said: “Yes, you heard it right, chocolate! You have to stick to dark chocolate with a high percentage of cocoa solids.

“Chocolate is the ultimate fix for many people but given the portion size is quite small you need to make the most of it so be mindful.”

Popcorn is also a favourite among keto dieters, but Rob said to stick to the savoury kind.

He said: “This isn’t the most filling of snacks at just 44 calories per bag but a good option to keep on hand in case you’re hit with the munchies.”