THE man opposite me gazes intently as he strokes the canvas with his… brush.

But artist who is painting me today doesn’t have the usual artists’ toolkit. 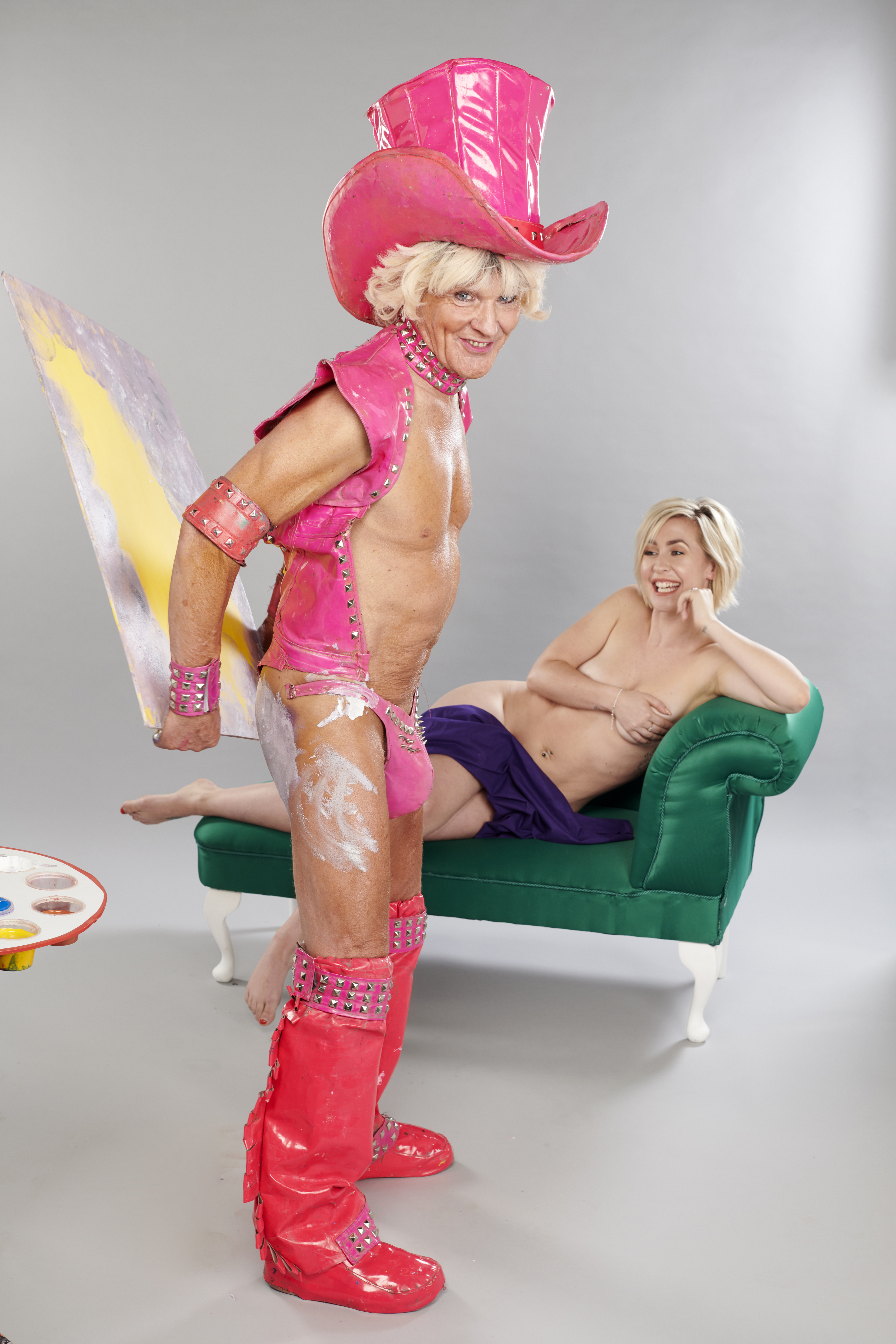 Self-titled Pricasso is using his very own penis to create his masterpiece – and claims to have made close to £500k from his saucy paintings.

Like Holly and Phil did on This Morning a few weeks ago, I’ve commissioned Pricasso – real name Tim Patch – to paint me. The only difference is, I’ve stripped off too. 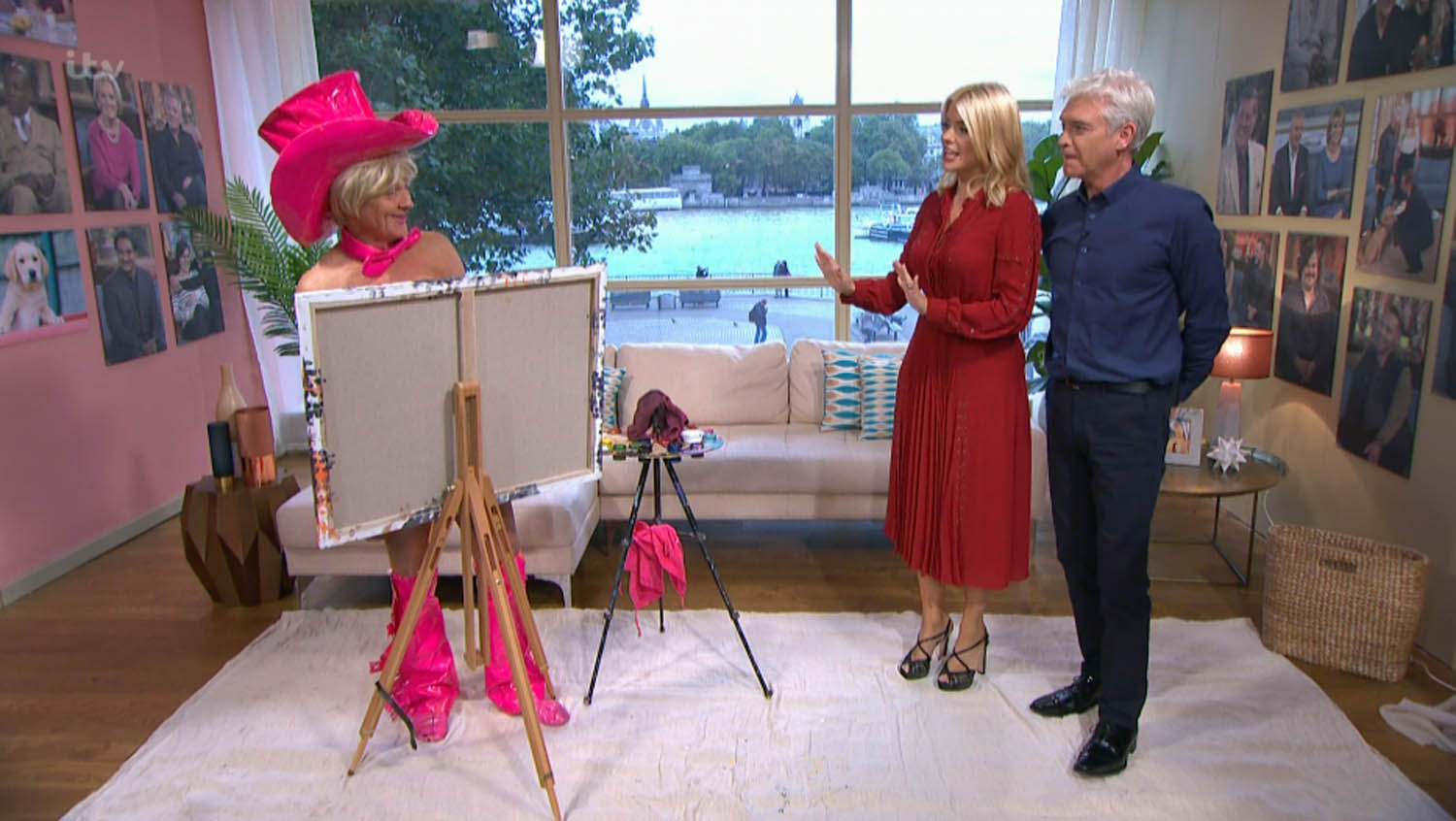 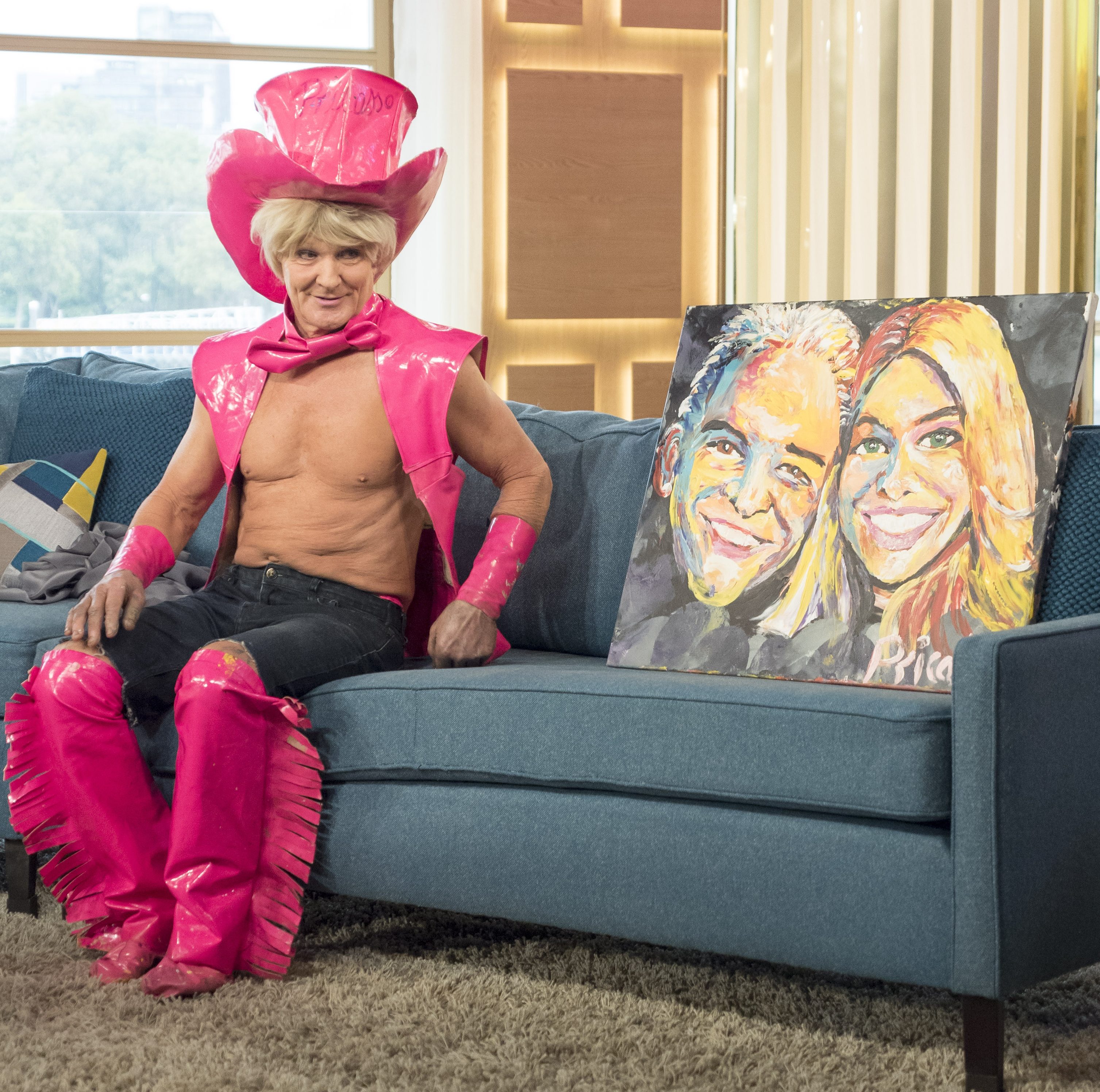 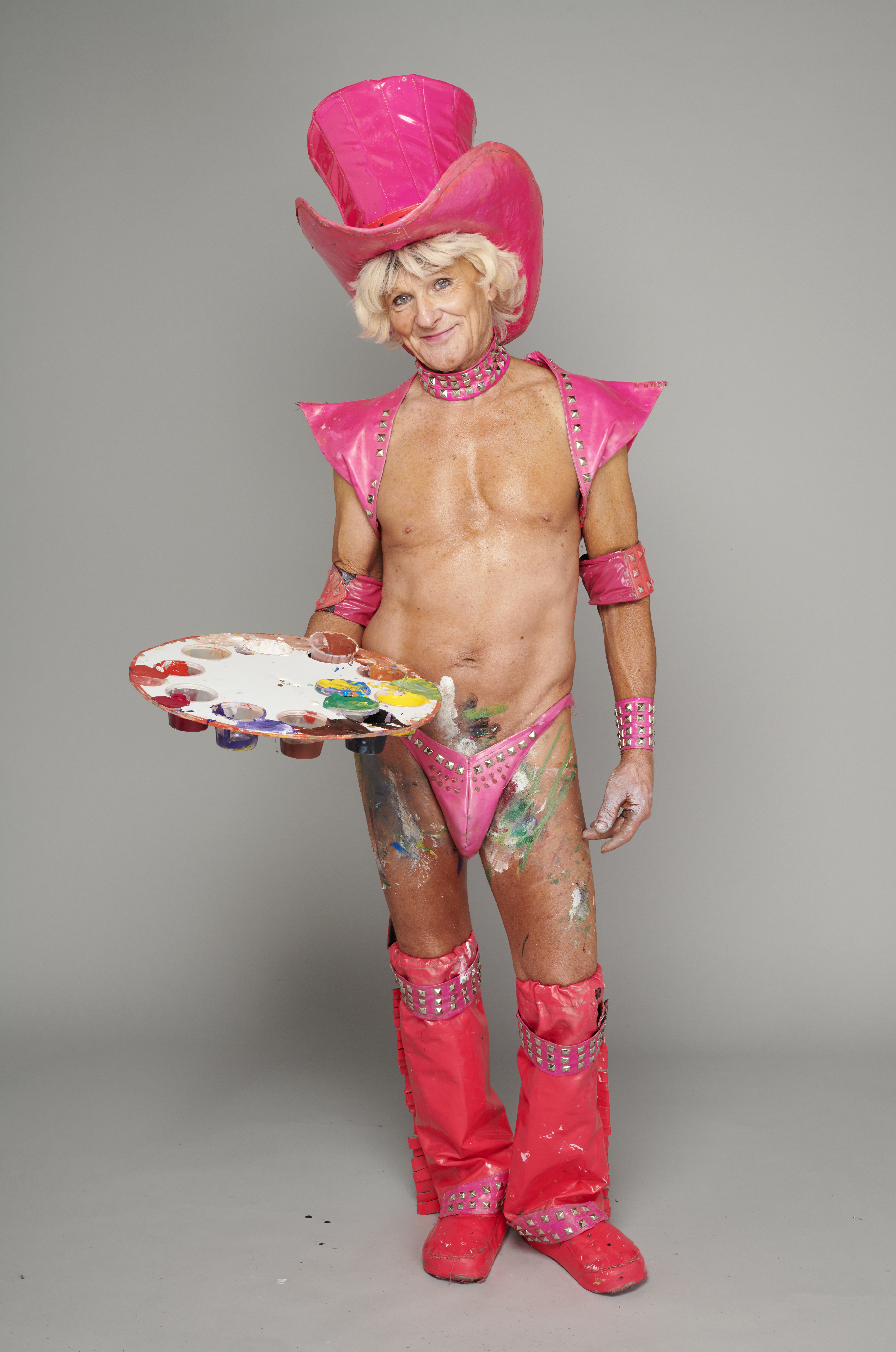 I first heard of Pricasso when I saw him painting using his private parts whilst wearing a bright pink bondage outfit on morning television, and decided I fancied a new piece of art for my wall.

I dropped him an email, and he agreed to meet me at a London studio.

When we arrived, Pricasso appears to be pretty shy, dressed down in a hoodie, jeans and a woolly hat – but it’s only minutes until he starts taking all of his clothes off and changes into the bright pink costume I saw on ITV.

As he fixes a blonde wig to his scalp, he tells me he’s 71, was born in Portsmouth but now lives in Australia and used to work as a builder.

“I still see my old building mates occasionally,” he tells us. “But they don’t know I do this as well.”

I can’t lie, I feel pretty nervous taking my clothes off. As a mum of a HOW OLD son, I go through waves of feeling body confident.

But this picture is a once in a lifetime opportunity – the ultimate souvenir. 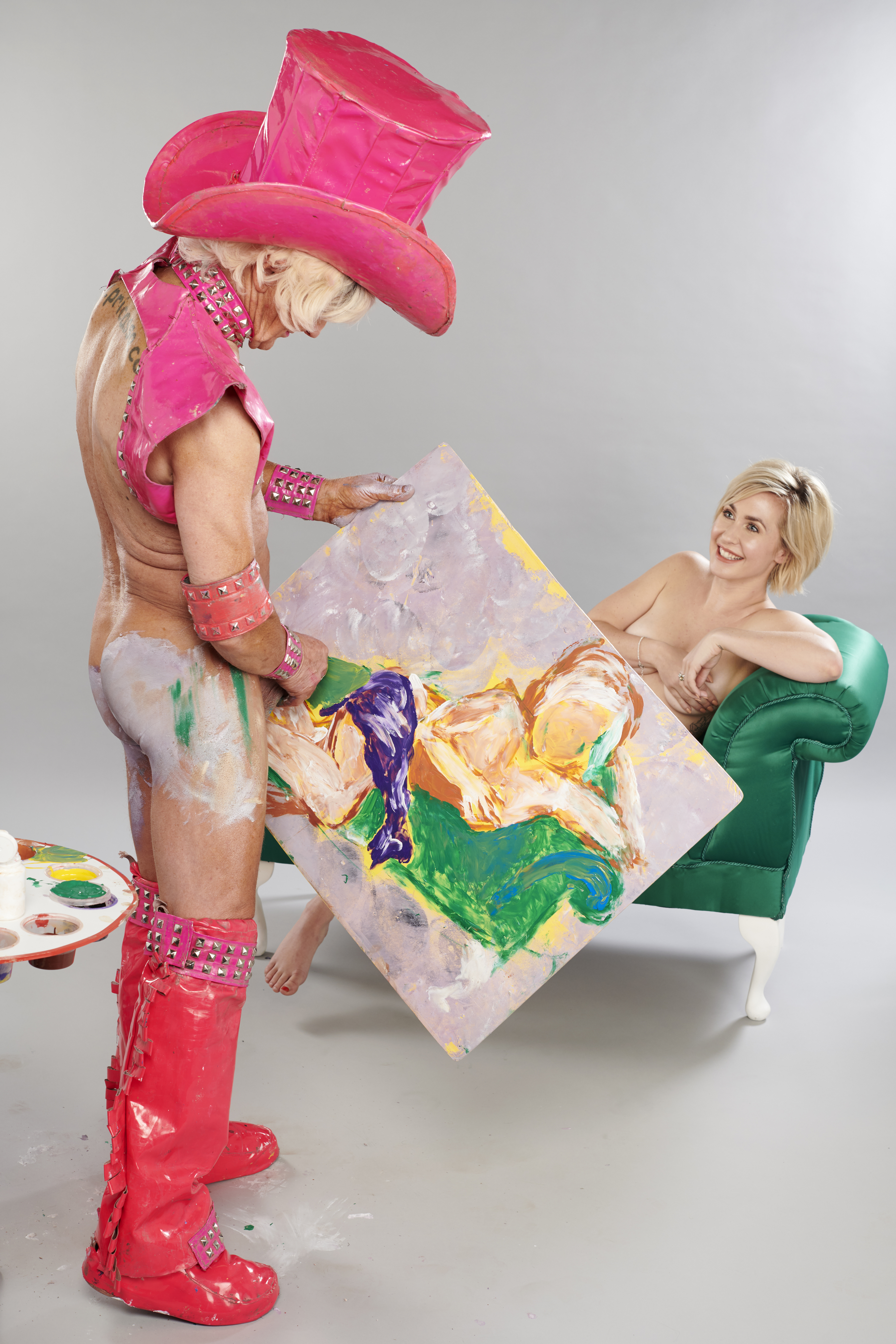 'I don't get any sexual pleasure out of this'

Pricasso quickly gets to work.

He uses his bum to paint the canvas background by holding it behind him and spanking himself with it, while telling me he has made a 15-year career out of his private arts.

“I was watching a penis puppet programme on YouTube and wondered what else I might be able to do with my manhood,” he tells me.

Satisfied with the background, Pricasso – a father of two – dips his penis into the paint and begins creating my outline.

“I don’t get any sexual pleasure out of this,” he tells me. “It’s all about the creativity and expressing myself.”

That said, he admits he gets a lot of attention from women at hen parties – and some of his clients pay for videos of him creating their pictures.

He admits that he often rubs the skin off his penis, and has been forced to use Vaseline to protect it when painting for long time periods. 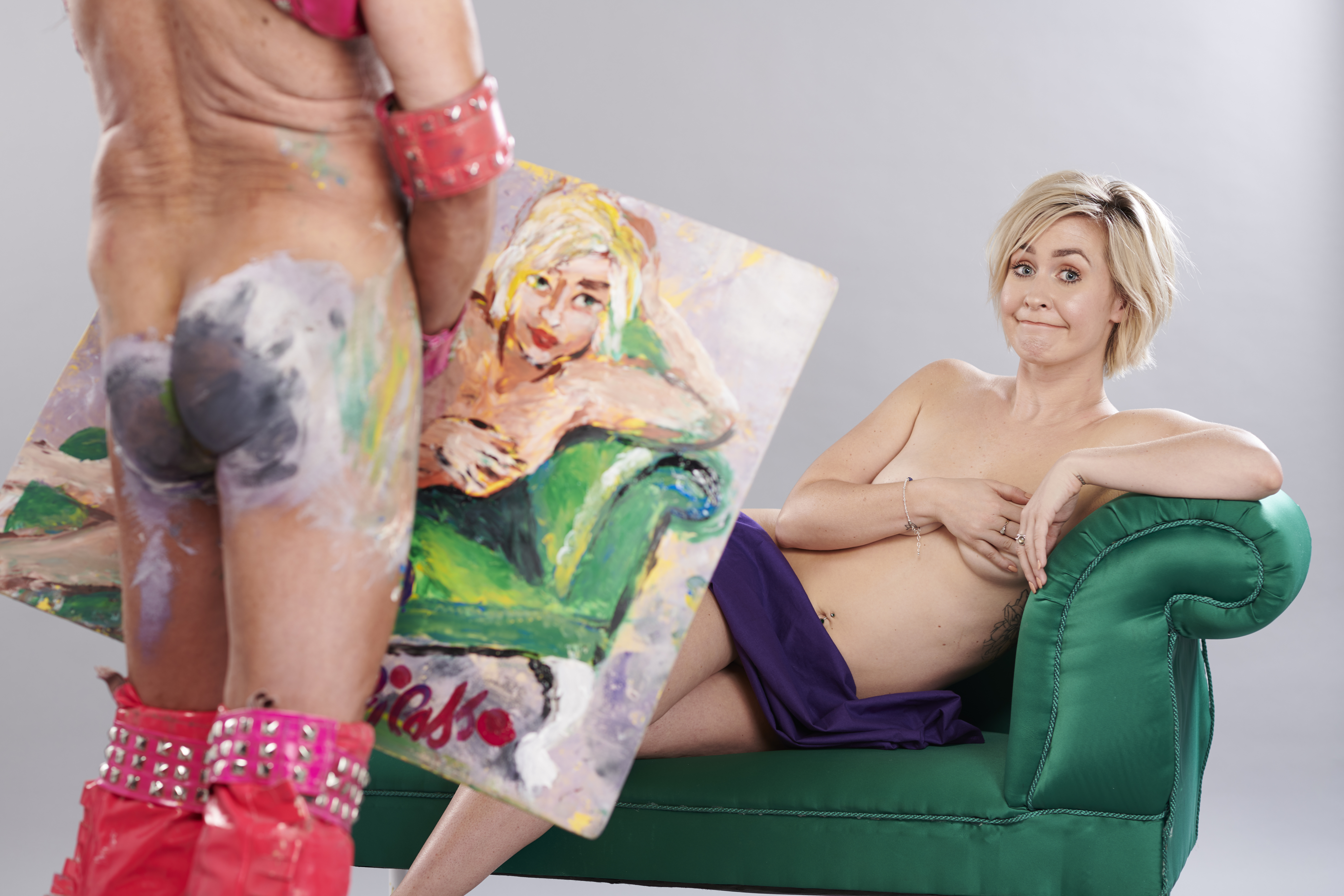 'Most people want me to paint their pets'

His art has led him around the world, and he’s made a full- time career of his alternative performance art showcasing his piece all around the globe.

For the past decade, he has appeared at the largest adult show in the world, Sexpo.

Attendees watch him paint for 13 hours a day over the course of four days.

Pricasso’s talent is also available at private parties or through individual online orders.

Each painting ranges in price from $199 to $1000, depending on your specific request.

I ask Pricasso what his most common commission request is and am surprised to hear that it’s pictures of people’s pets.

“I also get quite a few requests for giant penises, too,” he explains. 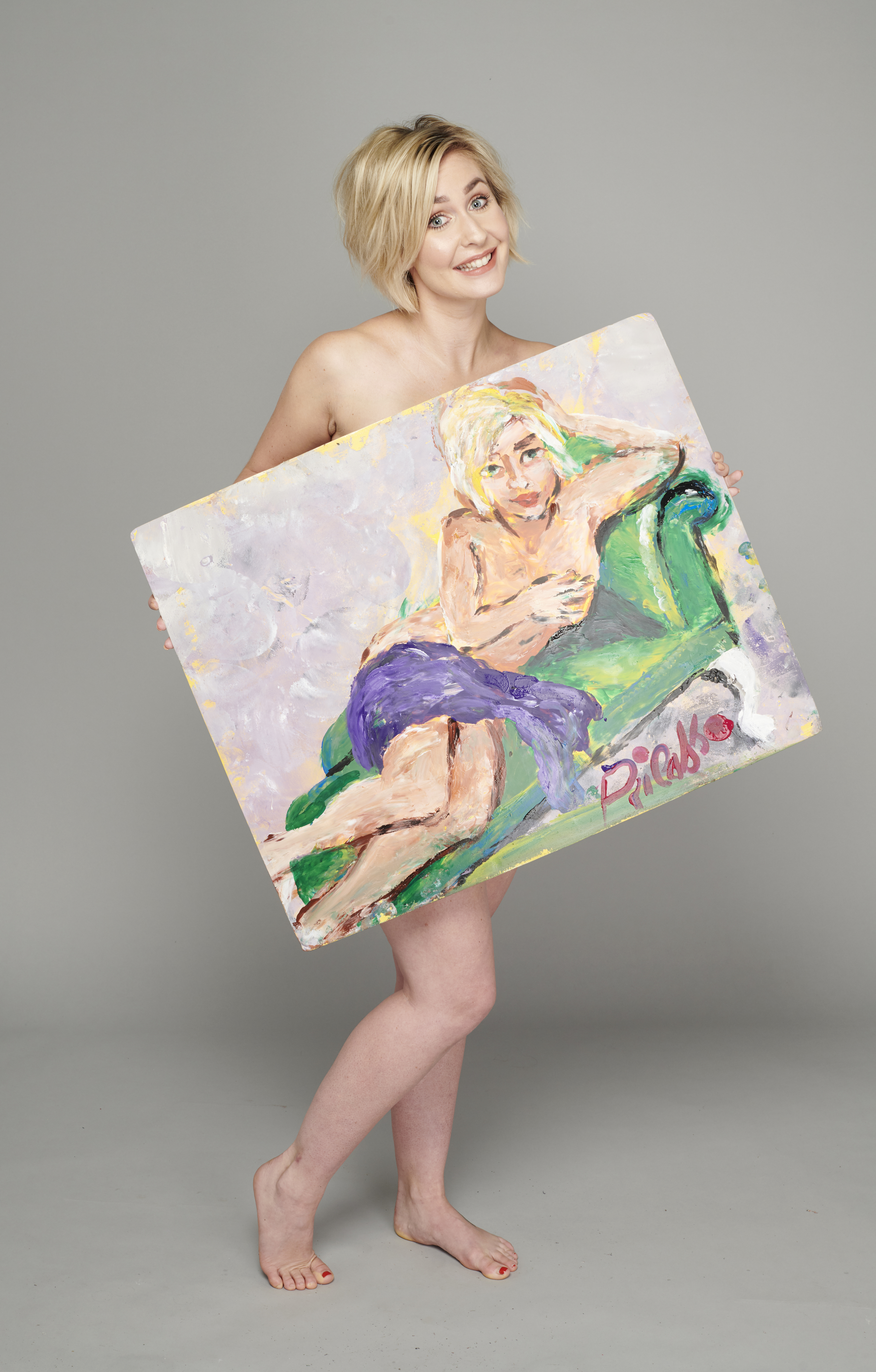 Method in the madness

Twenty minutes after Pricasso flicks the first speck of paint on his canvas, we are done.

“I need to sign it, before I can show you it,” Pricasso says, before promptly popping a paintbrush into the eye of his penis to make a perfect pen.

It’s so unexpected, the photographer and I audibly gasp in shock.

But when it’s time to unveil the finish product I see there is method in the madness – everyone agrees, it’s actually pretty good!

After the big reveal, while I am chuffed with the result, Pricasso looks a little sheepish.

I ask what’s up, to which he confesses: ‘You’ve got blue eyes… not green, dammit’. A real cock up, I am sure.