A 'DRUNK' passenger sparked panic during a flight after he ripped the emergency exit door off its hinges moments before take off.

The man was travelling from Chiang Mai to Bangkok on airline Thai Smile yesterday afternoon. 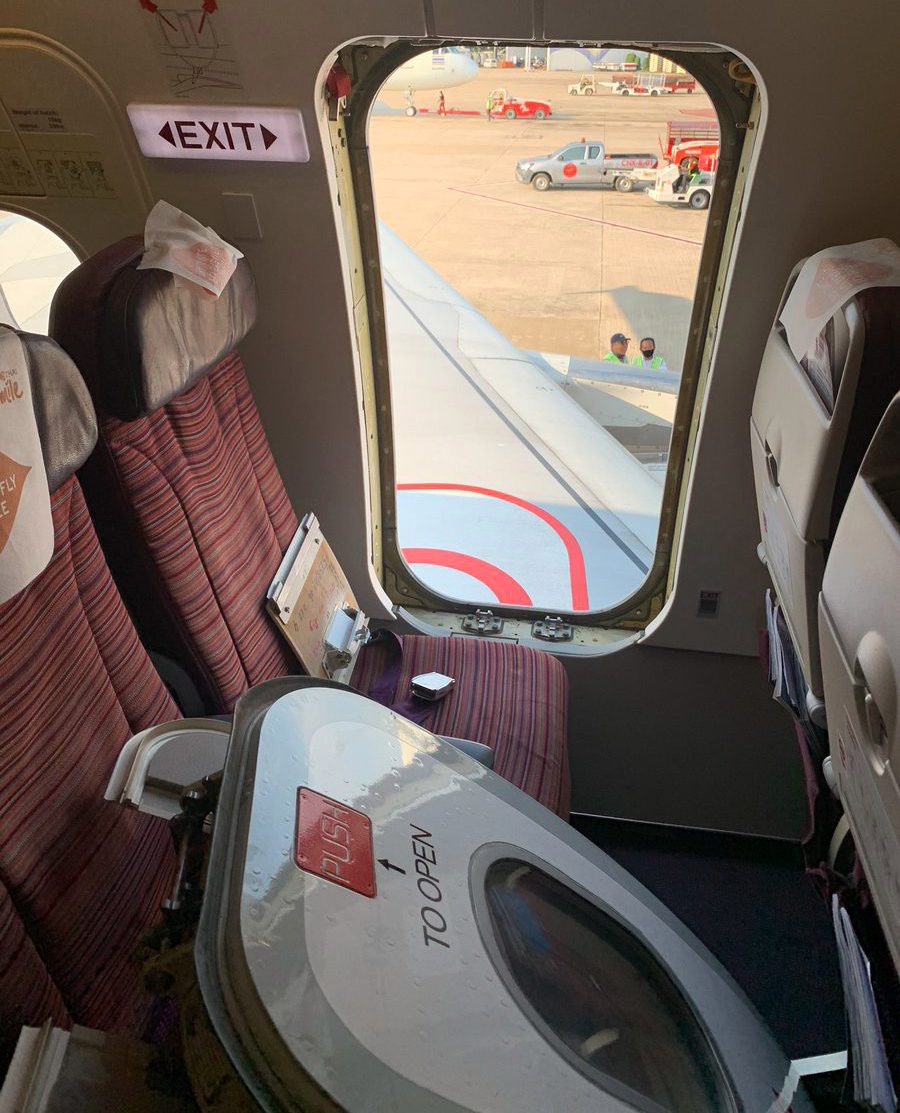 The holidaymaker was on board an Airbus A320 with 86 passengers ready to taxi across the tarmac.

But the tourist – who passengers said was drunk – rushed towards the wing door and ripped it from the hinges causing the inflatable slide to deploy. 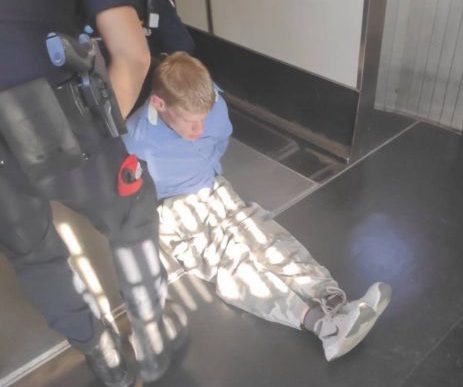 The passenger was pictured wearing jeans, a blue shirt and white trainers after having his hands and feet cuffed inside the airport.

The traveller, who has not been named, was detained in custody while airport officials investigated the incident.

One passenger on board the plane said the tourist was ''drunk'' and had ''opened the emergency door causing a lot of drama and a delay''.

The flight, WE169, had been due to depart at 3:40pm but was delayed. It eventually took off at around 5pm for domestic destination Bangkok. 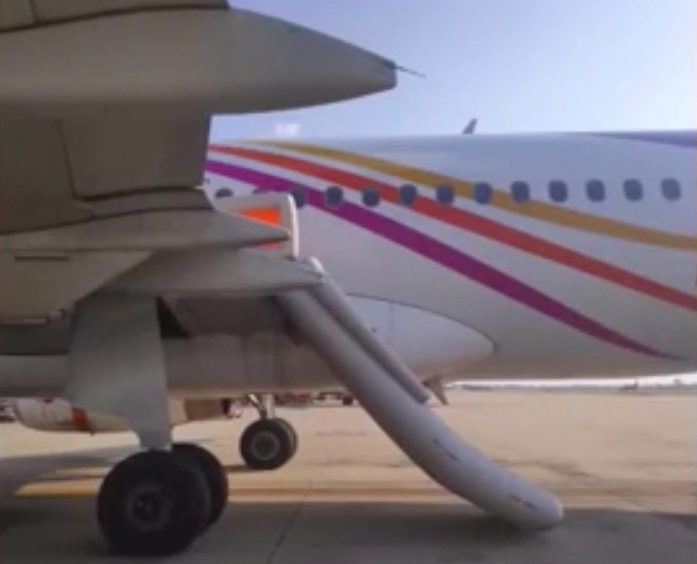 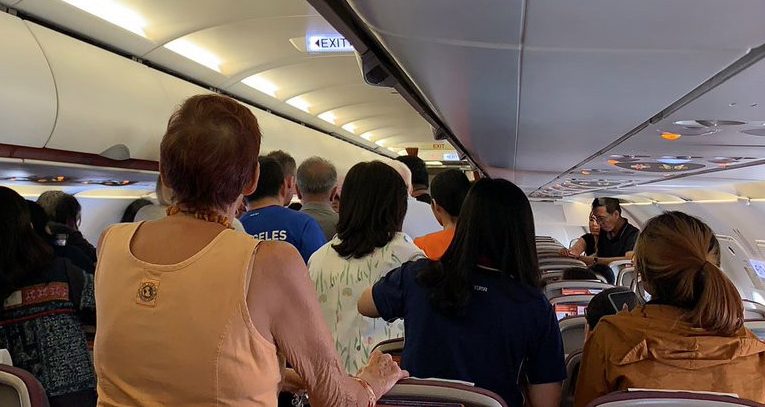 ''After the aircraft door had been successfully closed there was a wait for a taxi to take off.

''A foreign male passenger ran to open the emergency exit door next to the left wing of the plane. The incident caused the emergency door to be opened entirely and an emergency slide unfolded.

''The captain immediately suspended the flight and notified ground officials and security personnel to control the incident.

''The foreign man was detained but it it not yea clear what his motivation was to do this.''

A 'drunk' plane passenger was restrained after he called the cabin crew paedophiles while boarding.

More than 400 people have been arrested in the UK after being suspected of being intoxicated on a flight in the past two years.

You could be fined up to £80,000 or face jail time if endangering the flight by being drunk.