A BRIDE-to-be shopping for a wedding dress shocks staff when she reveals her boyfriend never actually proposed to her.

Mum of two sets of twins, Sarah, is out dress shopping after she and her fiancé, Steven, took it as a ‘given’ they’d get married, as they have four kids together. 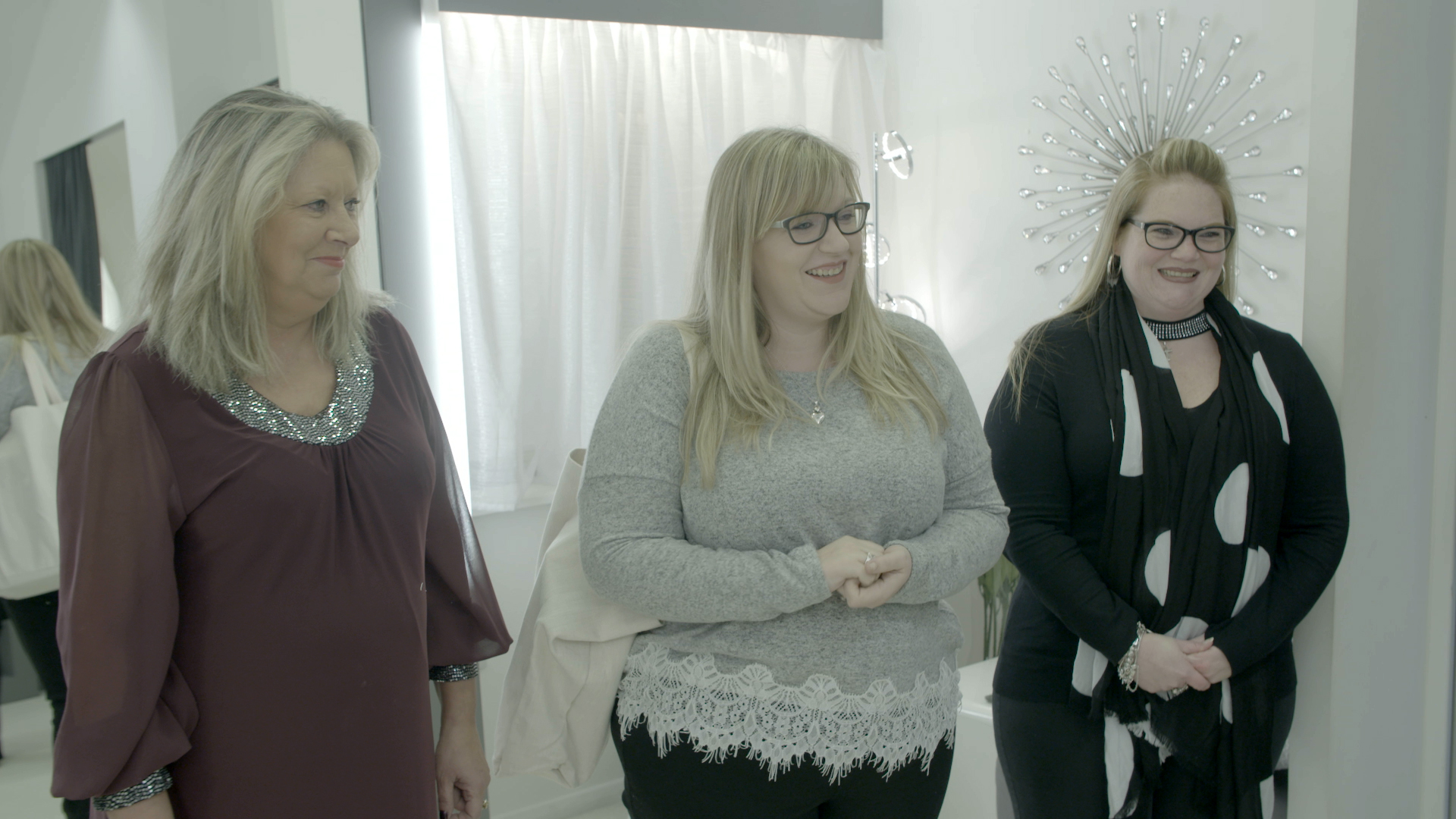 Sarah, who is one of the latest brides to appear on TLC’s Curvy Brides Boutique, says: “Family life is crazy. It’s manic.

“We never get time out!”

“So yeah, there was no proposal. It was a dead given, we have four kids together!”

She admits Steven “doesn’t have a romantic bone in his body”, as she shocks boutique worker Al by revealing he didn’t properly propose. 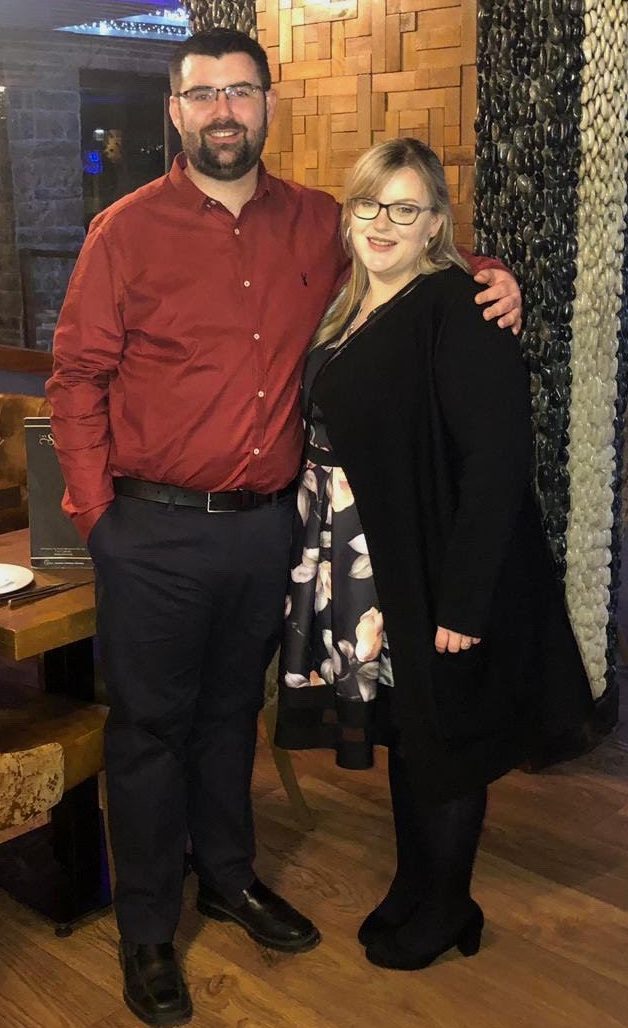 Sarah adds: “He didn’t propose. He came home with the shopping and goes ‘well I’ve got your ring.”

Al replies: “What on Earth!

“They’re planning this wedding as if they’re writing their weekly shopping list. I can’t cope with this. No proposal?!

“Obviously I need to meet this man and teach him out to treat a lady, that’s what I need to do.”

In his defence, Steven says: “I don’t do affection, I’ve got a cringe fear. I hate cringe.” 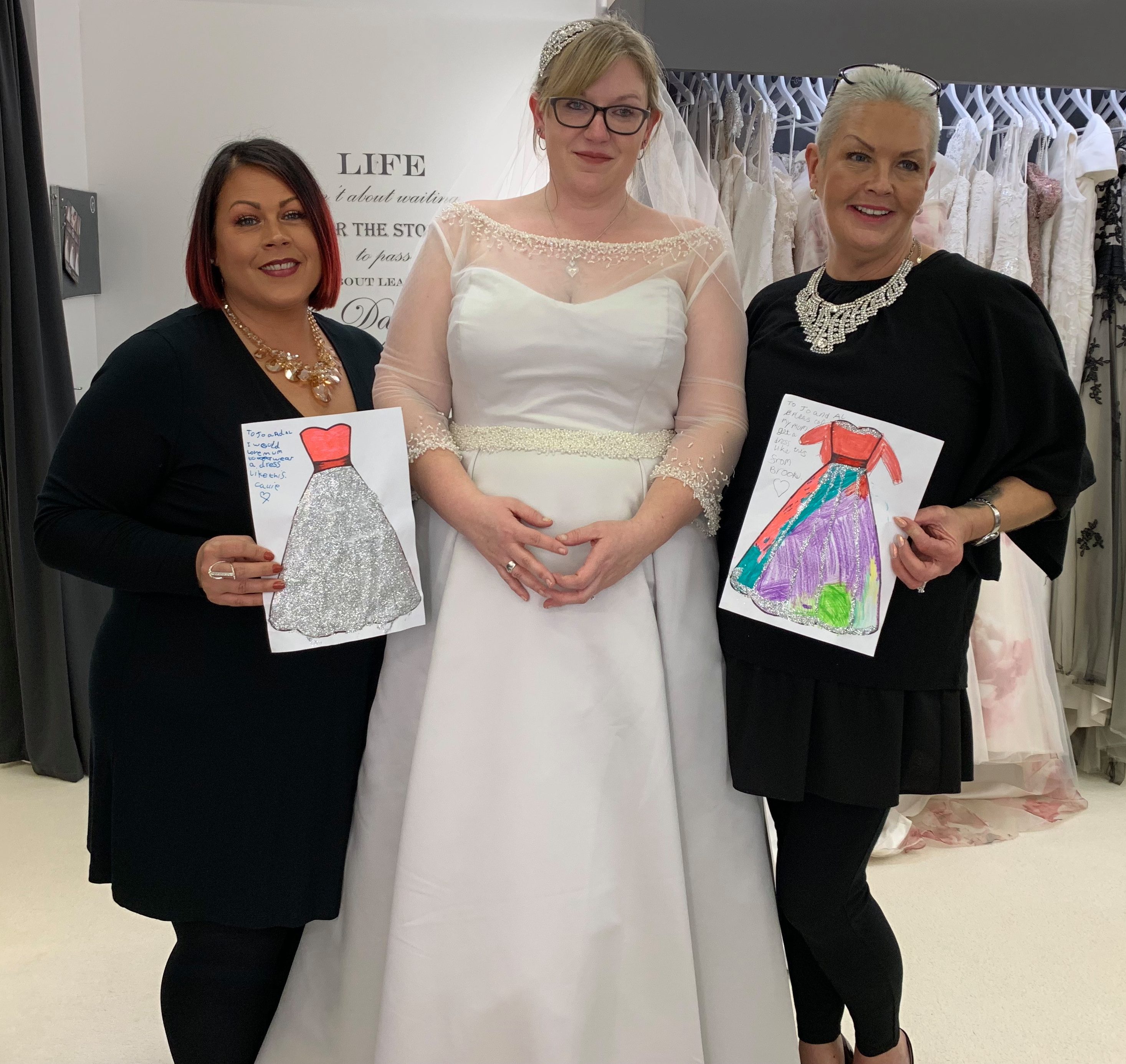 Visiting the boutique with her mum, Lonnie, and sister, Katie, they and Al hatch a plan to give Sarah the proposal she deserves.

Fellow boutique worker Jo realises how important this is to the mum-of-four, saying: “This is really special for Sarah because she’s Sarah the mum, but today she’s going to be Sarah the bride.”

Sitting Steven down, Sarah’s family hammer home how important it is he treats his wife-to-be right, so they babysit the kids and send her out for a surprise. 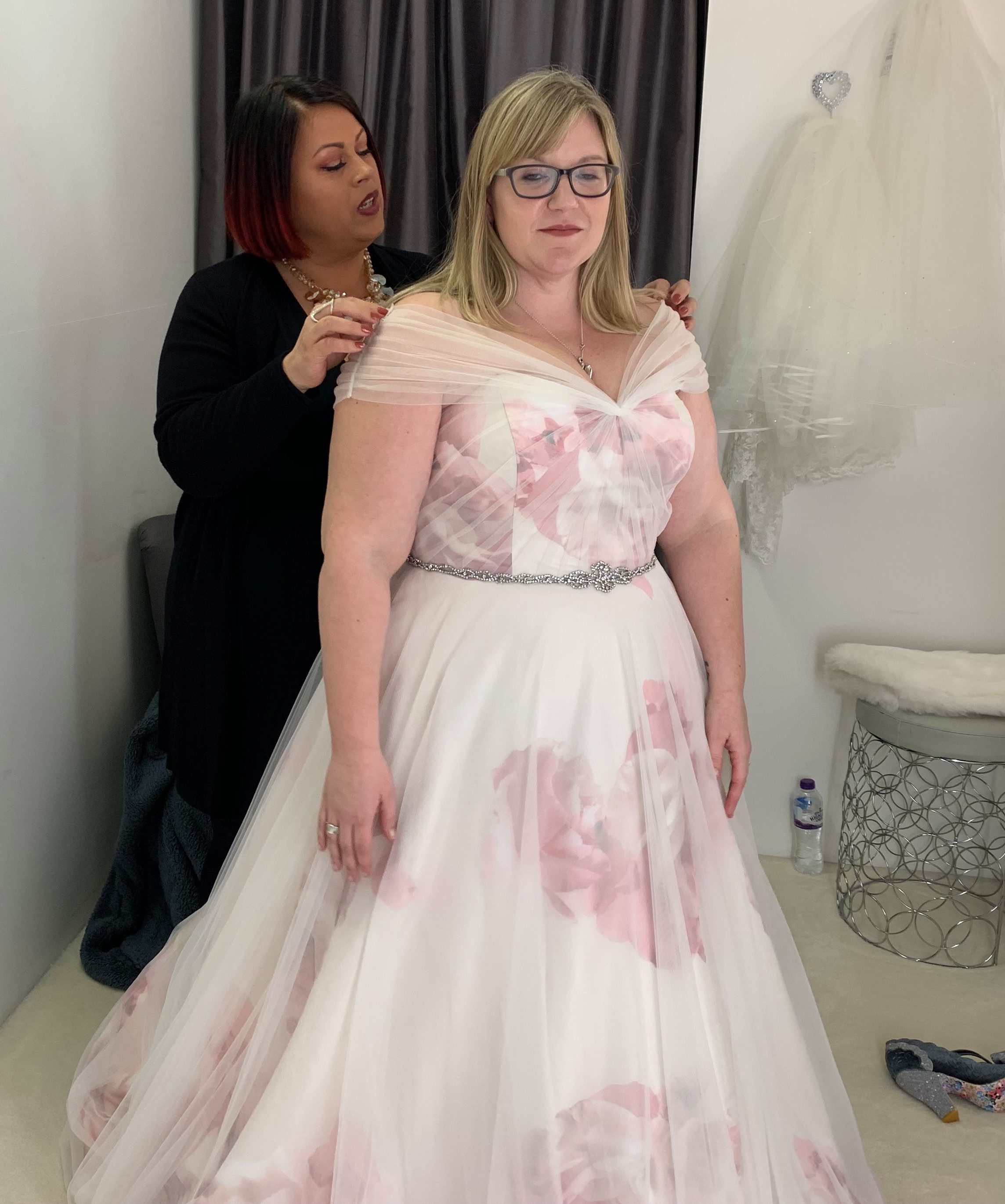 Getting all dressed up, Sarah thinks she’s on a rare night out with friends when she walks into a restaurant – only to find Steven waiting for her.

In shock, she can’t concentrate on the menu as she and Steve enjoy a quiet sit-down meal without the kids, with the groom-to-be comparing it to a first date.

Armed with an emotional speech, he says: “One of the points that I think really does bother you is the fact that you never actually really got proposed to. 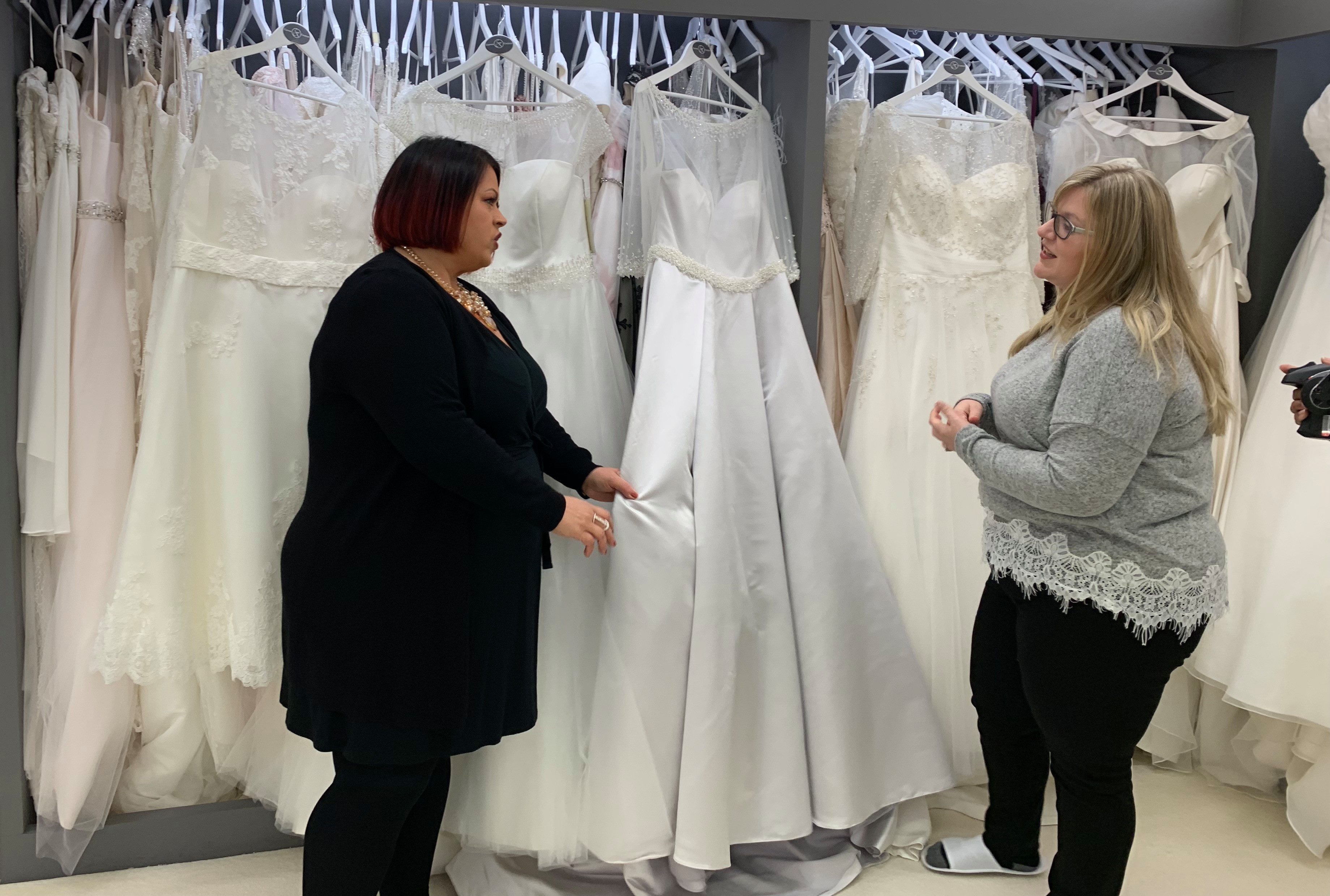 “But what I really want to say to you is that I could not imagine going through two sets of twins without somebody as strong as you.

“I want to do absolutely everything I can for you, and that stretches from trying to help you get a goodnight sleep to looking after you for the rest of our lives.

“And I would like to know if you are still happy to marry me?” 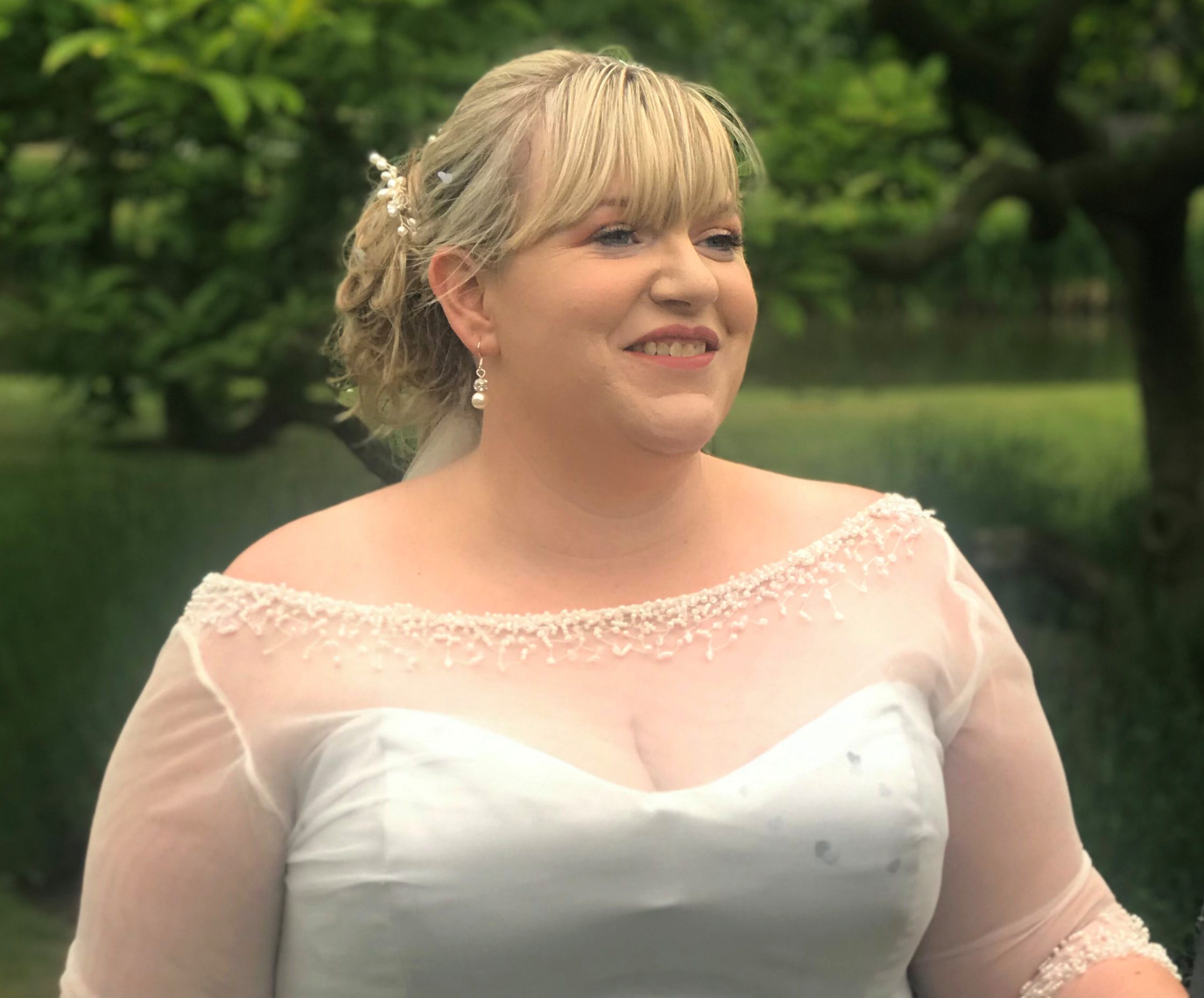 And while he didn’t get down on one knee, it’s good enough for Sarah.

She says: “I do feel like I got my proposal.

“Ok, he might not have gotten down on one knee but I do feel like that box has been ticked.”

Curvy Brides Boutique airs on Fridays at 8pm on TLC.

MOST READ IN RELATIONSHIPS 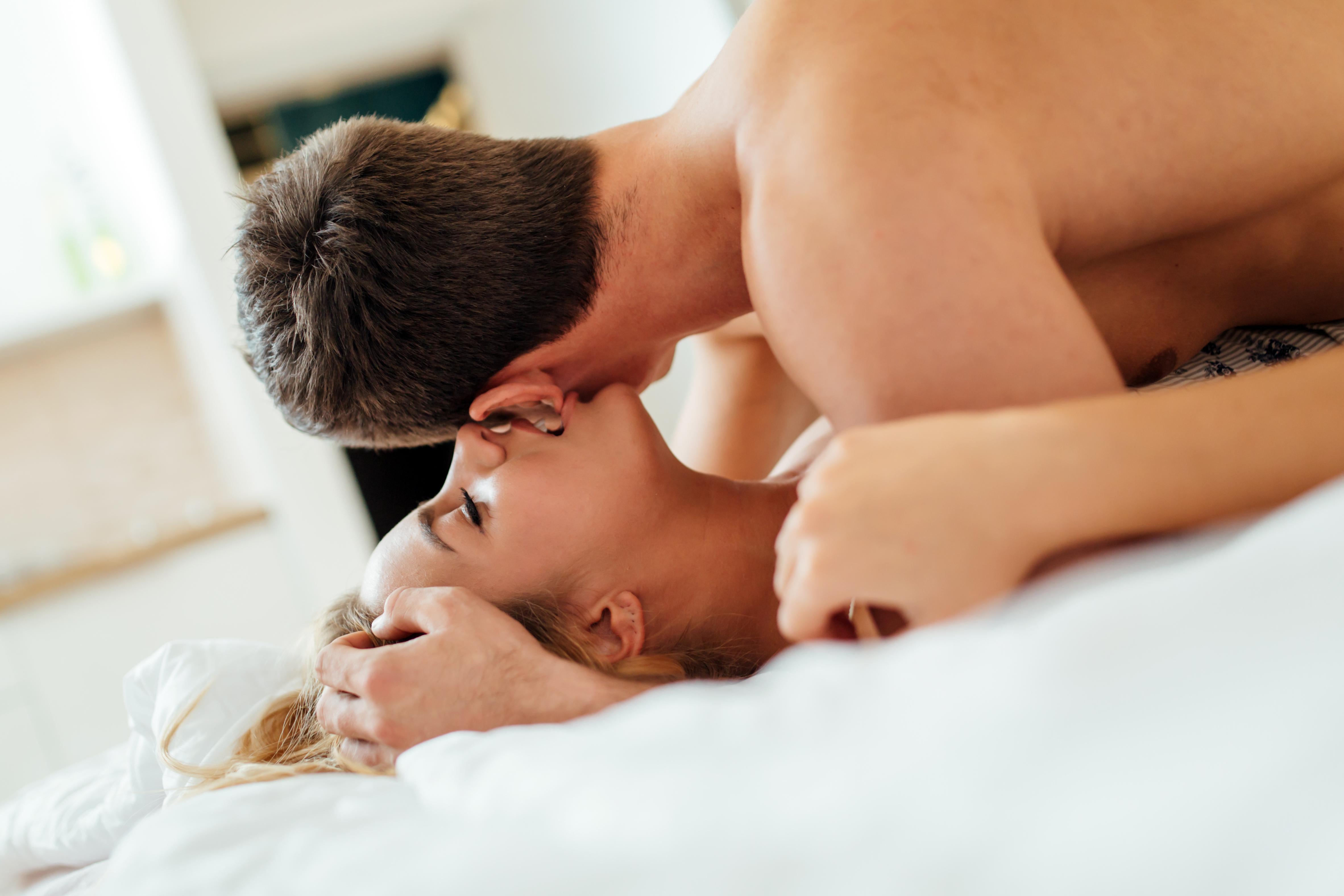 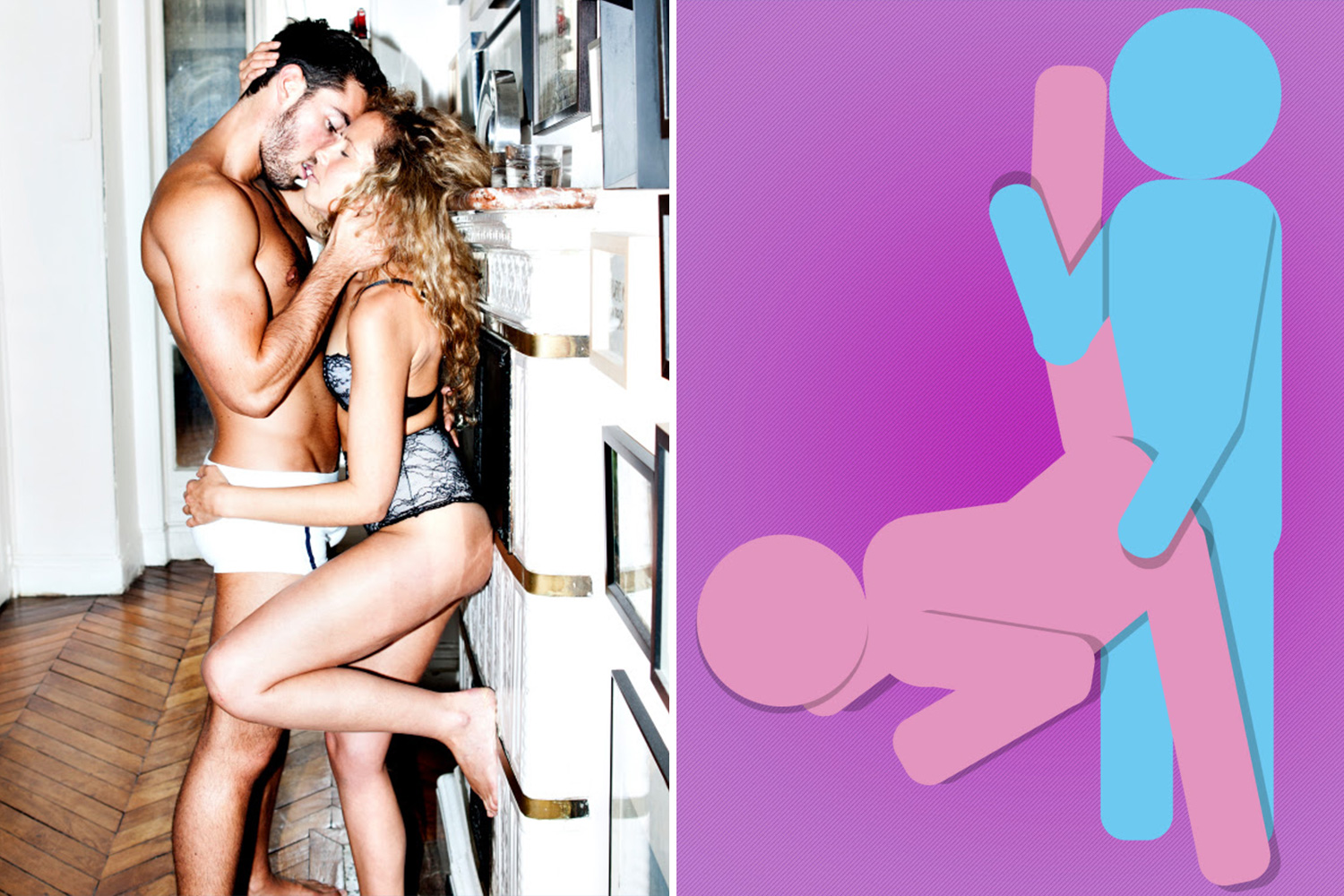 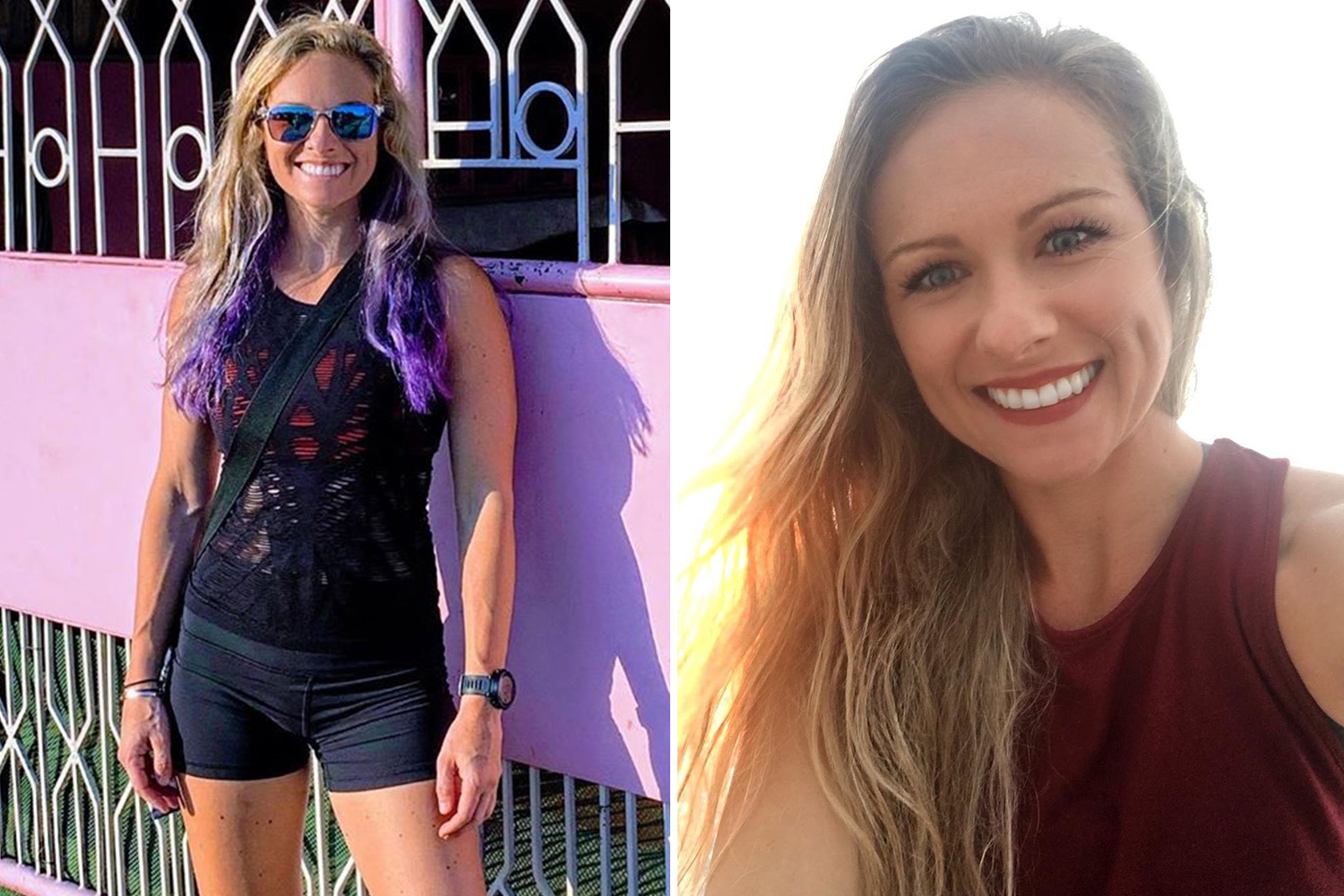 And this blushing bride had 34 bridesmaids – but had planned on having 50.

Meanwhile this bride raged after a guest brought her two toddlers to her child-free wedding.

In more wedding shaming news, this bride-to-be was mocked for combining her and her fiance’s birthstones in an engagement ring and people think it looks like ‘ketchup and mustard’.