A MUM has issued a warning to other parents after her daughter was covered in ‘burn marks’ after suffering an allergic reaction to Daddie’s squirty ketchup.

Leanne Bullard, 39, bought the £1 squeezy sauce from Iceland after they ran out of her usual brand, and served it to her kids alongside their pizza and chips. 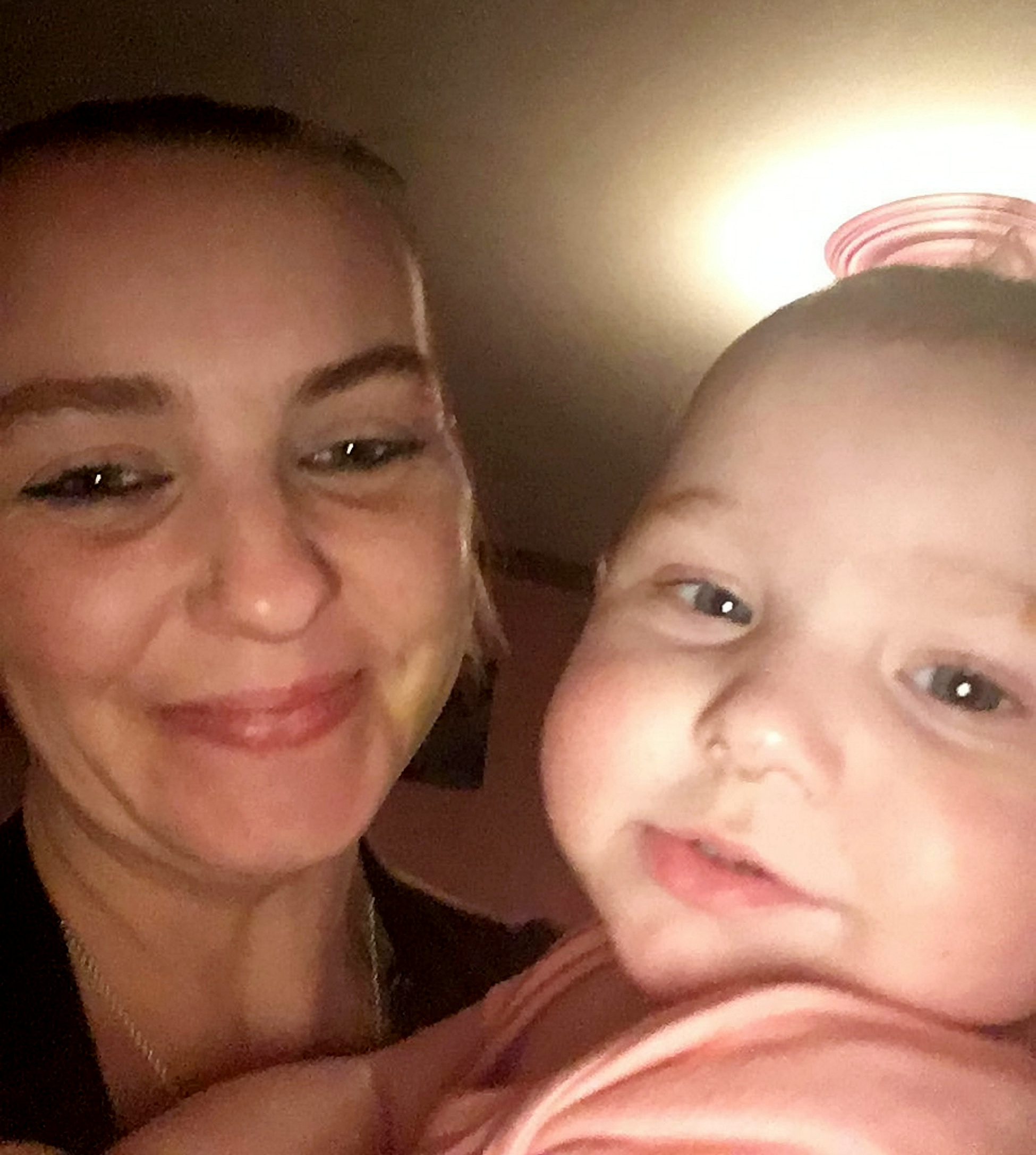 Her daughter, Alice, 18-months-old, ended up covering herself in the sauce during dinner, and Leanna popped her in the bath afterwards to clean her up.

It was then Leanne, from Halesworth, Suffolk, noticed a bright red rash covering her daughter’s skin.

She said: “Obviously I gave it to the kids with their tea and within half an hour – because Alice is only 18 months old – she had got it absolutely everywhere. 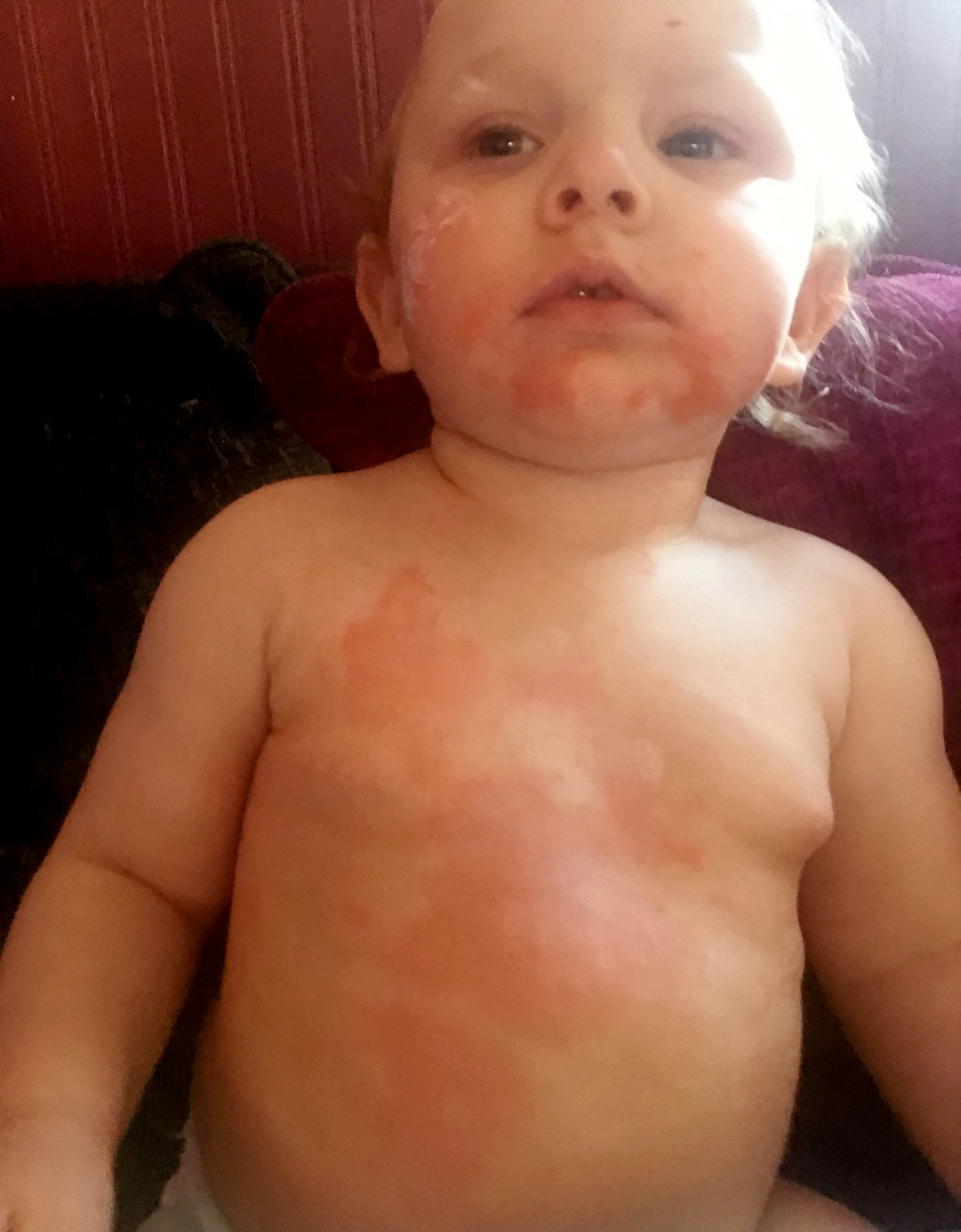 "I got some baby wipes which are the same brand I always use that she had never had a reaction to and wiped it off her.

"When I did wipe it off her, directly underneath where the tomato ketchup had been were red marks and patches.

She dialled the NHS on 101 who told her to watch over Alice, as the sauce could cause her airways to swell as she’d eaten it.

Leanne watched over her for hours until the rash died down, adding she’s never had an allergic reaction before, nor have any of her other children.

After the scare earlier this month, she said: "I sat Googling it and realised that other children had also had a reaction."

Leanne complained directly to parent company Heinz, who informed her the plastic bottle of Daddie’s ketchup contains potassium sorbate, a common cause of allergic reactions. 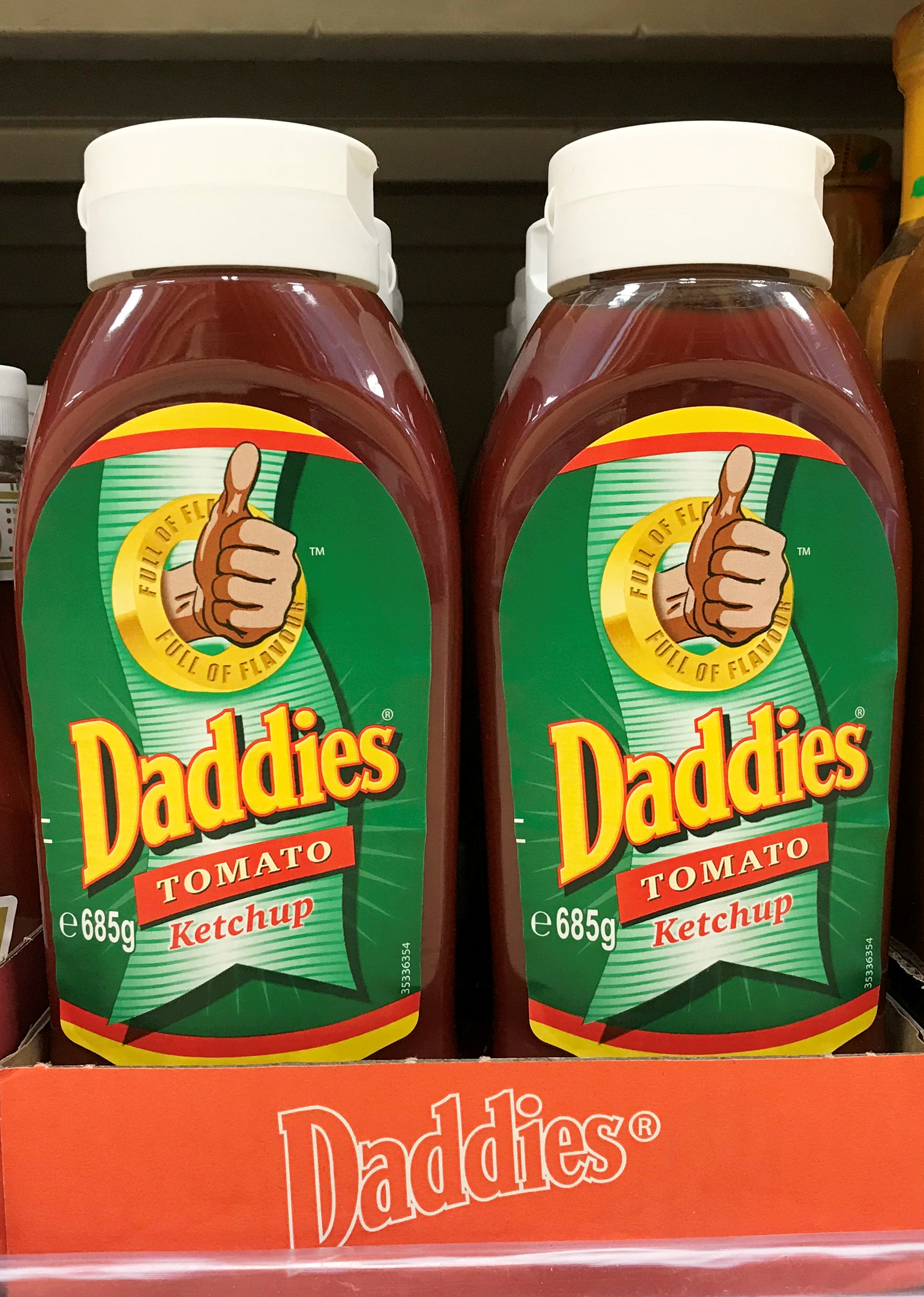 The chemical is used as a preservative, but doesn’t appear in the glass version of Daddie’s ketchup, or in their standard tomato ketchup.

Leanne is now warning other parents about the additive, as she fears other children could have a more severe allergic reaction.

She said: "You would think that being in a plastic bottle you would have thought it was more child-friendly because obviously I wouldn't give a glass bottle to a child.

"Some children could have had a more severe reaction, it could have been a lot worse especially if it had reacted with Alice's throat or her airways.

"That's quite scary for a parent." 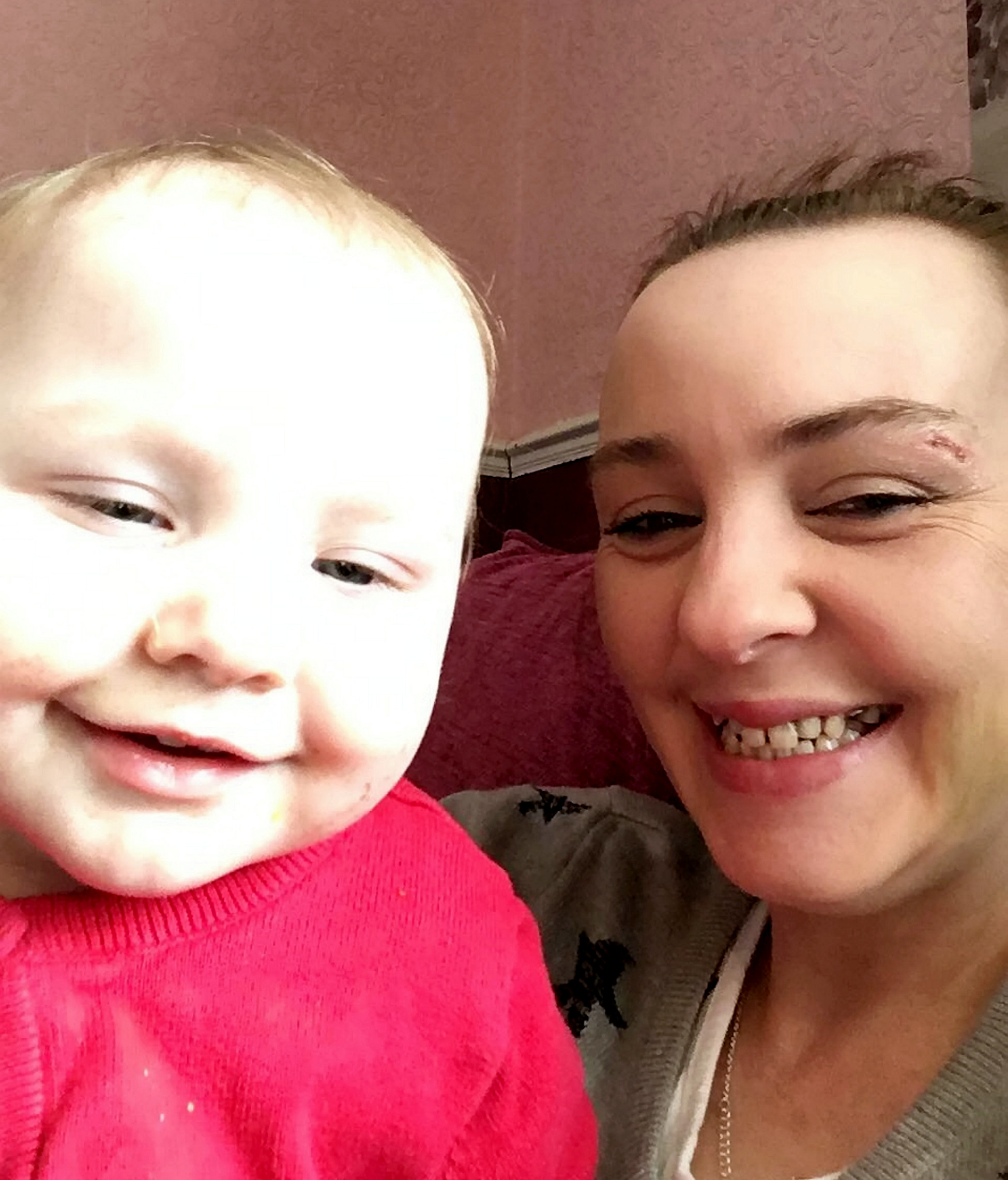 A spokesman for Heinz said: "We were very sorry to hear about Leanne's experience.

"From the information shared it may have been a reaction to the tiny amount of potassium sorbate which is widely used in some foods as a preservative and is part of the recipe for Daddies Tomato Ketchup in plastic bottles.

"We have confirmed with Leanne that Daddies Tomato Ketchup in glass bottles is made without potassium sorbate because of a different filling process, and it is not used in Heinz Tomato Ketchup.

"Of course the details of these recipes are clearly labelled.

They confirmed they had sent Leanna a voucher as a gesture of “goodwill”.

And mums were warned about bow headbands after a woman claims her 14-week-old daughter suffocated while wearing one.

Meanwhile this mum took her daughter to the GP over a mysterious ‘black mark’ – only to discover it was cardboard.

While another mum warned how children snoring could be a sign of something 'sinister'.